With a little help from Oscar the Grouch and his lovely daughter, last week Sarvay brought in his second victory of this epic competition. But who will take it this week? Your vote will help decide…

With a little help from Oscar the Grouch and his lovely daughter, Thea, last week Sarvay brought in his second victory of this epic competition — but just barely. Pharr was right there with him for a while, and Smartt… well, Smartt made some lovely gazpacho.

So this puts our standings at: 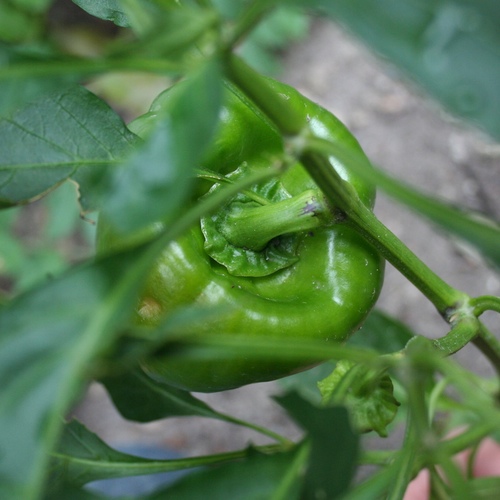 I don’t know why I plant green peppers, since I don’t cook with them. Apparently, our peppers don’t think much of me, either; it’s taken three months for this one to grow. 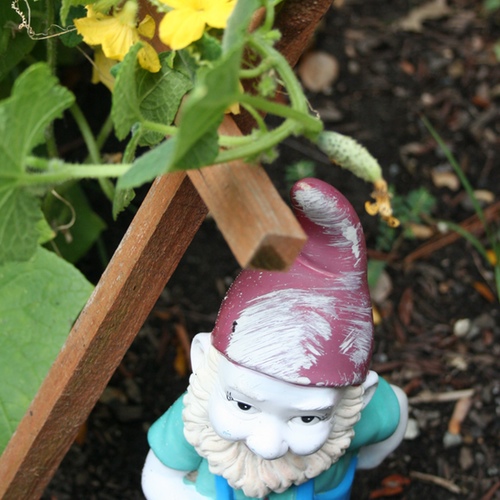 Literally every single semi-ripe tomato in our garden has had a huge bite taken out of it by squirrels in recent weeks. (Note to self: Sell the dog.) But our trusty garden gnome is zealously protecting our cucumbers, including a new batch of baby cukes springing forth. 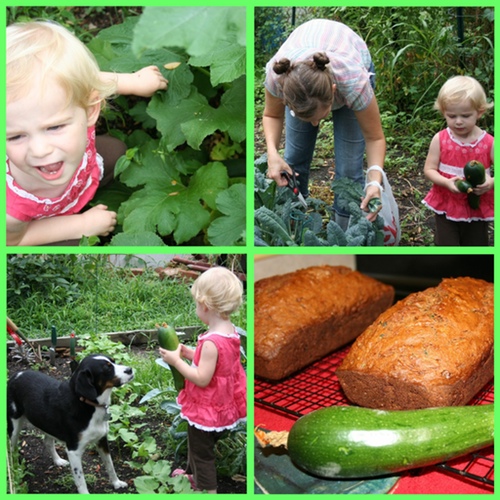 We didn’t hand-pollinate, but Thea was so excited to pick zucchini this week. She paraded around the garden with them, while Nikole harvested more kale. Thea initially offered them to Rilo, but ended up in the kitchen with them, helping Nikole bake some delicious bread. (The four stages: Pollinate. Pick. Parade. Produce.) 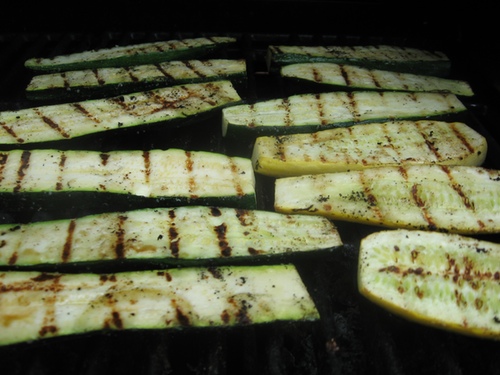 When you have over 75 squash/zucchini in one season, you bake it, fry it, eat it raw, but my most favorite? Grill ’em up! 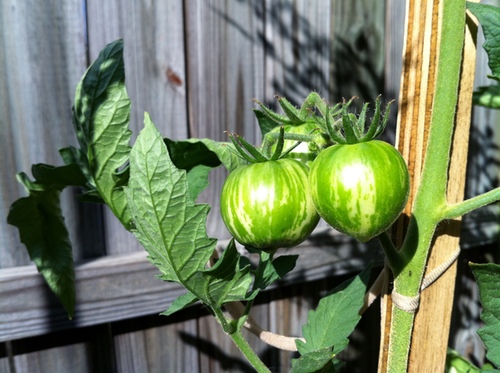 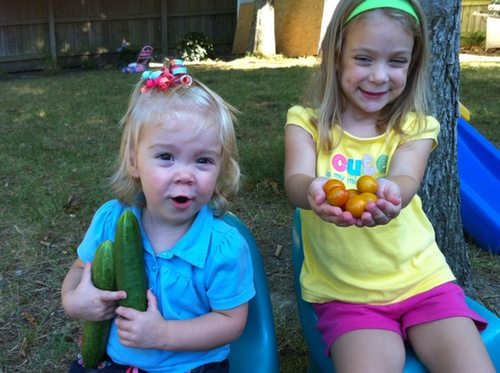 This photo represents what each kid LOVES about the garden. Halle loves eating tomatoes right off the vine, and Kyla will take a bite right out of those cukes! (and did) 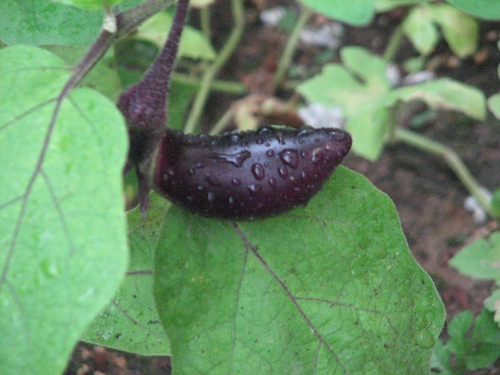 A rare sight in Richmond of late. Not the eggplant itself, but the water on the eggplant. It actually fell from the sky in the form of rain. 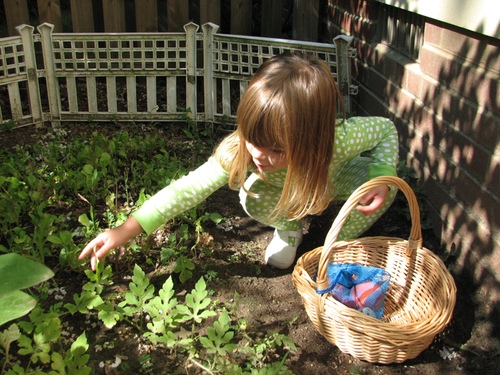 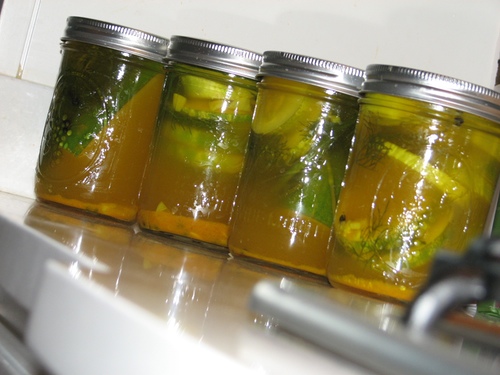 An experiment in deliciousness. My first attempt at making dill pickles out of four cucumbers we picked last week. I made up the recipe and would be happy to share…assuming these guys are a success…in a few weeks.

Cast your votes in the comments and tell us…