The Flying Squirrels don’t suck (and bring you fireworks!)

Yes, the Squirrels are 1-6, but no, we do not suck. A record like this would be bad for a basketball team, awful for a football team. Baseball seasons play out to different rhythm, though, and a lot will happen in the 135 games set for the weeks between now and September.

This really is going to be fun

There are promotions planned for every game of the foreseeable future, including tonight’s “celebration of bringing baseball back to Richmond” which features the Kings of Swing Band on the Ultimate Family Entertainment Zone Main Stage, One Love Caribbean Steel Drum Band at the gates, and juggler Jonathan Austin roaming the concourse. A “fireworks extravaganza” will follow the game, after which kids are invited to run the bases. Oh, and there will real live flying squirrels. The game is sold out and promises to be a blast.

Can’t make it out tonight? The Flying Squirrels play 7 home games before heading back out on the road.

“One question, do we suck? I’m not a baseball fan so like 1-6 in any
other sport is death.”

Yes, the Squirrels are 1-6, but no, we do not suck. A record like this would be bad for a basketball team, awful for a football team. Baseball seasons play out to different rhythm, though, and a lot will happen in the 135 games set for the weeks between now and September.

The Squirrels are putting up better numbers than their record would indicate. The team pitching is middle of the pack so far. The collective 3.41 ERA puts RVA at 7th in the 12 team league. The six teams with better numbers than the Squirrels are collectively 27-15. The 12 Eastern League teams have allowed on average 52 hits through their 6 or 7 games; the Flying Squirrels have allowed 55. The hated Bowie Baysox and Altoona Curve averaged 3.4 runs per game against the Squirrels. This is all solid, not anywhere near “do we suck” territory. 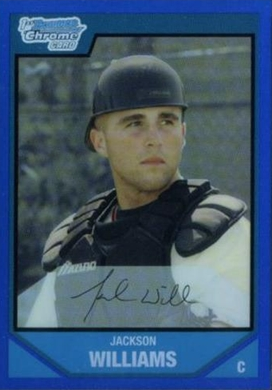 Another new Squirrels fan asks “What’s going on with our offense?”, and this starts to get to the nitty gritty of it. Check this, though: the hitters are hitting. At .438, Richmond catcher Jackson Williams has the 3rd best batting average in the league. Short stop Brandon Crawford comes in at 5th with a healthy .381. The .235 team average is good for 5th in the league. Not great, but again, not “we suck” either.

So the pitching is 7th best, hitting is 5th. This should be good for a winning record, say 4-3 at least. How are the Squirrels 1-6? Where is the hole?

Simply put, the Flying Squirrels are having problems getting runs. A recent stretch of 20 scoreless innings across 3 games vs the Curve is a huge example of this. While the Squirrels are getting men on base, the hitting then falls off and they’re not knocking in the runs. They’ve stranded an outrageous number of runners per game so far, each one a missed opportunity to score. They have, in fact, left more runners on base than any other team in the Eastern League.

Chalk this up to bad timing and a quirk of the numbers, a glitch of the early season more than anything fundamental. Keep watching, this’ll turn around.