For about a twenty-game stretch, VCU-ODU was the best rivalry in the Commonwealth and it was one of the better rivalries in the nation. The teams split that stretch 10-10 while battling every year, oftentimes playing three games in a season with conference titles or conference tournaments on the line.

In 2011, ODU looked like a team that could go deep in the NCAA Tournament, and they would have if they hadn’t been forced to play Brad Stevens in March. The Rams went and stole a game in the Ted Constant Convocation Center. Then the Monarchs handled VCU in the Siegel Center–which is also the last time VCU wore gold jerseys before Sunday.

The entire season culminated on March 7th, 2011. VCU faced top-seeded ODU in the CAA Tournament championship. Chalk flew. Frank Hassell’s elbow caught Ed Nixon’s face. It was one of the most physical games VCU has ever played. The Rams ultimately lost, but outside of last season’s Butler game, it was one of the most intense games I have ever witnessed.

Maybe it was the “wintery weather.” Maybe it was the early starting time or the fact that it is exam week, but something was different on Sunday. Gold jerseys, Sophia singing the national anthem, and @VCUPav’s twitter gold aside, Sunday not only didn’t feel like a rivalry, it barely felt like an average game in the Siegel Center.

The Rams walked out of the tunnel before the game and after halftime. There were more empty seats in the stands than there ever should be for a program that has sold out 40 straight games. Outside of Mo Alie-Cox‘s near rim-breaking put-back dunk, the Siegel Center didn’t go above 103 decibels for the first 27 minutes of the game. The last time the Stu failed to break 103 decibels was when Longwood came to town last season. Where were the typically vocal and present ODU fans? (answer: they were on ESPN.com reading about ODU football recruiting.)

This rivalry isn’t dead, but it felt like it was on life support on Sunday. These teams have 89 rich games of history between them, but Sunday warranted asking the question, “does calling a game a rivalry game make it a rivalry game?”

We’re not entitled to winning a game like that just by stepping on the floor. I think anytime you’re around a program as a player, a coach, an administrator, a fan, a media member, anyone, and that program has had a lot of success, you have to battle entitlement. It’s very, very easy to show up at the arena and say “we’ve got this.” Well it doesn’t work that way. You don’t have anything. You have to make it happen. You have to play possession by possession. Early in the game we struggled with that a little bit.Coach Smart

Outside of Juvonte Reddic and Treveon Graham, the first 27 minutes aren’t worth reliving. VCU has been digging holes but have been finding ways to win anywas. It’s not really sustainable, but the Rams are also 8-2. 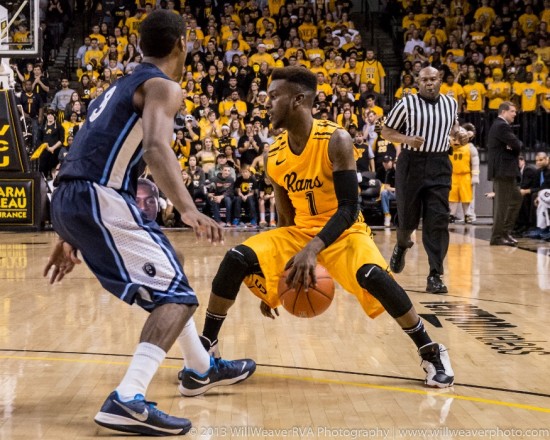 With 12:53 remaining in the second half, Aaron Bacote hit a 3-point jumper to put ODU ahead 41-40. JeQuan Lewis responded with a jumper which started a 13-0 run for the Rams. The cumulative effect of the press had taken its toll, and the Monarchs couldn’t score and couldn’t defend. ODU made just three field goals in the final 12:53 of the game.

The Rams did plenty of promising things in this game. They grabbed 27 offensive rebounds which led to 30 second-chance points. Juvonte Reddic had a dominant game inside after the Rams were forced to win entirely from the perimeter against EKU.

VCU also did plenty of things that hopefully won’t continue. ODU grabbed 14 offensive rebounds and forced the Rams into 14 turnovers. Early in the game, ODU found many high percentage shots in the paint that were scarily similar to what EKU did on Thursday.

Some are down on VCU right now. It’s important to remember, the Rams are 8-2 and they just beat ODU by 21 points. There are two mindsets that one can adopt about VCU right now: 1) The sky is falling because VCU has flaws, or 2) VCU is winning games, and they have things that they can fix by March making them way better. The only thing worse than being a flawed team in December is being an unflawed team with nowhere to go in December. 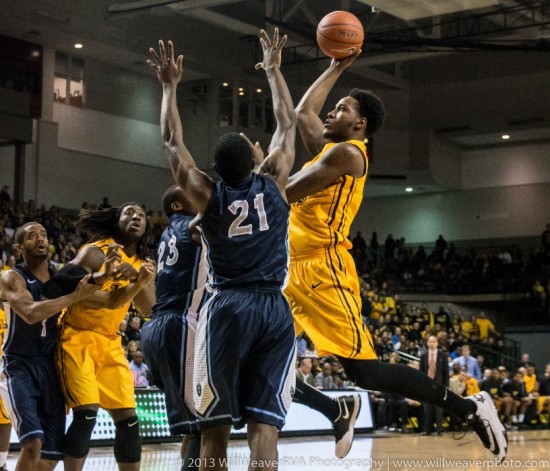 Unfortunately he’s always been a slow starter. If you look back, every year it just takes him a little time to round into form.Coach Smart

Ten games in, Juvonte Reddic is finally playing basketball that is comparable to the end of last season. After only attempting four shots against EKU’s 2-3 zone, Juvonte Reddic was poised for a big game in his seventh and final battle with ODU. He delivered one of the best performances of his career while tallying his fifth double-digit rebounding effort and fourth double-double in the last six games.

On one play, Reddic made a nice twenty foot drive to the basket only to have the basketball stripped. After the game, Coach Smart said in the past Reddic responded to things not going his way by quitting on plays and even asking to be taken out of the game. On Sunday after the turnover, Reddic immediately ran back on defense and swatted a dominant block in transition. 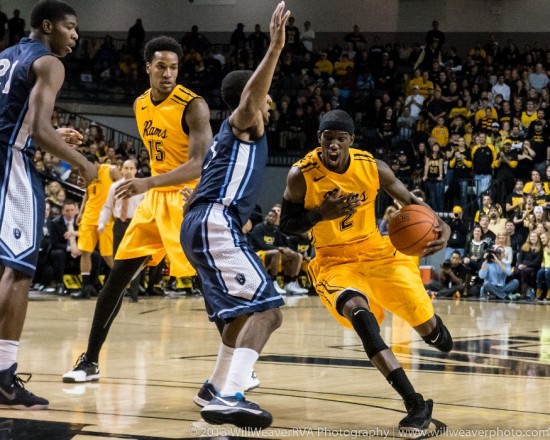 VCU visits Northern Iowa on Saturday, December 14th at noon. The game will be on ESPNU. The Panthers beat La Salle by 15 points in November and they recently took #17 Iowa State to overtime. 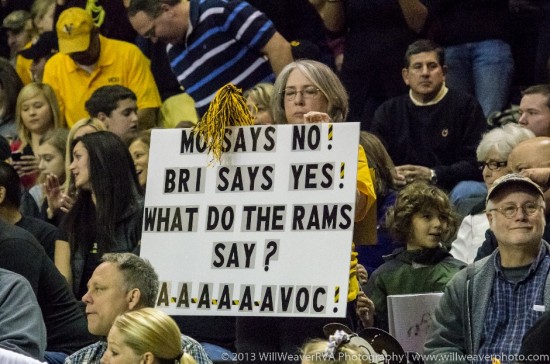