Welcome to our new column by history maven Maat Free, which takes a theme and follows it through Richmond’s history, into our present and beyond. This week: Richmonders who opened lanes where there weren’t any before. Here’s to people fixing what’s broken with no fux given and to being ballsy enough to believe in their own solutions, even when nobody else gets it yet. Rock, rock on. 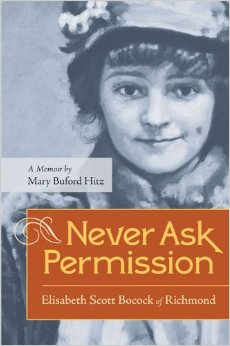 Born in 1901 right here in the River City, Elisabeth Scott Bocock is as Richmond as any human being can get. She went to St. Catherine’s before it was even called that. Her Daddy founded Scott and Stringfellow and made incalculable piles of cash. Her people were straight up paid. She was literally the first person on the planet to receive a degree from VCU but kept on studying until she had a Horticulture degree from Temple plus two more degrees after that.

Seeing what was needed in the city and having no concern for asking if it was OK, this woman created, from scratch, the following bedrock institutions: the Richmond Symphony, the Visual Arts Center, Preservation Virginia, Historic Richmond Foundation, Maggie Walker Foundation, plus spearheaded the revitalization of Jackson Ward, Church Hill, Maymont and so much more.

She had this wildfire boldness that would not be extinguished, and she was determined to bulldoze over the old Richmond to create something historic but better. This woman stopped at nothing until her vision became our current reality. That vintage vibe you love so much about RVA? Thank her for it. So yeah. Props, Miss Elisabeth. Salute.

Read the book. Be inspired. 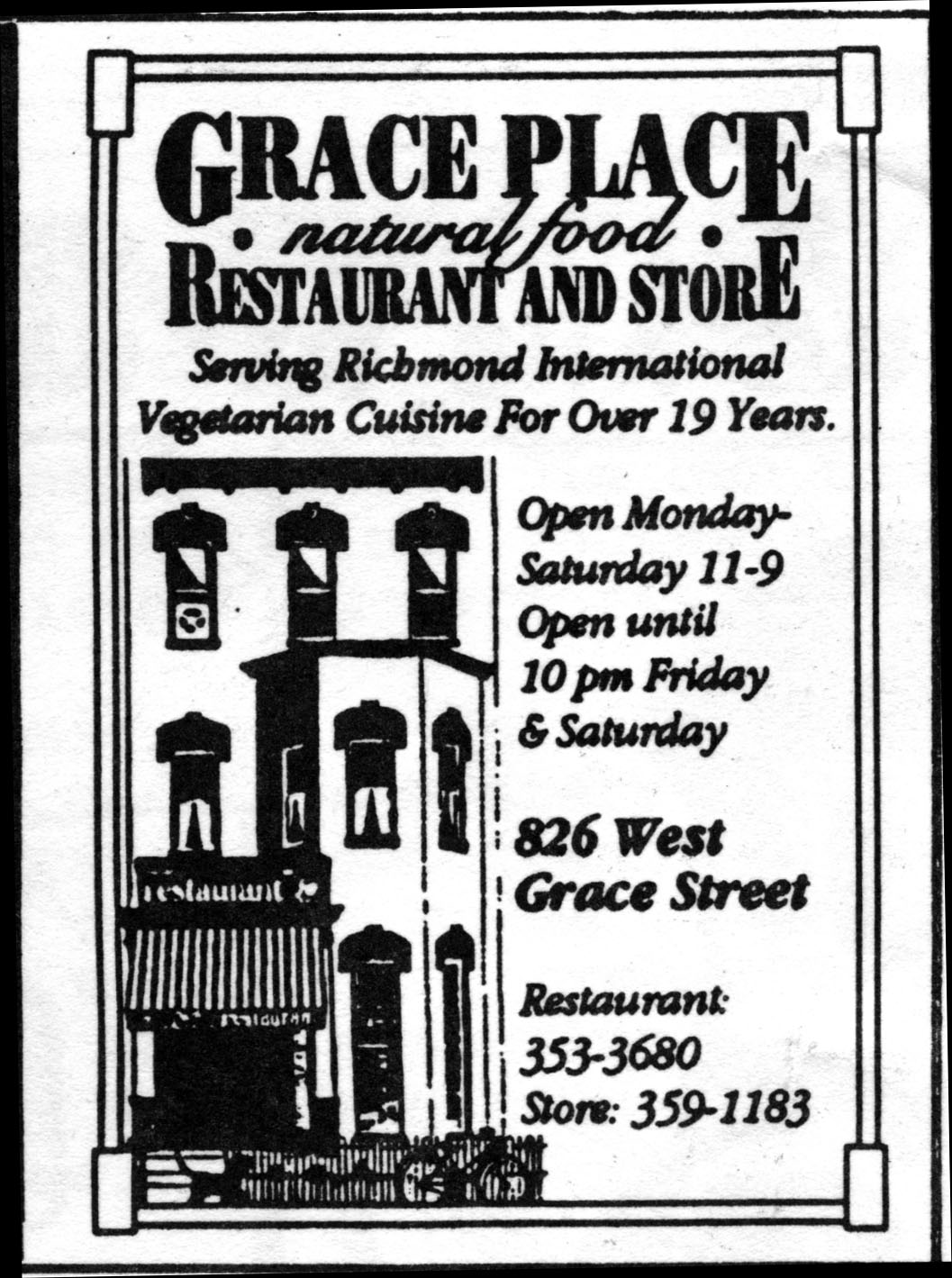 Grace Place restaurant is what happens when granola crunchy, health nut foodie type people decide to make a lane where there is no lane. This iconic restaurant opened in 1973 and for quite a while, it was the only place in town that you could buy Dr. Bronner’s soap, Bragg’s liquid aminos, and a variety of essential all-natural products hardcore vegans could never live without.

Grace Place occupied a quaint Victorian with an ornate iron fence around its front yard, right in the heart of VCU. They served the most delicious plant-based meals imaginable: tofu fishless fish, vegetable stir-fries, sandwiches with nut meat fillings, hearty soups and scratch-made desserts, all from the back of their teensy little kitchen. Everything was organic and they only used filtered, purified water. Many an old-head will tell you without hesitation: Grace Place was the *ish. Without their DIY commitment to go where no Richmonder had gone before, there would be no green scene around here, not like it is today.

Thanks, Grace Place, for feeding the vanguard and for planting good seeds in the local healthy living community. We appreciate you and your legacy lives on. 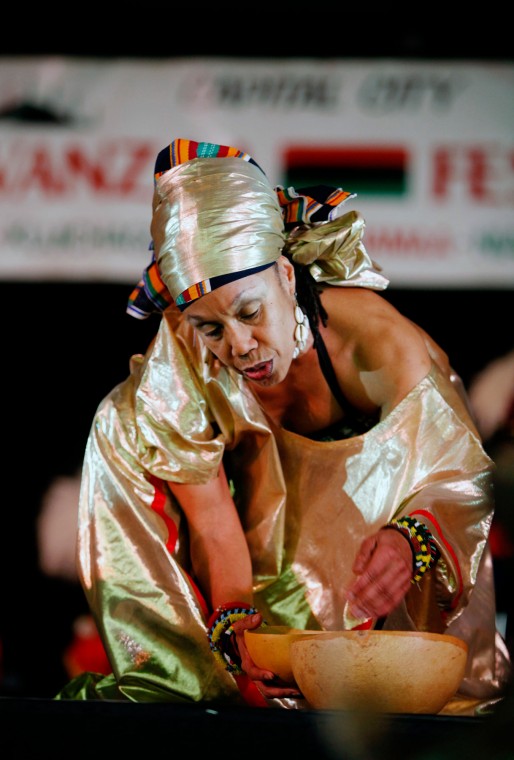 There is no debate over who’s curated the most consistently profound series of Internationally recognized Black cultural icons to tour RVA. All would agree that Richmond’s Cultural Ambassador is indeed the Elegba Folklore Society.

Here’s what you might not have known: Every year, the EFS Guest Lecture and Performance roster continues to expand out of all four corners of the globe. Founder Omilade Janine Bell is to be celebrated and acknowledged for having unwavering Self Determination and a true DIY spirit.

EFS has over 20 years of bringing us the very best examples of Black Excellence and Creativity. The Society has hosted everyone from Iyanla Vanzant, Ruby Dee, The Last Poets, Bilal, Dick Gregory, Hidden Colors’ Dr. Umar Johnson, deadprez, The Wailers, and countless others. Also thanks to EFS, Richmond has a designated space for local performers, artists and cultural advocates to share their gifts with an ever-growing audience that appreciates the rich heritage of African traditions expressed throughout the Diaspora.

Mama Omilade, may you continue your work and be blessed with all that you need in double portion so that there is enough for yourself and plenty to share. May it be so.

Certainly you’ve seen those street signs and park benches and different kinds of poles, all wrapped in a rainbow of custom knitted glory. They show up in the most random spots in town. If you haven’t come across one, just give it a couple of days and you’ll probably start seeing them all over the place. There’s actually a name for this. It’s called “Guerilla Knitting” or sometimes “Yarnstorming” and it’s basically street art that’s designed as a random point of focus in our urban environment, with the power to bring forth involuntary smiles. As it turns out, the super-stealthy yarn bomber splashing rings of color in the most unlikely places officially goes by the name of The Knitorious M.E.G.

Yo, I really dig her. I’ve never met her but she’s all right with me. Clearly, she’s a fan of old school hip hop, plus she’s super crafty, and she shows mad RVA love without permits or licenses. Basically, she’s just out here doing her DIY thing. Which is dope. And we respect that.

Check out her site for more of her knitted Love Bombing escapades.

5. The RVA of Tomorrow 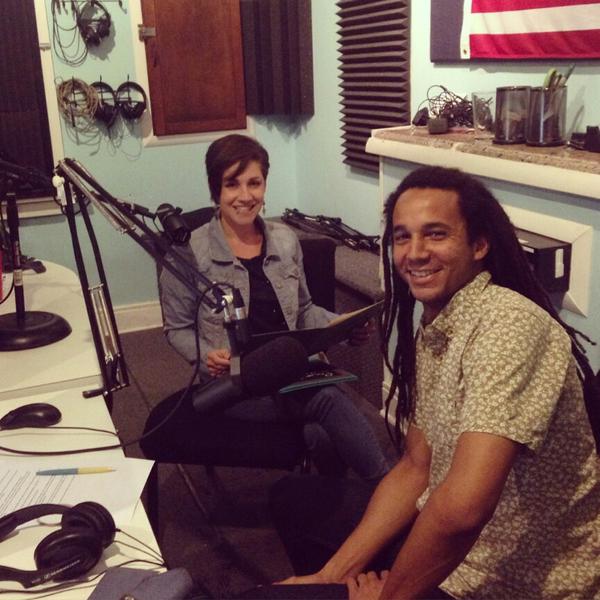 Here’s where DIY creativity intersects with the intrigue of overhearing a really good conversation between two fascinating people. Have you ever thought you knew a person and then they tell you something random that totally makes you get them in a whole different way? That’s what Josh Epperson does every time he brings a new guest into the studio and records them for his WRIR 97.3 radio show. It began with nothing more than the gut feeling that if he looked for it, there’d be magic in the backstories of so many dynamic Richmonders who are out here doing all sorts of awesome stuff in the world. Josh’s talent is his innate ability to coax forth people’s precious recollections and give these memories a home. Before he decided to make this a thing, there was no place for these kinds of local narratives to live. In the spirit of true DIY change making, Josh built Orphaned Stories last year and has not looked back ever since. So far, he’s collected two handfuls of personal tales and recorded them in podcast format. They’re amazing. You’ve got to check them out, and you can start right now.

Wanna take a listen to an exclusive, next-level dialogue between me and a special DIY Edition guest? Sure you do, you’ll love it! Tune in to WRIR 97.3 at 9:00 AM on Friday, May 8th for “The #untoldrva Five Things” radio show. It’s a full hour of talk, music and random quickfire questions for our secret guest, and I guarantee we’ll all have tons of fun.

Don’t forget to keep up with #untoldrva on Facebook and stay tuned for what’s happening with our little side project COMMUNIVERSITY as we DIY our own lane and make a way for the brightest, brokest folks in town.

Learn more about #untoldrva on the website or get in touch at joinus@untoldrva.com. If you’ve a mind to, reach out to COMMUNIVERSITY as well.