Being an independently successful married woman in Richmond hasn’t always been easy. This week on the #untoldrva 5 Things, we’re examining the wide range of dynamics associated with being an independently successful married woman in Richmond. For some of these ladies, marriage provided a stable foundation upon which they developed their gifts and talents for the betterment of their families and communities. For others, being traditionally married seemed like the most unfortunate of circumstances, threatening to block them from achieving their greatest creative potential.

So how did these notable unions come to be? In what ways have the vows of matrimony influenced feminine excellence in our city?

Join us as we take a look at five examples through time, each of which reveals another layer of understanding of what you get when a woman becomes half of a dynamic, two-partner team. We’ll look at it from all angles and each draw our own conclusions. As the old folks say: let the record show. 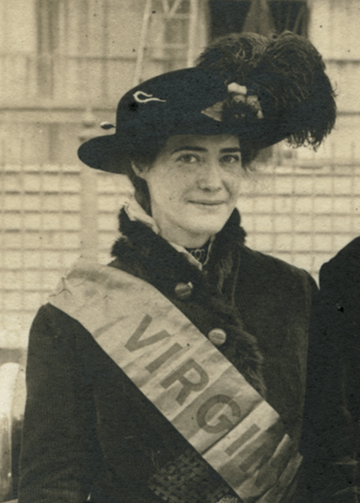 Photo courtesy of The Valentine

I predict that, before it’s all over, this super old-school slot will feature virtually every single formidable dead woman to have ever shifted a paradigm in Richmond, Virginia. But for now, let’s focus on the life of Adèle Goodman Clark and her long-term female companion, Nora Houston.

These two women lived together as “very intimate friends” and devoted their lives to cultivating their residence into an artist commune that everyone referred to as the Atelier. Here, they nurtured the talents of a whole generation of Virginia artisans and worked tirelessly to promote the arts as a viable career option.

Never being traditionally married left room for Adèle to attend what eventually became Parsons School of Design at the New School in New York, to serve as the Dean of Women at William & Mary, to be a founding officer in the most influential Virginia women’s voting rights organization, and be tight with all the leading artists and writers in Richmond from the early 1900s and beyond.

Adèle lived to be 100 years old, and without her, we wouldn’t be on our way to becoming a town with wall-to-wall arts on every corner. For all they gave with their gigantic hearts, we say peace to the memory of these two technically unmarried yet immensely accomplished women. Thank you, Miss Nora and Miss Adèle. Y’all did the damn thing. 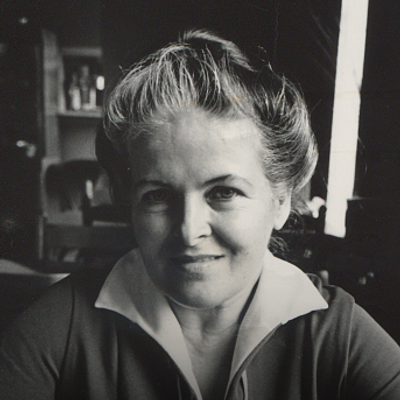 Ironic that the 40th anniversary of Richmond’s Greek Festival was this past weekend and today we’re highlighting the living legacy of Mrs. Stella Dikos as our phenomenal Richmond wife from the ’70s and ’80s.

Stella is a small powerhouse of a woman with a legendary hustle. She shares openly about her arranged marriage to late husband Stavros. They opened their first restaurant, the Village, in the early 1950s on Harrison and Grace.

In 1983, Stella announced to her husband that she wanted to rent the upstairs portion of that building, 23 steps above the street level, to serve classic Greek comfort food, straight out of the oven.

The idea sounded farfetched to Stavros, but his wife had a dream that would not be deterred, and not long after that–true to her vision–Stella’s namesake Greek restaurant was born. Supported over the years by her intensely loyal clientele, Stella’s family went on to open 13 more restaurants. As of last month, they just launched a beautifully designed boutique-style market offering customers a local source for freshest ingredients available.

It is accurate to say that the concept of an arranged marriage might be a fading tradition from the Old World but the new lanes Stella’s family paved within the Richmond restaurant industry have completely changed the game. Standing ovation. 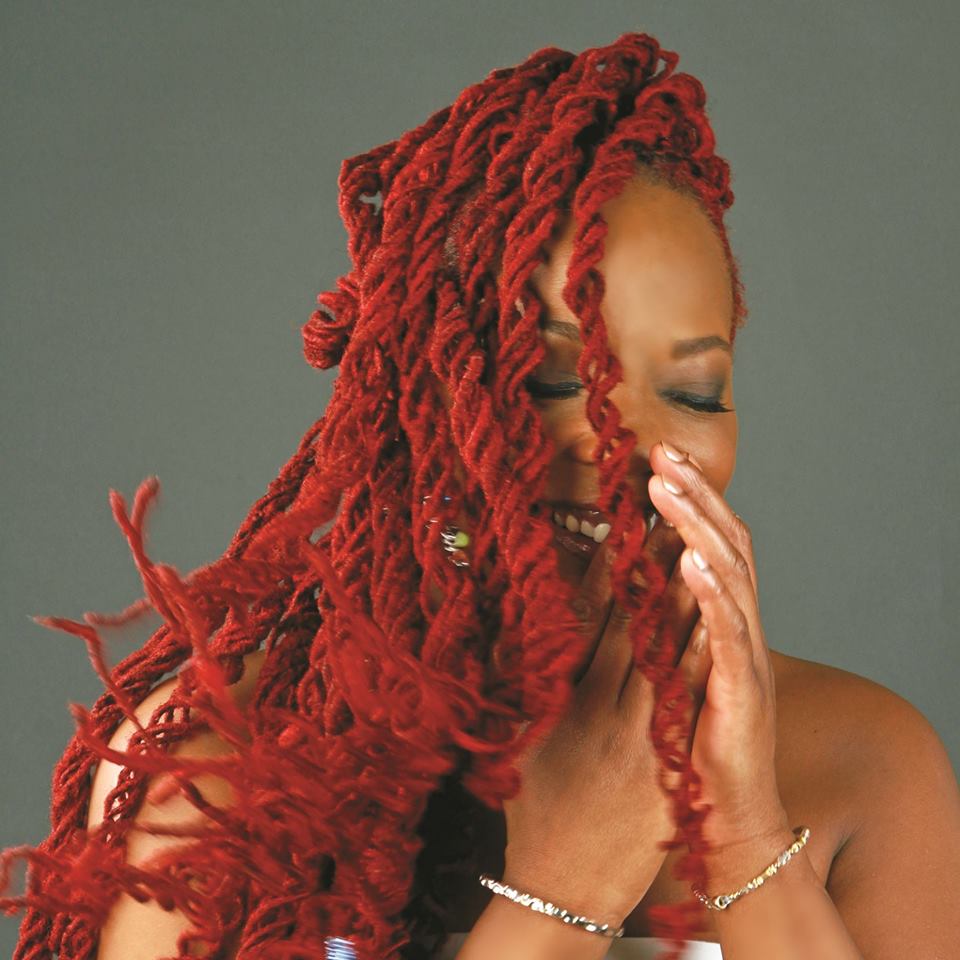 By this critical turning point, experts made irrefutable connections between marital status and the levels of economic prosperity a woman is able to attain in Richmond, especially in the Black community where traditional marriages happen far less frequently than with some of the other ethnicities listed in these studies.

I remember getting an excited telephone call from my college buddy Nadira Chase, sometime around the beginning of the new millennium. She was talking fast and with tons of ideas for how to put her own touches on a quirky little barbershop owned by the quiet, industrious man who’d begun courting her with the intent of marriage.

Soon, there weren’t many more underground hip hop shows and private events at the upstairs level of that barbershop, because Nadira had set her sights on acquiring a restaurant property with her new husband, Islam, on 2nd Street. This was the start of the legendary Tropical Soul, the birthplace of Tuesday Verses, Richmond’s longest running weekly open mic poetry event.

Today, Tropical Soul has been been fully converted into a spiritual center in the heart of the Jackson Ward community. Nadira’s family structure has also re-invented itself to include the co-parenting of their son and running her own signature line of natural body care products. Adiva Naturals has grown into an extremely successful company headquartered in Manchester with record sales all around the globe.

Salute to the Queen Mothers among us who’ve built lasting legacies and helped to put Richmond on the map.

She’s officially moved on to Texas with her basketball coach husband, Shaka, and their beautiful little princess, but Richmond will never forget the bright light, kind heart, and brilliant mind of Mrs. Maya Smart. People all over town remark about the resourcefulness that she lent to her many community projects such as FRIENDS Association for Children, YWCA, James River Writers, and especially when she became the youngest and first Black Christmas Mother in the position’s 80 year history.

Maya and Shaka’s paths led one unto the other while he was coaching college basketball in her home town. She’d already earned two writing degrees from Harvard and Northwestern and was working as a freelance journalist. Their dynamic, community-focused personalities aligned just so.

Having such a devoted and caring power couple to lead many of our high-visibility philanthropic endeavors in RVA was like a Camelot-era fairy tale set within the nonprofit sector. Maya and Shaka accomplished the goal of inspiring others to strive for family unity and strong parenthood all across the region. Though she’s not officially a Richmonder anymore, we plan to keep up with her anyway. Check out Maya’s awesome blog. 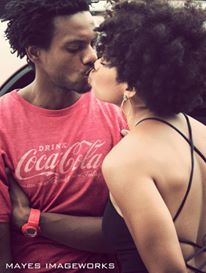 She’s one of the hardest working, most fun-loving musical phenoms dipping in and out of Richmond traffic on the way to one gig and wrapping up another. Coming straight out of Manchester, RVA, may I introduce you to the woman of the hour who is undoubtedly killing the game.

These days, she’s just wrapping up her time in the recording booth of Reggie Pace’s new Jellowstone Records, also home of No BS! Brass. Armed with one of the hottest releases of 2015, aptly entitled “This is Love,” please make way for the incomparible Mrs. Samantha Hewlett Reed.

From soccer mom to sisterfriend to auntie extraordinaire, to six gigs a week in five different musical ensembles and looking like a stack of hundred dollar bills every time she touches the mic, Sam is making serious power moves in a major way. She’s a founding member of the Richmond-based Photosynthesizers band–which won Style Weekly’s top award multiple years in a row–and she sings with Dance Candy, Beast Wellington, and more. Sam models in print and commercials, teaches aerobic fitness, yoga, and keeps her Head Chef husband Josh “Official Freeze” Reed and their two sons happy, healthy, and on the top of the world.

Josh and Sam just celebrated their fourth anniversary a week ago. They understand the importance of supporting each other’s dreams and have exemplified the beauty of modern day Black Love for all to see. The strength of their bond insulates her from the shady side of industry rule #4080, and this is because of how intensely Josh adores his wife.

Anything is possible for this virtuous woman of the future. The whole entire city is rising up to call her blessed.

Check out Sam Reed on the Cheats Movement Blog to view exclusive photos from her release party and listen to the album the first chance you get.

She’s the incredible singer bringing down the whole house in the intro and outtro of The #untoldrva 5 Things show on WRIR 97.3FM so now you know which is always half the battle. All you gotta do now is download your own.

Wanna hear the brand new exclusive, next-level dialogue between me and the special Wives Edition guest? Sure you do, you’ll love it! Tune in to WRIR 97.3 at 9:00 AM on Friday, June 5th for “The #untoldrva Five Things” radio show. It’s a full hour of talk, music and random quickfire questions for our secret guest, and as always, it’ll be a whole lot of fun.