Editor’s note: As we often discuss here on RVAJazz, weeknights are prime opportunities for seeing great music in Richmond. Our photographer/contributor Lucas Fritz documents his diverse musical evening last Tuesday from The Camel to the Cary Street Cafe.

Just because the week has hardly started doesn’t mean Tuesday can’t pretend like it’s Friday. Tuesday, April 27, proved to be a night of wonderful music here in Richmond, VA. My night started at The Camel with Great Architect, an avant-garde/free-jazz group out of North Carolina. 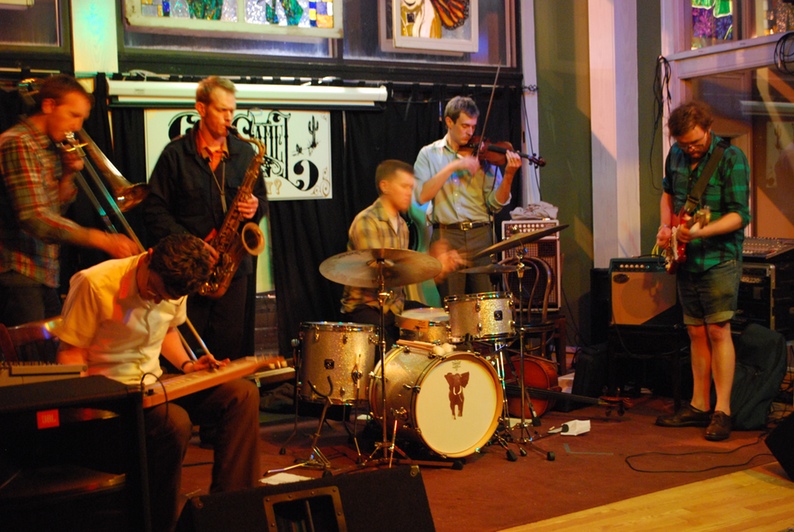 Fresh off their new 7” split record release with Moenda, the six multi-instrumentalists (lap steel/harmonica/recorded samples, trombone/trumpet, tenor sax, guitar, drums, cello/violin) of Great Architect took The Camel’s stage a little bit after 9 pm for their one continuous, 25 minute set. The highs, lows, timbral shifts, and intense peaks kept the crowd’s eyes and ears fixed on what was to come. The set abruptly finished right in the middle of a cacophonous free improvisation…Silence. “Thanks for listening, we have 7”s and LP’s for sale.” And they walked off stage. 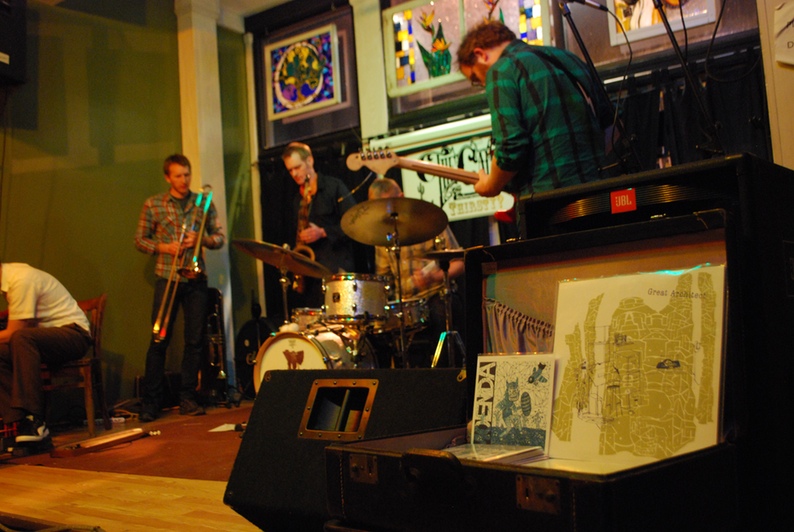 During the set break, not only was I in need of a chance to reflect on the music I had just experienced/been a part of, but I also needed to get their LP. Shortly following, Richmond favorite Ombak, led by trombonist Bryan Hooten, took the stage. 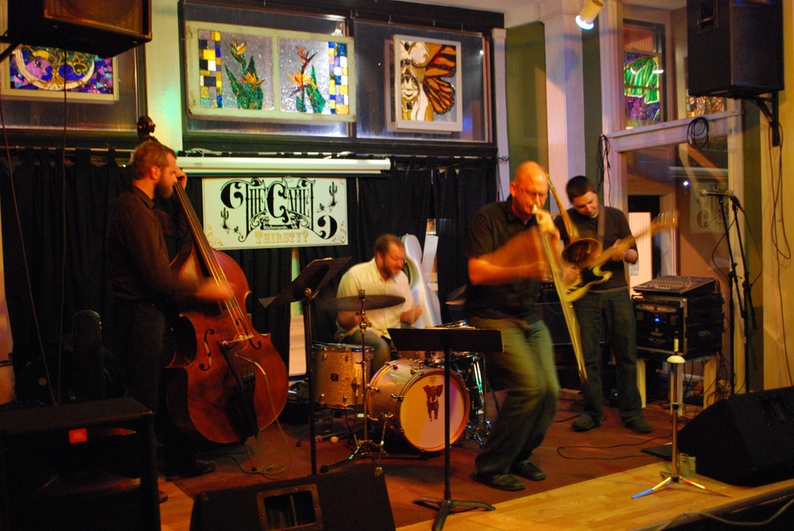 Hooten’s jagged movements whilst allowing the music to escape his body coupled with the head bobbing of bassist and new father Cameron Ralston, engaging the listener in a way recorded music will not. Drummer Brian Jones can hardly keep his seat (and neither could I!) while banging out the asymmetrical grooves composed by Hooten. Hooten’s melodies, often doubled by guitarist Trey Pollard, left me wondering just what exactly is going on in that bald head of his… 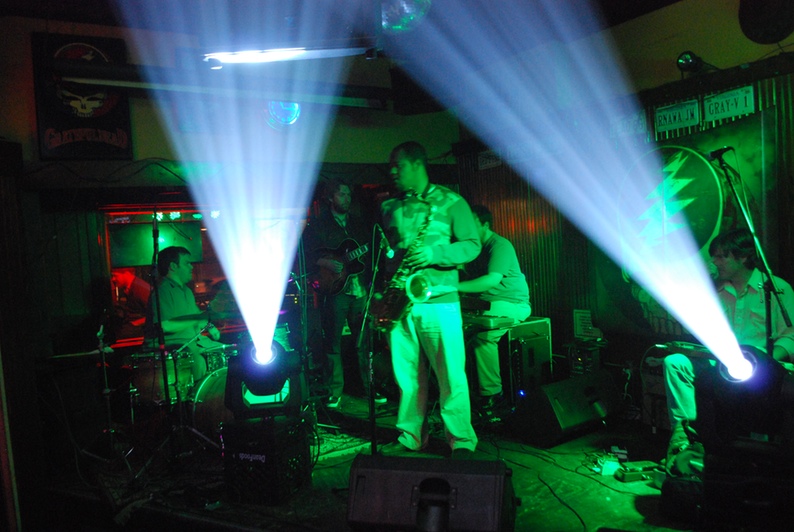 After a quick ride and search for the appropriate stop/one-way/no-parking sign on which to lock my bike, I entered the already crowded Cary Street Cafe to catch the tail end of The New Belgians’ set. Made up of members of bands such as the DJ Williams Projekt and NO BS! Brass Band, The New Belgians combine elements of funk, soul, and jazz into something you must experience to understand. 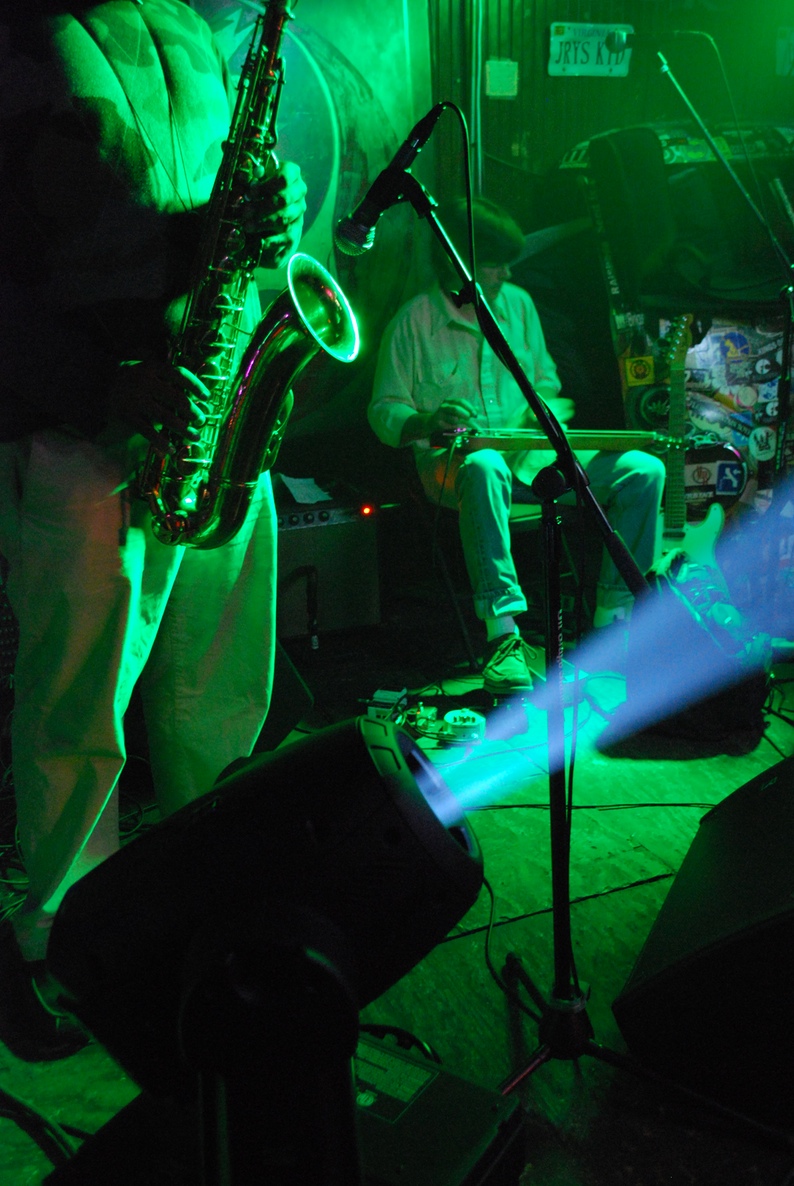 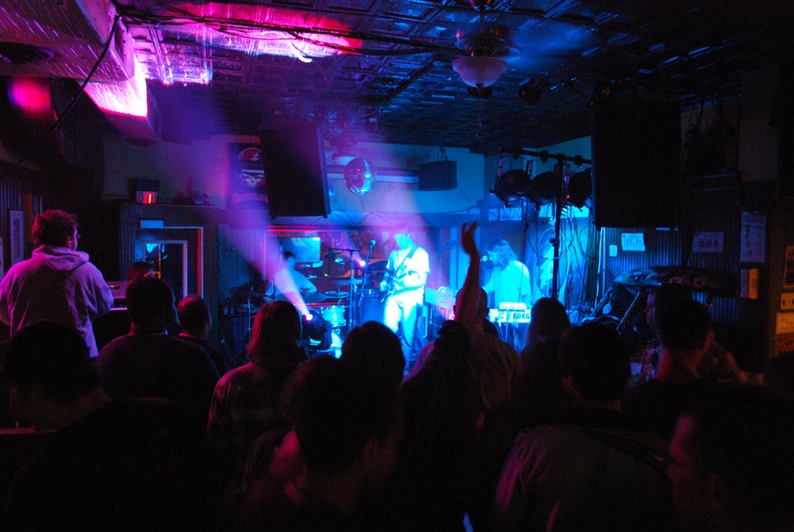 The crowd continued to pick up as The Former Champions took the stage as the home team (the Champs play every Tuesday at Cary Street Cafe and have for quite some time now). This electronic quartet could at first look like a Phish wannabe jam-band but don’t let the light show fool you: these guys know what they are doing. Guitarist Matt Walton, bassist David Ashby, and key/synth player Ben White all have attended or currently attend VCU to study Jazz Performance. White’s use of the Nord running through a Moogerfooger (an analog effects pedal made by the Moog company) coupled with his Korg MS 2000 and Korg Triton produces sounds ranging from a deep-space alien attack to some funky clavinet a’la Stevie Wonder. 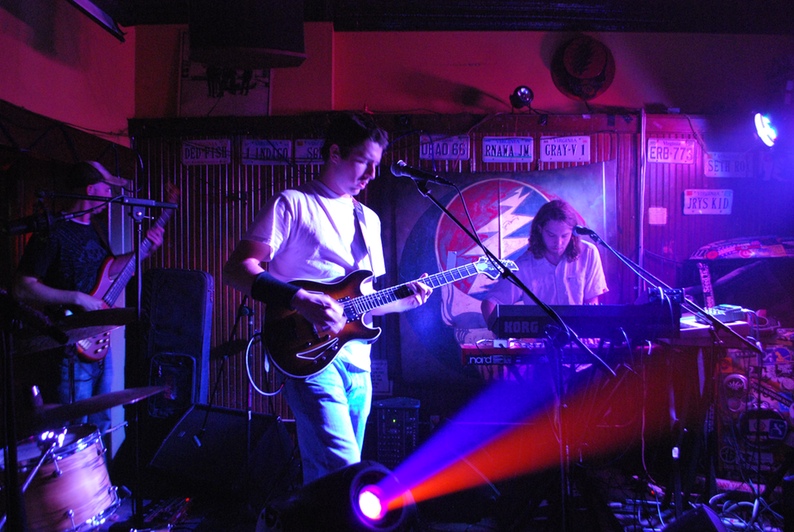 Drummer Geoff Bakel never seemed to lose the groove that he and Ashby had established right from the start. To the right of Bakel’s set was a table-top covered in all sorts of auxiliary percussion instruments ranging from the standard cowbell to things I had never seen before and to the left, an electronic drum pad with numerous samples activated with a quick tap. I left before the band finished their second set but most of the crowd wasn’t ready to stand still and stop dancing (let alone leave!).

I feel the two CDs that I purchased the day before on a trip to Plan9 very accurately described my night of music: Ornette Coleman’s “Free Jazz” and Tower of Power’s “Back to Oakland.” You say there is no music happening in good ole RVA? I say spend a Tuesday with Richmond and then decide.