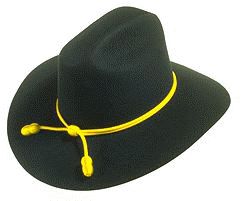 Stetson University makes up for its lack of tradition in basketball, with a history of hats. The “Hatters” and mascot “John B.” earn their name from famous hat maker John B. Stetson. Originally known as DeLand University, the private school changed its name to Stetson in 1899 after significant contributions from the hat manufacturer.

After a grueling weekend, the Rams return to RVA after playing three games in three days against three ranked opponents. VCU went 1-2 over the weekend with a win against #19 Memphis and losses against #5 Duke, and #13 Missouri. The two losses were close games and Coach Shaka Smart left the Bahamas with plenty of teachable moments. After leaving tons of points and even a few wins at the charity stripe, the most important lesson for the season has to be free-throws.

Free-throws will probably be of little importance Wednesday against Stetson’s soft defense. The Rams are heavy favorites to improve to 4-3 in comfortable confines of their home arena.

Stetson is the 26th fastest team in the nation and their offense is driven by 3-point attempts. The Hatters shoot efficiently and don’t turn the ball over frequently, but they have yet to play against a defense like VCU’s.

For all of their skills on offense, Stetson ranks 241st nationally in defensive efficiency. Because they’re undersized, they struggle with rebounding and their opponents shoot a high percentage. VCU’s only opponent so far this season that is defensively comparable to Stetson is Winthrop, and the Rams scored 90 points against the Eagles.

Adam Pegg is an extremely versatile 6-foot-9 senior that is coming off of a one game suspension for a flagrant foul against Southeastern. In only 24MPG of action, he is averaging 18.3PPG, 6RPG, and 2APG. He is 5-9 from 3-point range and he is shooting .615 from the field on the season.

Like a baseball player removing a donut from a bat on the way to the plate, VCU will flourish without the resistance of top-25 competition. HAVOC! will dominate as Darius Theus and Briante Weber guard players not named Quinn Cook or Phil Pressey. Ken Pomeroy predicts VCU to win 83-63 with a 94% chance of victory. A twenty point victory is reasonable, but VCU should aim to limit the Hatters to under 60 points.