What to expect: Depleted Saint Joseph’s Saint Joseph’s went 2-0 against VCU last season including a 65-61 victory over the Rams in the finals of the Atlantic 10 Tournament. Don’t expect a repeat performance on Saturday.

The Hawks visit Richmond in the midst of a three-game losing streak, and they carry losses to Fairleigh Dickinson, Denver, and, most recently, Duquesne. The departures of seniors Langston Galloway, Halil Kanacevic, Ronald Roberts Jr., and Darius Quarles as well as the loss of Papa Ndao has hit the Hawks hard.

Saint Joseph’s picked up a quality win over Temple in early December, but the Hawks are just 2-4 since then, with both wins coming against teams ranked lower than 300 by KenPom.com. Coach Martelli has the young players to rebuild the program in a few seasons, but all signs point towards a finish toward the bottom of the conference.

The Hawks have struggled on the offensive end this season. They lack floor spacers and have shot an abysmal 26.1% from 3-point range this season, which ranks 345th nationally. They’ve been responsible with the basketball and have grabbed a fair number of offensive rebounds, but made baskets have been a rarity.

Saint Joseph’s is much better on the defensive end, but their front court is undersized. Isaiah Miles is the largest contributor at 6-foot-7, 225 pounds. Mo Alie-Cox and Justin Tillman need to establish themselves in the post and on the offensive glass as early as possible.

VCU has the talent to win on a bad day, but after the starters went 14-of-40 against Davidson on Wednesday, Saturday should be about getting everyone involved and confident before visiting Rhode Island on Tuesday. 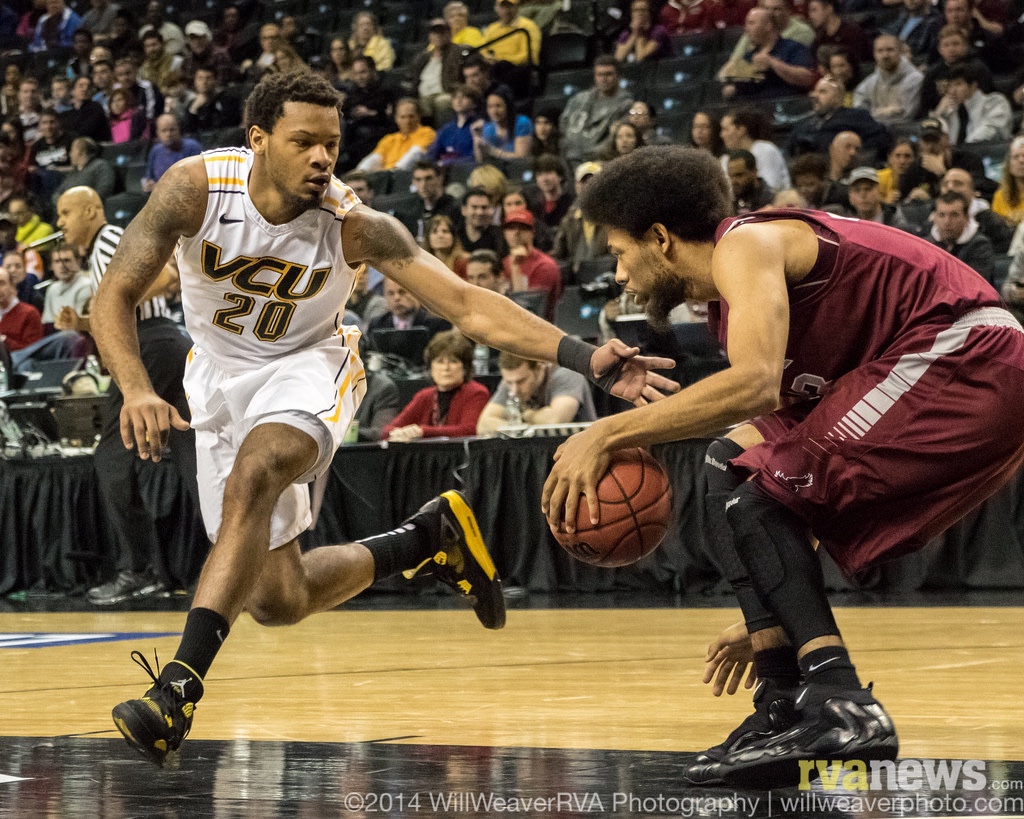 The reigning Co-Atlantic 10 Rookie of the Year is unquestionably the best player on the team, but he has struggled to carry the entire load without his talented teammates from last season. He’s an athletic, do-it-all 6-foot-6 guard/forward, but he’s a few teammates away from earning first team all-conference honors.

#1 Shavar Newkirk (PG, Freshman) • Freshman. Point Guard. Newkirk has struggled with turnovers against normal defenses. Saturday could be a very long game for the freshman.

#24 Chris Wilson (G, Senior) • Despite starting most games for the past two seasons, Wilson has struggled to assume a go-to role after all of the departures. He scored an efficient 15 points against GW but is coming off of an abysmal 2-of-11 game against Duquesne.

#2 Aaron Brown (F, Junior) • He shot 25-of-64 (.391) from 3-point range as a freshman at West Virginia in 2012. This season he’s only attempted six shots from range which is a mystery. He picked up a technical on Wednesday after fouling out on Saturday.

#25 James Demery (G/F, Freshman) • Martelli has always used a short bench. This season, he lacks back-up ball-handlers so Demery, a forward, will be one of his few subs.