The new visual identity for the VCU Rams is finally here. Check it out! 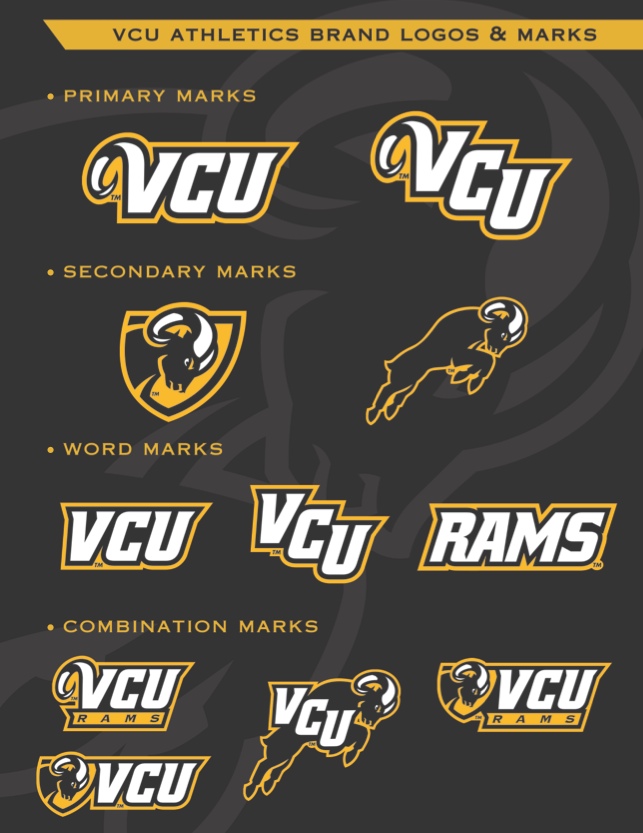 So Ram fans, what do you think? Here’s a video explaining the new-logo process and the release from the athletic department:

VCU Athletics has always pursued excellence on the field of play and in the classroom. Now the Rams will have a look to match.

In recent years, VCU has risen to a position of national prominence in NCAA Division I athletics, notably with men’s basketball’s Final Four run in 2011 and the program’s move to the Atlantic 10 Conference in 2012. As more eyes turned to VCU Athletics, it became obvious that the program’s visual identity needed an upgrade to accompany the athletic program’s ascent.

“We’re very excited about our new visual identity,” said VCU Director of Athletics Ed McLaughlin. “This is something that is important for the future of this department. These marks strengthen the VCU brand and will factor in everything from marketing to recruiting. These will represent who we are. When our fans and our student-athletes walk down the street with these logos on their shirt, they can do so proudly.”

Last year, VCU assembled a committee of university staffers, athletic department personnel, and coaches to spearhead the effort to enhance the visual identity of VCU Athletics.

After having 30 local, regional and national companies bid on the project, the contract was awarded to Rickabaugh Graphics, the top athletics logo design firm in the country, to create a look that represented the school’s bold vision. Ohio-based Rickabaugh has created logos for schools from every major conference and NCAA Division, including Ohio State, Marquette, Vanderbilt, Seton Hall, Connecticut, Baylor and the Big East.

The company presented 16 initial concepts, which were narrowed down to four finalists. At that point, VCU Athletics met with constituency groups that included students, student-athletes, coaches, staff, season ticket holders and donors to solicit feedback.

The complete rollout, including uniforms, fields, courts and more, will take about a year to complete. A new court design at the Verizon Wireless Arena will be a part of the process.