What was at times lost in sloppiness was more than made up for in entertainment value. VCU is back, and for the six players that return from March’s Michigan beat down, VCU is back with a vengeance. What was at times lost in sloppiness was more than made up for in entertainment value. VCU is back, and for the six players that return from March’s Michigan beatdown, VCU is back with a vengeance.

It’s tough to judge what we saw on Sunday. This is by far the earliest the general public has ever seen HAVOC! in the making. The traps weren’t as tight, the sets weren’t as clean, and the freshmen looked like freshmen, but fans’ excitement for this team is far from unjustified. The pieces are there and then some. VCU only returns six players from last season’s 27-win team, but they return the important ones while adding some impressive talent.

Terrance Shannon stole the show for newcomers. If he can stay healthy, then VCU’s front court will be unmatched in the conference. While he captured fans’ imaginations, Sunday was dominated by guard play. VCU has a stable of talented, athletic guards that will be used in waves to wear down opponents in a way never before seen. HAVOC! 5.0 is still three weeks away, but Sunday showed that the Rams are talented, motivated, and designed to chart unprecedented territory for VCU basketball.

For now, most fans will be happy just to know that Coach Smart thinks the event will happen again next season. 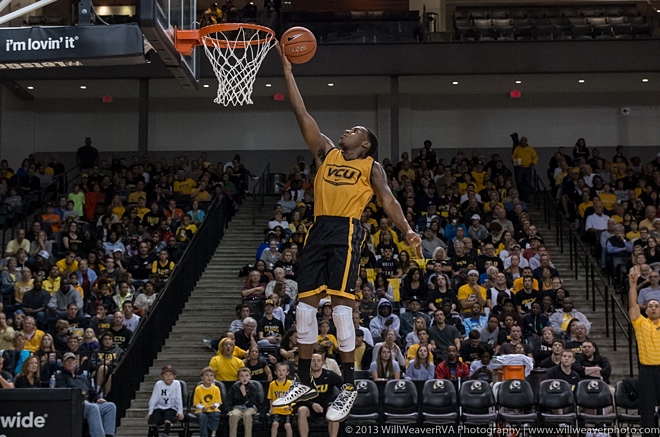 Last season, Coach Smart regularly compared the career trajectory of Melvin Johnson to Treveon Graham. Both players, who happen to know a thing or two about scoring the basketball, had rough starts to their freshmen campaigns before finishing strong with 242+ points each. Melvin Johnson 2.0 has arrived.

Some say he added another gear. On Sunday, it looked like he added four new gears, some off road tires, and a laser targeting system as he scored in transition, attacked the rim, and connected on 5-7 3-point attempts. This season, Melvin Johnson has the tools to make the biggest leap in PPG for VCU. 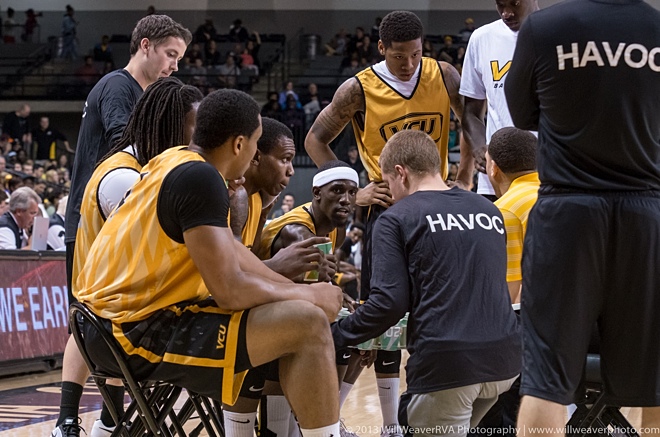 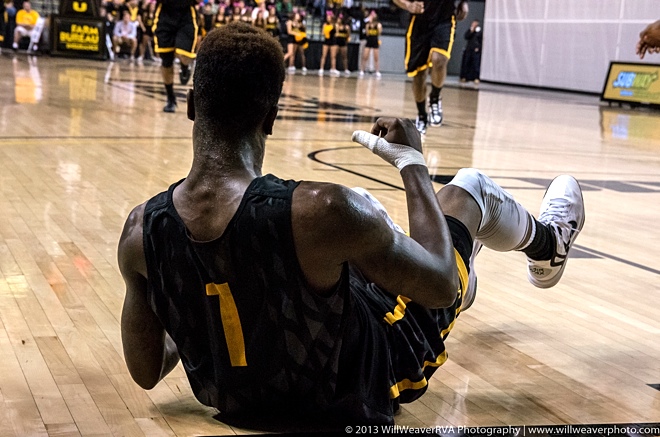 Briante Weber — Starting PG. Will become the face/soul of this team instead of Reddic/Brandenberg.

Terrance Shannon — The Rams’ biggest weakness last season was front court depth. It just became their biggest strength. Get ready for a bruising.

Douglas Brooks — Can affect the game in countless ways. Two seasons away from being a premier sixth man in the A-10.

Jordan Burgess — Smart considered him a top six player last season. Probable starter. Has the tools, but looked like he hadn’t played in public in years (he hadn’t).

Antravious Simmons — Has senior Juvonte Reddic’s body as a freshman. Most consistent and under appreciated performance by a new player.

Melvin Johnson — Potential A-10 sixth man of the year candidate. Could be a better scorer off of the bench than Brandon Rozzell.

Emerson Burk — It could be a few years before Burk sees the hardwood even in blowouts.

Jairus Lyles — Saw an opportunity and aggressively seized it. Sounds like something Coach Smart likes. No look passes and stats hid some freshman blemishes.