On a snowy night in Richmond, VCU won an overtime thriller against St. Joe. They improve to 15-3 and 3-0 in the Atlantic 10. Darius Theus finished with a career-high 20 points, and Juvonte Reddic finished with a career-high 17 rebounds as Virginia Commonwealth University topped St. Joseph’s 92-86 in an overtime victory Thursday night in snowy Richmond, Virginia. Winners of 12-straight, VCU moves to 15-3, and the Rams are now 3-0 in the conference after what Coach Smart calls, “a heck of an introduction to the A-10.”

Whether it was the snowstorm, a female contestant winning pizza for the entire Siegel Center, the VCU Peppa’s new location, or the 9PM start time, Thursday night felt different.

The Rams started just 1-10 from 3-pointer range, but connected on 12 of their 15 2-point attempts while building up a 9-point first half lead. The Hawks responded and entered the break trailing 38-32 at halftime. 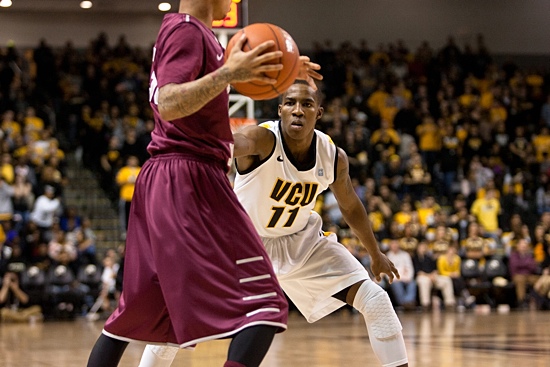 The Rams exited the locker room and hit their first six shots, but without making stops on the defensive end, they never accumulated more than a 10-point lead. With 12:09 remaining, Daryus Quarles hit a huge 3-pointer to bring the Hawks to within one point, and thus began a heavyweight prize fight of a game.

Each team would connect on three quick jabs, and just when they would swing for a haymaker, the other team responded. The game was extremely close, but VCU didn’t cede the lead until 4:18 remained in the second half, and even then they took it back in only 15 seconds.

With 1:03 remaining, Carl Jones drained a 3-pointer giving St. Joseph’s a 2-point lead. Rob Brandenberg took a forced 3-pointer and then VCU weas forced to foul, which gave the Hawks a 4-point lead with 28 seconds remaining. VCU missed two shots, and with 17 seconds and a 4-point deficit, the Siegel Center felt nervous. It took 39 minutes and 46 seconds, and an 0-9 start from the field, but Troy Daniels drained an incredibly clutch 3-pointer from the corner, and the Rams immediately fouled.

Ronald Robert Jr. went 1-2 from the charity stripe. With a two point deficit, Darius Theus went coast to coast and scored the game tying bucket with eight seconds remaining. The play seemed too easy to be true, but the Hawks struggled to keep Theus out of the lane all game, and the final play was no different. After giving up a season-high 80 points in regulation, the Rams finally defended a possession brilliantly, and they were headed to their first overtime game of the season. 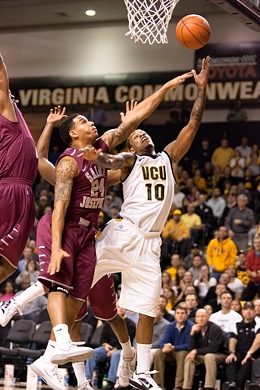 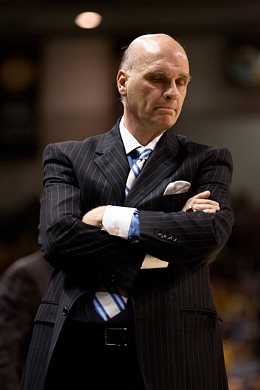 With the momentum, it was all VCU in the overtime period. Treveon Graham assisted a Juvonte Reddic dunk, he finished a 4-point play, and he hit a jumper in the first 140 seconds which gave the Rams an insurmountable lead.

St. Joseph’s small rotation wasn’t too much of a liability during regulation. Carl Jones and Langston Galloway scored at will from the perimeter scoring a combined 43 points on 17-35 shooting (7-14 from 3-point range). CJ Aiken was able to score at the rim, and Ronald Roberts Jr. finished with 14 points and 12 rebounds.

Once regulation ended, their play started to diminish. With their five main players playing 35+ minutes, HAVOC! had finally taken its toll. 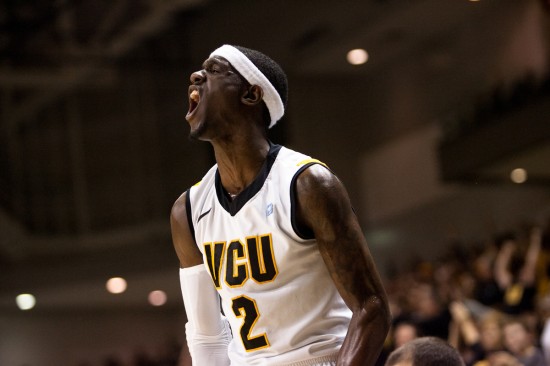 Top performer: Pick your own!

“He’s a good player. I love that guy. I want to coach more guys like him. He’s very under control on offense, he did a great job picking the spots, when to shoot, when to pass. We got him involved in some situations where they had to close out on him, and he could attack, or he could take the three. He’s coming. He’s progressing. I joked with him at the end, I said man, we’re trying to get you 30 but you’ve got to make your free-throws.” — Coach Smart

It’s worth mentioning that three “He was good”s might be the highest praise Smart has ever given Reddic after a game, and Smart was willing to admit, “I guess I’m just hard on him.”

“Darius Theus led the way tonight. If it wasn’t for him, we had no chance to win. I thought he was terrific.” –Coach Smart 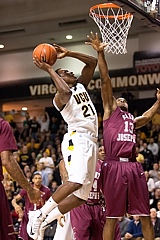 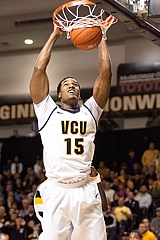 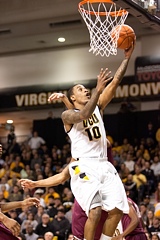