VCU beat Fordham Saturday night in the Siegel Center to finish the week 2-0 in the Atlantic 10 and 2-0 against other Rams. After losing two games in a row last week, Virginia Commonwealth University beat Fordham Saturday night 81-65 in the Siegel Center to finish the week 2-0 in the Atlantic 10 and 2-0 against other Rams.

Saturday marked the half way point for the VCU in the Atlantic 10. Despite their losses to Richmond and La Salle, VCU is again in sole possession of first place in the A-10. Currently, they are one half of a game ahead of #9 Butler, Charlotte, and Saint Louis. Still, VCU is not playing their best basketball of the season. 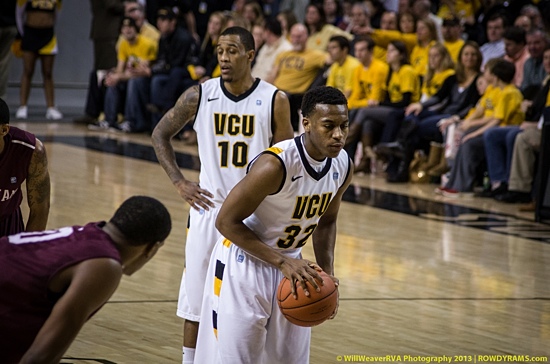 VCU looked great as they jumped out to an early lead, but they allowed Fordham too many scoring opportunities. Melvin Johnson was assertive, and he tallied seven early points before struggling the rest of the evening.

Every time VCU created separation in the first half, Fordham responded with a timely open 3-pointer or key basket. The Black & Gold finished the first half shooting an abysmal 11-39 (.282) from the field.

VCU exited the locker room with a 5-point lead and Fordham remaining competitive. With 15:36 remaining, Troy Daniels went on an 11-3 run including three 3-pointers in 59 seconds. Suddenly, VCU was up by as much as 24 points. 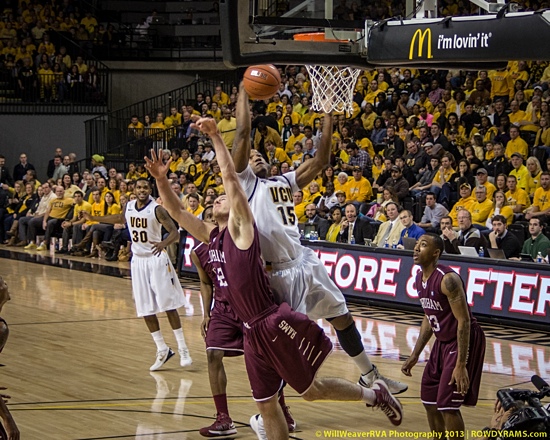 In the final minutes, Coach Smart experimented with some different lineups and some player development time which was highlighted by a David Hinton dunk. The metaphorical “victory formation” was a welcome escape from what has been a grueling and competitive inaugural season in the Atlantic 10 for VCU.

DJ needed to take some time, and he asked me if he could take some time to focus on some things he is dealing with in his personal life. It’s not in any way a suspension or anything like that. He needs some time to himself, and I’m not sure how long that will be. I’d be really surprised if he doesn’t come back with us, but he has some things in his personal life that he’s got to sort out. It’s nothing bad, he hasn’t done anything wrong, he’s not doing poorly in school. It’s just some family stuff, some personal stuff, he’s going to work out. 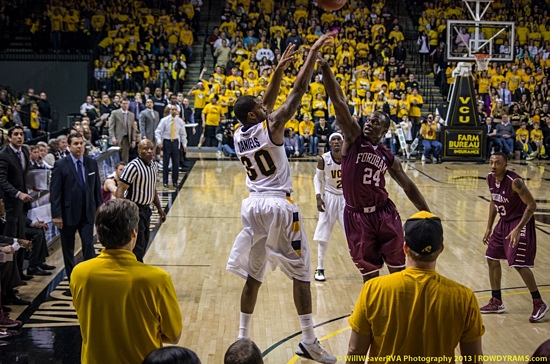 One month ago, Troy Daniels caught national attention for hitting 27 3-points and scoring 85 points over the course of three games. Starting with the game against Lehigh, the quality of opponents improved and defenses further adjusted to the prolific senior sharpshooter. Through the first seven games of the A-10 slate, Daniels averaged 7.6ppg while shooting 14-49 (.286) from range.

He’s back! After scoring eight points in the first half, Daniels started the second half by hitting three rare 2-pointers. After establishing himself inside the arc, he totally caught fire. Daniels finished the second half with 21 points on 8-10, 5-7 from range.