It took 10 minutes and 44 seconds for Alabama to hit a field goal against the strong defensive effort of VCU as the Rams topped the Crimson Tide, 73-54, Saturday night. It took 10 minutes and 44 seconds for Alabama to hit a field goal against the strong defensive effort of Virginia Commonwealth University as the Rams topped the Crimson Tide, 73-54, Saturday night at the Stuart C. Siegel Center.

Saturday night was a homecoming for former VCU head coach Anthony Grant, but his team looked far from home. After going 10 days without playing a game because of exams, the Crimson Tide fell behind 11-2 after an abysmal first 10 minutes. Over the first 16 possessions they were 0-8 from the field and turned the ball over nine times. Their struggles continued as Alabama wouldn’t reach double figures until 4:09 remained in the first half. VCU led at halftime, 33-18. 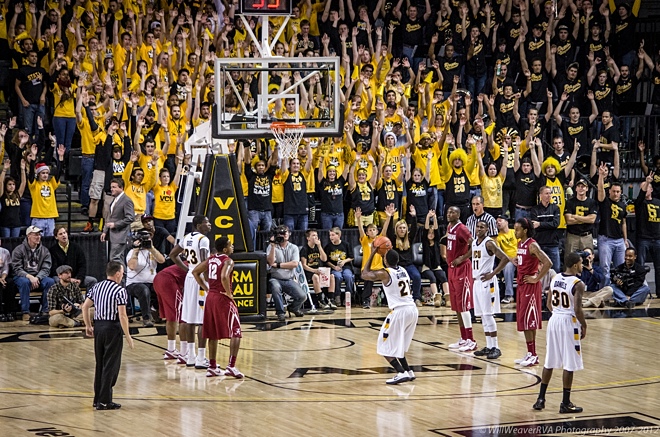 Treveon Graham was the Rams’ consistent scoring threat in the first 20 minutes. His ability to get past the first defender gave Alabama fits, and he finished the first half 3-3 from 2-point range while drawing several fouls. Troy Daniels also drained a pair of 3-pointers, but for the first time in his career, his most impressive highlight was from 2-point range. On the break, Daniels drove from the right wing and scored on a double pump reverse layup while being fouled.

While the first half was all about VCU’s stars, freshman Melvin Johnson and junior DJ Haley stole the show in the second half. Johnson, the 85th-ranked recruit according to ESPN, came to Richmond as a 3-point shooter. He struggled from 3-point range early in the season but shot .583 from 2-point range. Johnson finished the game 3-4 from 3-point range in what should be a confidence boosting performance. After the game, Coach Smart commented, “I’m hoping that his freshman year will take the same course as Treveon Graham last year.” Graham started last season 1-16 from the field before gaining confidence and becoming one of the Ram’s best players by the CAA Tournament.

DJ Haley who has seen his minutes dwindle from 15.4 per game last season to 9.4 this season–due to Jarred Guest, Justin Tuoyo, and VCU’s increased commitment to small ball and super small ball–played a season high 16 minutes. His defensive presence not only energized his teammates but the capacity crowd. VCU fans are quick to latch on to the strong performances of role players. Saturday was no different, and the 7-foot junior center’s performance was a subtle highlight.

For the third game in a row, sophomore point guard Briante Weber started for the injured Darius Theus. Less than two minutes after the tip, Theus entered the game. While he is still a step slow, he played 27 minutes and led the Rams with three steals. When Theus returns 100%, he will increase the firepower of an already elite team. 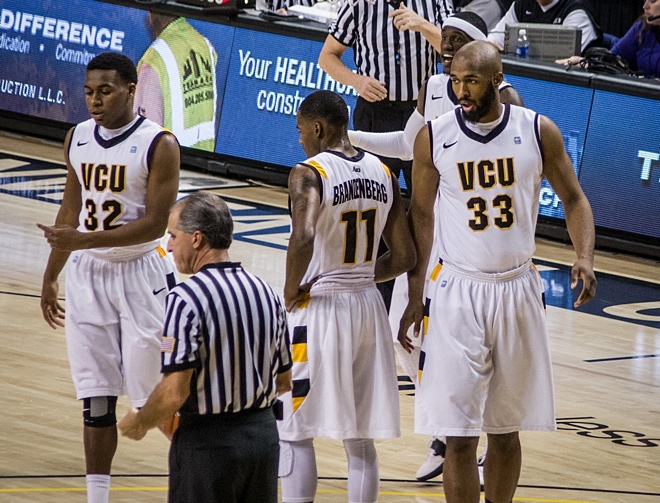 While DJ Haley was not the Ram’s greatest player, he deserves recognition for Saturday’s performance. Because of VCU’s foul trouble, Haley played a season high number of minutes while setting season highs in points and rebounds. The team and the fans fed off his energy, and at one point the crowd gave him a standing ovation and a “DJ” chant.

The Rams host Western Kentucky (8-2) on Tuesday, December 18th at 7pm. VCU beat the Hilltoppers in the Charleston Classic and in Bowling Green in rare back to back games.