For the first 14:40, Massachusetts looked like the better team. Using their length, they eliminated the offense of Treveon Graham, Rob Brandenberg, and Melvin Johnson. Their defense on Troy Daniels was deliberate and it eliminated his 3-point opportunities. Most importantly, the Minutemen only turned over the ball two times in the first ten minutes.

With 5:20 remaining in the first half, Massachusetts led 23-15. VCU’s usually high octane offense was struggling, but Cady Lalanne and Terrell Vinson had just gone to the bench with foul trouble. With two of the key pieces in Massachusetts’ defense out of the game, something changed and Troy Daniels connected on his first open 3-point look of the night. He then followed it up with two more finishing a personal 9-0 run to eliminate an eight point deficit.

Briante Weber, the architect of the 11-0 run knew he wanted to go back to Daniels, “Once he hit the first one, we knew we were going back to him.” Suddenly something changed and there was more energy from the predominantly VCU crowd (including Spike Lee), more bounce in the steps of the Rams, and more scoring by VCU.

Unlike the 21-1 run the Rams used to blow out the Minutemen in the teams’ first meeting, the run simply kept the Rams competitive. Chaz Williams and Massachusetts had no interest in rolling over. A Melvin Johnson fast break layup gave the Rams a 54-44 advantage, but the nagging Minutemen responded.

Trey Davis, Williams’ unassuming back up point guard sparked a run and UMass cut the deficit to 56-58 on a layup. VCU responded with another Troy Daniels 3-pointer, but Massachusetts punched back. 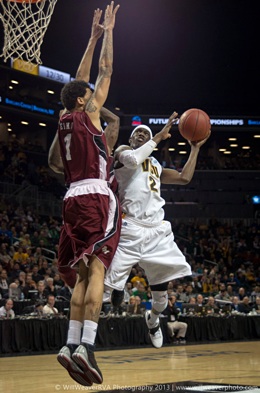 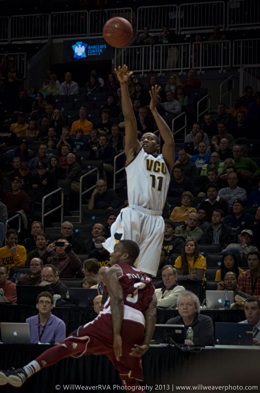 With 1:21 remaining and the shot clock running out, Rob Brandenberg hit a contested, step back, buzzer-beating 3-pointer that was the final blow. The VCU coaching staff ranks every VCU shot, and coach Smart called it the “worst quality shot in the whole game.” Bad shot or not, the ball went in the hoop in that magic way that only happens in college basketball in March.

On a night when many of VCU’s important scorers struggled to get things going, Briante Weber answered the call on offense. He finished with eleven points on 5-8 shooting. Many of those points came in the half court, which is promising for a player who mostly scores in transition. If he can continue to add 6-8ppg for the rest of the season, it will give VCU a major boost. 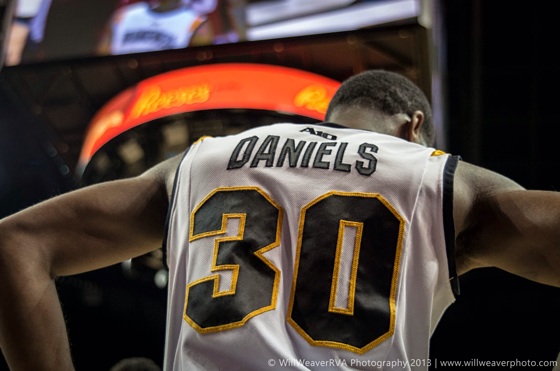 Troy Daniels is a weapon unlike most in the Atlantic 10. He is in the midst of one of the most prolific 3-point shooting seasons in conference history and he is capable of scoring in bunches. Because of Massachusetts’ length, VCU struggled to score inside, but Daniels was willing and able to make the Minutemen pay from the perimeter. When Daniels is draining shots, VCU is simply a different team and his performance will be important if VCU hopes to beat St. Louis.