VCU hosted the second annual Black & Gold Scrimmage on Sunday evening. It was the first public viewing of the 2014-15 men’s basketball team. For many, it was an evening of fun. For others, it was a night full of prognostication for the upcoming season. Here are five things that stood out. 1. The team that played with more HAVOC! beat the team with more skill

The Black team had the best player, the best shooting guard, the best power forward, and the best freshman, but the Gold team played basketball truer to the tenets of HAVOC!.

JeQuan Lewis was brilliant on offense en route to a 19 point night. Briante Weber finished with 15 points, 7 assists, and one turnover and led the defensive attack. Guys like Jarred Guest and Michael Gilmore made key man-sized plays when they were needed. On offense and defense, the Gold team exceeded the sum of its parts with a team and hustle focused approach that has served VCU well for so many years.

Thirty minutes is a long time to play when you only have two subs. I thought our guys got a little tired.Coach Smart

Depth is often overrated in college basketball, but VCU is one of the few teams in the country who genuinely depends upon it. The short benches limited rotations which limited both teams. At one point, the Black team played Johnson, Larrier, Graham, Alie-Cox, and Simmons at the same time just to get the point guards some rest.

The Rams were “good” on defense and “so-so” on offense last season. Offense dominated Saturday night as the defense got progressively more sluggish with fatigue. 73 points in 30 minutes is almost on pace for a century. The Rams will be able to stay fresh and play much tougher defense with a full bench.

A huge majority of VCU’s points will come from the perimeter this season. Graham, Johnson, and Lewis will likely be the top three scorers and a stable of guards will add more. 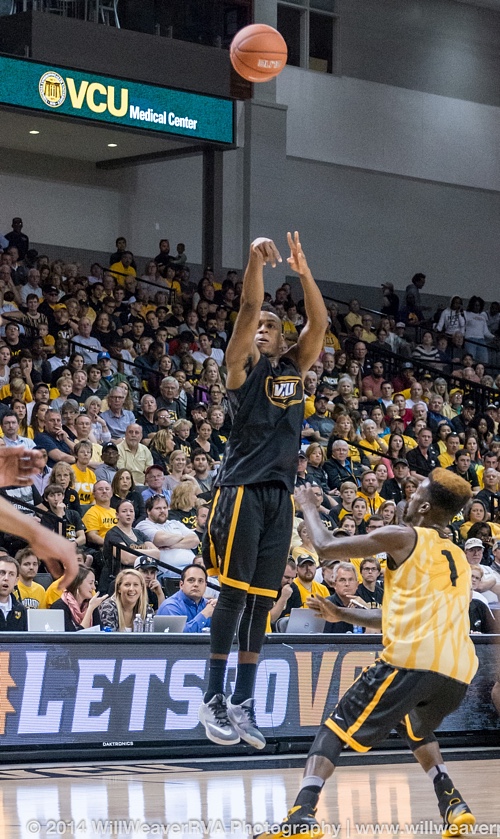 Two things stood out on Sunday. Not only are the guards prepared to knock down shots when they get the ball, but the Rams were better at finding the open shooters. The Rams were 10-of-15 from range at halftime and finished well north of 40%.

At the same time, VCU didn’t post up once the entire night. With Alie-Cox and Simmons on the same team, this is a little disconcerting. The Rams won’t need a ton of points with backs to the basket, but Alie-Cox should have attempted to take advantage of his undersized opponents.

VCU will lack the balance of some previous teams that have donned the Black & Gold, but this has the potential to be one of the best perimeter teams ever assembled in Richmond. When the 3-pointers are falling, and they will this season, few teams in the nation will be able to withstand the Rams.

4. In year two, the Black & Gold Scrimmage is becoming an event

In year one, attendance was light at the B&G scrimmage, and half of the Siegel Center was closed off. In year two, the official attendance of 4,855 topped the season averages from 2002-2005, and the entire stadium was open. 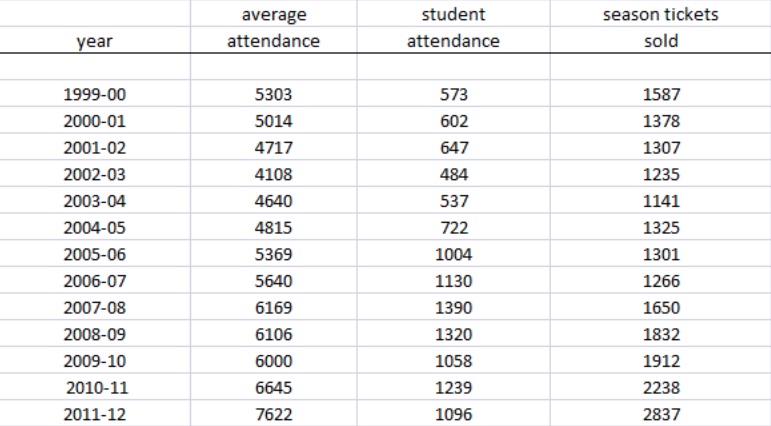 Student attendance was light, but the event is evolving into a key part of the VCU calendar. It’s not tough to imagine greater than 6,000 people showing up at the 3rd annual Black & Gold Scrimmage.

There’s a lot that’s been said and written about our freshman class. Not one of them came out here and set the world on fire.Coach Smart

The freshmen were far from perfect, but they all confirmed reasons for excitement. All four freshmen lack comparable precedents from recent VCU teams.

If Treveon Graham is the freight train, then [Williams] is the little train…He’s a completely different body type than the guards we’ve had. He’s built like a running back. He has very little body fat, but he’s a straight anaerobic athlete so he gets tired very, very fast.

Williams will need to get into shape to become a huge contributor, but he’s a very skilled pass-first point guard who has the tools to drive and kick to shooters incredibly well.

Terry had a little trouble tonight. Things were happening fast. Was he ready to shoot, was he not ready to shoot? He’s been really good in practice. I’m not too worried about that.

Larrier finished 1-of-10 from the field, but his length and motor were encouraging. His ability to intercept in the full court press, to nag ball handlers on the run, and to shut down 3-point shooters could take HAVOC! to the next level.

Michael Gilmore finished with 10 points, a number of hustle plays, and a beautiful 3-pointer. “Of our bigger guys, Michael Gilmore is the best shooter of all of them.”

Outside of a big dunk, Justin Tillman was quiet but consistent. He has a nose for the ball. The Rams don’t need many points from him, they just need him to come off of the bench to play defense and to grab offensive rebounds.

[Tillman & Gilmore] are a little bit light. They need strength and they need seasoning.

Both have very high ceilings, but it’s tough to predict how much they will contribute considering their lack of strength to play the five and with Treveon Graham eating so many minutes at the four.

Mo Alie-Cox: Landed awkwardly on his foot early in the game. Never settled into the defensive/rebounding force the Rams will need him to be this season

Doug Brooks: Has drawn Troy Daniels comparisons–plays like he has the green light. Air balled his first two attempts from range. His role is a question mark.

Jordan Burgess: Still a starter. Master of the understated who has the potential to show off more of his game during his 2nd campaign.

Jarred Guest: With his role unclear, Guest really made a statement while spending plenty of time out of position at the 5. “Less is more”

Terry Larrier: Has the tools to be truly special once he settles into the pace. Forget the 1-of-10 shooting, his length+motor are unmatched.

JeQuan Lewis: Should see more minutes at PG, even with Weber on the court. Always ready to shoot. Lewis+Johnson+Graham= buckets.

Michael Gilmore: Got chewed out for not boxing out. Responded with incredible energy and a few heads-up plays. Has a nose for the basketball and a jumper

Antravious Simmons: Body has changed dramatically. Needed to be more assertive. Pretty FT stroke for a guy who’s not known as a shooter.

Justin Tillman: Excels in ways that don’t show up on the boxscore. Junkyard dog who will do unbelievable things once he adds 20 pounds of muscle.

Briante Weber: Should see more time off the ball, but was exceptionally poised while manning the point. Won’t be seen until 11/18.

Jonathan Williams: Overlook the 6 turnovers (against Weber + HAVOC!) and the fatigue, this guy is skilled. Hidden FR contributor.

Oh, and the VCU Peppas did a Haka: a traditional war cry from the Maori people of New Zealand