VCU used defense in the first half and offense in the second half to topple ETSU Monday night. Virginia Commonwealth University used stifling defense in the first half and incendiary offense in the second half to top East Tennessee State University 84-60 Monday night in the Stuart C. Siegel Center.

VCU’s offense struggled with ETSU’s zone defense in the first half, but the Rams carried a 35-26 lead into the break thanks to a solid defensive performance. VCU forced three turnovers on the first three possessions and save three incredible shots by Lester Wilson for 8 points that VCU defended well, ETSU struggled to score with any consistency. 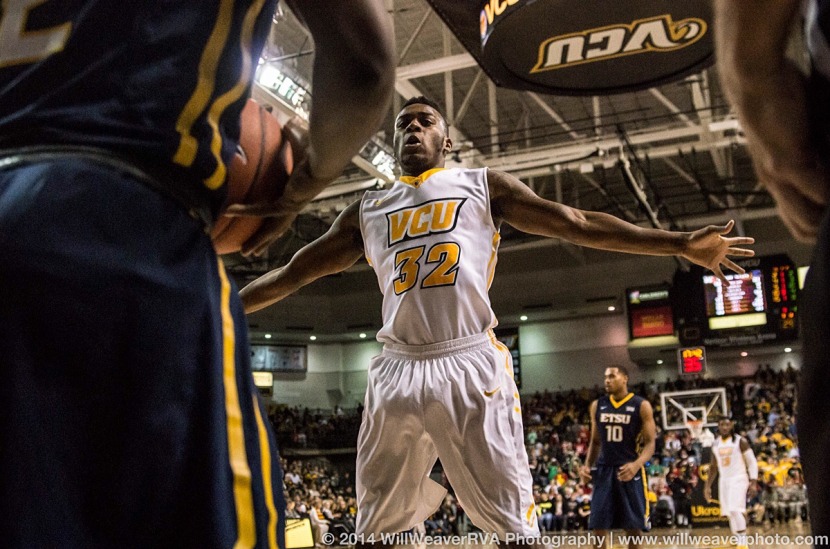 In the second half, Melvin Johnson came out of the locker room and hit back-to-back 3-pointers to spark a 12-0 run. The burst primed VCU for a highlight-reel stuffed half on offense. Dunks were aplenty as VCU finished 13-of-18 from 2-point range. Even generously listed 6-foot-0 freshman point guard Jonathan Williams delivered a two handed jam.

“You can tell when the five guys on the floor together have a cohesion and unity around a common goal.”Coach Smart

At times, VCU looked like a well-oiled HAVOC! machine with five cogs churning perfectly in sync. In one stretch, Briante snagged a steal and lofted it to Justin Tillman for a thunderous alley-oop. Five seconds later Mo Alie-Cox blocked a 3-pointer on the back corner of the press – a place where ETSU, and other opponents, have been successful finding open looks.

After the game, Smart quoted Coach Phil Jackson, “Teamwork is a nebulous thing.” When the Rams play with energy, poise, and are unselfish, great things happen. Early in the season, the stretches when VCU embraced all three seemed few and far between. Recently, all three have been much more common for VCU and the Rams are better for it.

He gets the recognition because of persistence. Johnson went 0-of-7 in the first half and only recorded 3 points. He responded by going a perfect 4-of-4, all on 3-pointers, in the second half before finishing with a team-high 15 points.

This all comes on the heels of a similar performance against Cincinnati. Johnson was 0-of-4 with zero points at halftime against the Bearcats before shooting 7-of-9 and scoring 18 points on Saturday. Overall this boils down to this over the last two games: 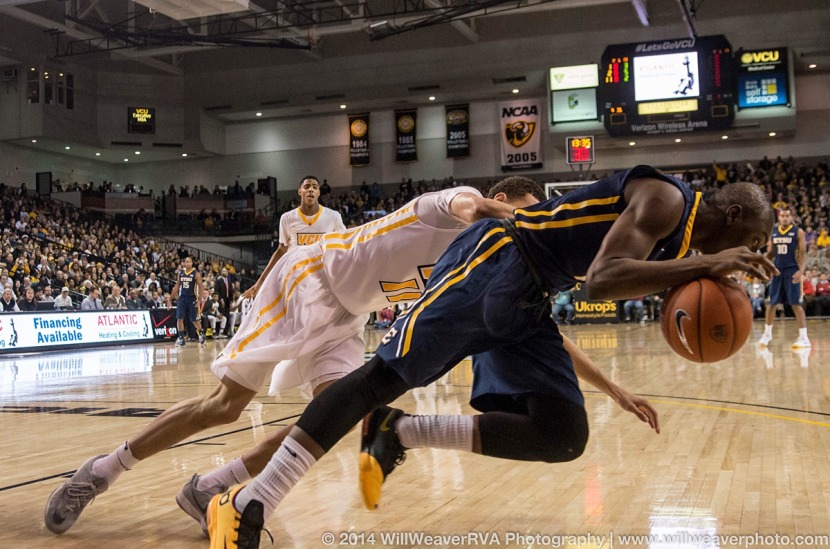 VCU has the week off before hosting Cleveland State next Monday at 7:00 PM. The game will be broadcast on CBS 6.