It was fast and furious but the Rams couldn’t complete a late comeback against Massachusetts on Friday night. VCU has only played Massachusetts three times, but three things have held true in every matchup: 1) it’s fast, 2) it’s furious, and 3) college basketball wins. Sometimes college basketball just wins – but one team still has to lose.

Despite mediocre shooting numbers, Friday was a highly enjoyable battle between two teams willing to crank the tempo to 11. The game boasted 103 total possessions at intermission and VCU entered the locker room with a 39-34 lead thanks to an important 13-3 run. Over one stretch in the first half Massachusetts missed ten straight shots.

In the second half, both teams made an early commitment to attack the rim. Massachusetts was more successful. The Minutemen put together a highlight real of dunks, put-back dunks, and Chaz Williams trick shots as they overcame several timely VCU 3-pointers to take the lead.

With under two minutes remaining, Trey Davis scored four straight points to give the Minutemen a five point lead but the Rams were still within striking distance.

VCU trailed 76-71 with 23 seconds remaining before Treveon Graham scored and Melvin Johnson stole the ball while being fouled on the inbounds pass. With a 78-75 deficit with 16 seconds remaining, VCU had a real shot at completing the comeback before it was derailed by a Briante Weber turnover forced by a Chaz Williams steal.

There’s no shame in losing to a team like Massachusetts on the road but the Rams will regret leaving those free-throws at the line and several of the turnovers. Treveon Graham finished with 19 points, 8 rebounds, and an assist. Juvonte Reddic added 13 points and 9 rebounds.

The Rams have now lost three of their last four games and they are in a three-way tie for third place in the Atlantic 10 with four games remaining on the schedule.

This game was a long time coming. Since the start of the season, it’s been clear that VCU would lose at least one game almost entirely at the free-throw line. Sure, the Rams could have a hit a few more shots or done a better job keeping the ball out of the paint, but VCU attempted four more shots and shot a higher effective field goal percentage (shooting percentage with an extra .5 weight added to 3-pointers) than Massachusetts.

If the box score reveals anything, it’s that VCU went 10-of-22 from the charity stripe while Massachusetts went 20-of-27 including a 12-of-14 performance in the second half. When the game was a free flowing bunch of chaos, the Rams were a better team. When the whistle blew, VCU couldn’t finish on the easiest scoring action in the game of basketball.

Losing is never fun. For now, the blow can be softened by Briante Weber setting the VCU single steals record at 100 and Troy Daniels signing an NBA contract. 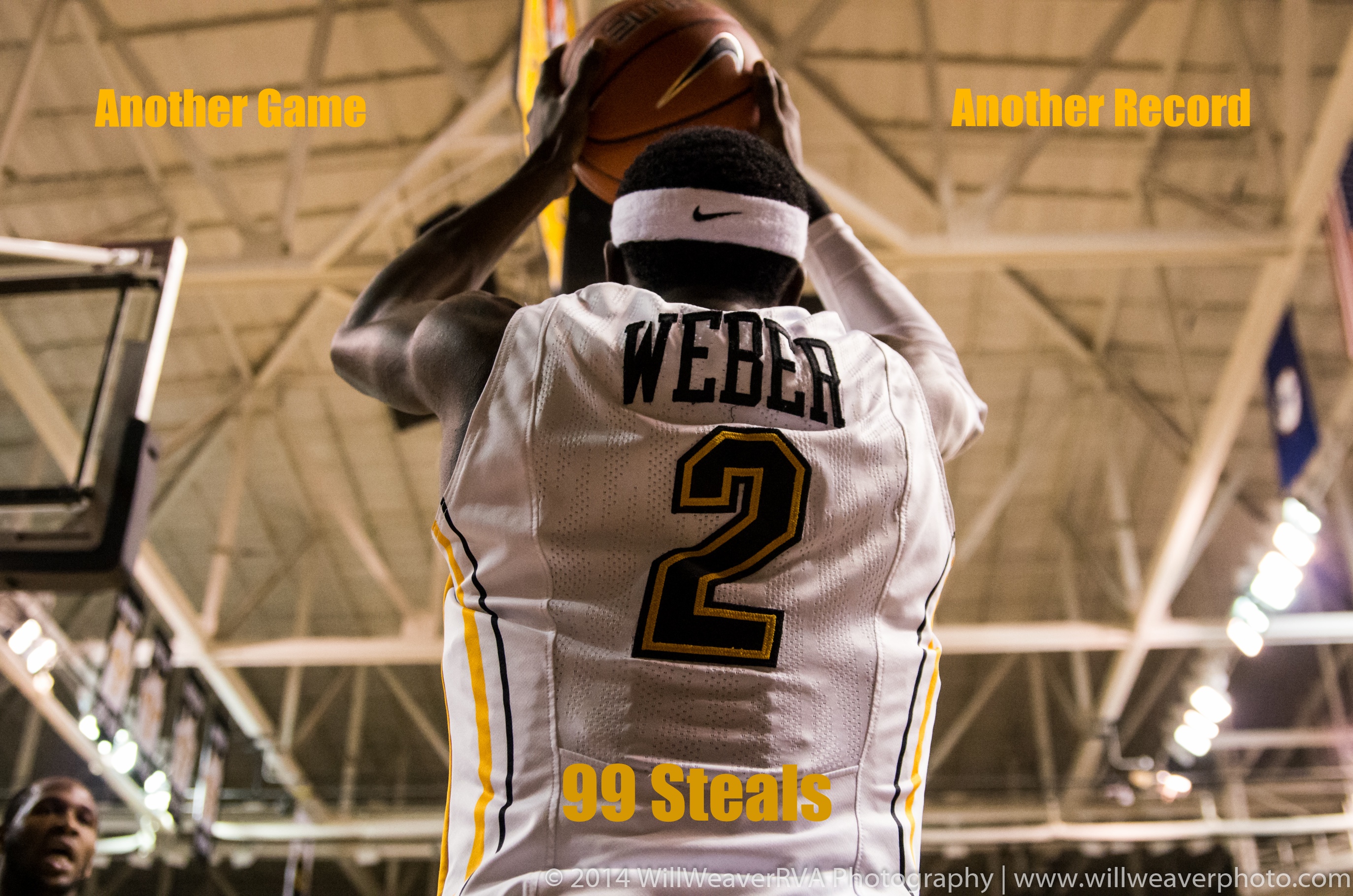 There’s a reason Williams is a favorite for conference player of the year. His first half left plenty to be desired but he made play after play in the second half and down the stretch to put his team in a position to win.

He scored 14 points in the second half, went 6-of-6 from the charity stripe, and made the game deciding steal all while handling HAVOC!. Massachusetts was very well coached and attacked the press successfully five or six different ways but Williams handled the brunt of the ball-handling rather successfully.

Five turnovers doesn’t sound impressive but it’s incredible considering Williams played 38 minutes in an 86 possession game. The Minutemen have slipped a little recently, but Williams is reasons one, two, and three that teams won’t want to play Massachusetts in the big dance.

VCU travels to the Bronx on Thursday to face Fordham at 7PM. The game will be on CBS Sports Network.