VCU’s starting five finished 14-of-40 (40.0 eFG%) from the field, but key contributions from the bench and effective defense kept surprise A-10 contender Davidson from stealing a road game in the Siegel Center.

Davidson entered the game with the sixth highest adjusted offensive efficiency in the country while averaging more than 85 points per game. VCU limited the Wildcats to exactly one point per possession while holding them to 20 points below their season average.

We struggled more to run our half-court offense than at any point this season.Davidson’s Coach McKillop 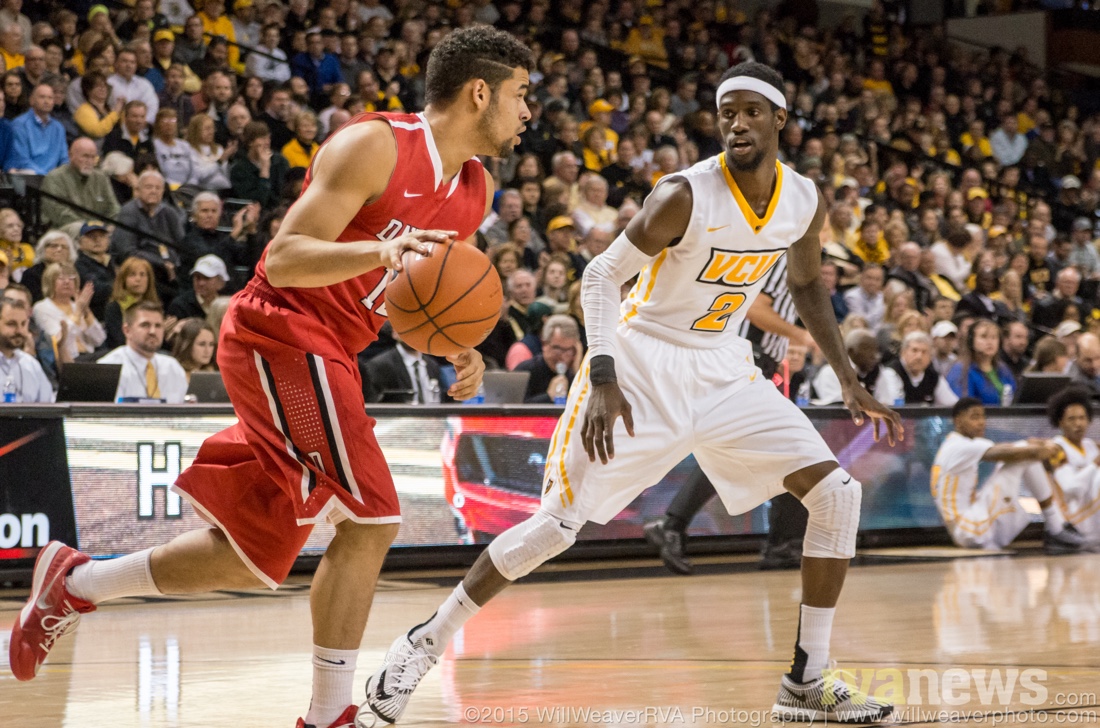 Potential All-Atlantic 10 guard Jack Gibbs finished just 1-of-10 from the field and Davidson failed to find much shooting flow in the first 34 minutes of the game.

VCU wasn’t without its own offensive struggles. Potential A-10 player of the year Treveon Graham finished 4-of-14 from the field, although he did finish with 15 points, 10 rebounds, and his 13th career double-double. With the starting lineup struggling to score, the bench made several impactful contributions.

Terry Larrier finished with 11 points and five rebounds just one game removed from his first career start. It was far from his career high, but Coach Smart called it his “best game of the year.”

He had a different look in his eye. The Terry down the road is going to be a terrific scorer, a terrific rebounder–just a dynamic player.Coach Smart

With 7:26 remaining and VCU’s lead stretched to 13, Davidson’s offense kicked into gear. The Wildcats reeled off four straight before Treveon Graham responded with a jumper. The Wildcats then drained back to back 3-pointers to cut the lead to five but a Mo Alie-Cox jumper and a Treveon Graham corner 3-pointer kept the foe at bay.

Davidson responded with another 3-pointer, but Mo Alie-Cox, who finished with with eight points, five rebounds, four blocks, and a steal, hit another jumper before blocking another shot.

It was quite an introduction, for us in the Atlantic 10, to what a road game means. We’re thrilled to be part of the A-10 despite the loss. This is great basketball. This is terrific basketball.Coach McKillop

It’s only season three for VCU, and it’s a down year for the Atlantic 10, but it’s worth taking a moment and vicariously re-appreciating the opportunity that the Atlantic 10 has offered to newcomers like VCU and Davidson who would otherwise be in the CAA and SoCon.

Neither team’s NCAA Tournament hopes need live or die in the conference tournament, but more importantly, it’s just better basketball. After the game, Coach McKillop’s eyes lit up at the opportunity of playing with some of the best, and the move is well-deserved for one of the most respected coaches in basketball. The opportunity clearly isn’t lost on him and his surprise A-10 contending squad.

This is a heavyweight bout every night.Coach McKillop 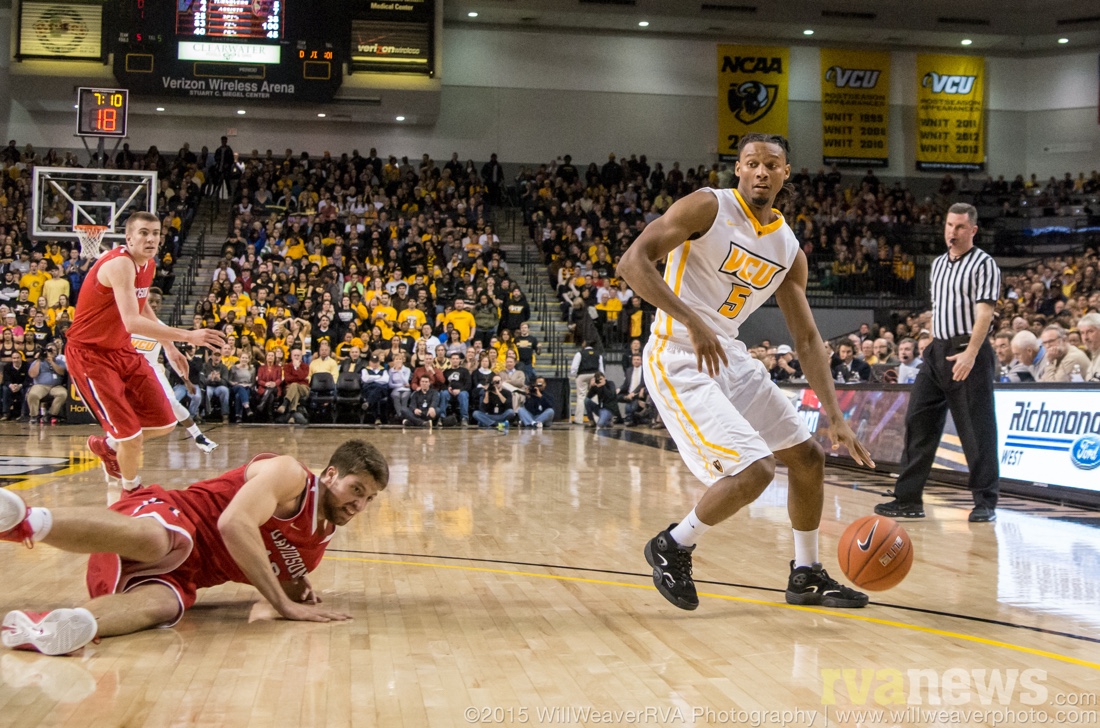 Doug Brooks really had the eye of the tiger out there.Coach Smart

With the starting lineup struggling to score in the first half, Brooks provided an invaluable spark off the bench. Both made 3-pointers after hesitating to shoot, which in the quick-trigger world of Doug Brooks is unprecedented. The bottom line: after almost quitting the team before the UVA game, Brooks has carved out a valuable and significant role as a key contributor off the bench.