What to expect: is VCU really better than 14 days ago?

VCU dismantled Virginia Tech on Saturday. Was it a fluke or is VCU really better than when they lost to Northern Iowa two weeks ago? Virginia Commonwealth returns to the Barclays Center in Brooklyn, New York, the home of the Atlantic 10 Tournament, to take on Boston College Saturday night.

Was Saturday’s total dismantling of Virginia Tech a sign that VCU has found its mojo, and HAVOC! is finally tuned up for the Atlantic 10 season? Or was Saturday a fluke performance over an inexperienced backcourt, and VCU is the same team that lost to Northern Iowa on December 14th? Saturday’s neutral court bout with Boston College should help answer that question.

Before the season, Saturday looked like a valuable opportunity to build VCU’s resume while playing their fourth ACC team of the season. Unfortunately, Boston College has underperformed, they are now 4-8 (3-8 against Division I teams), and Saturday has the makings of a trap game. 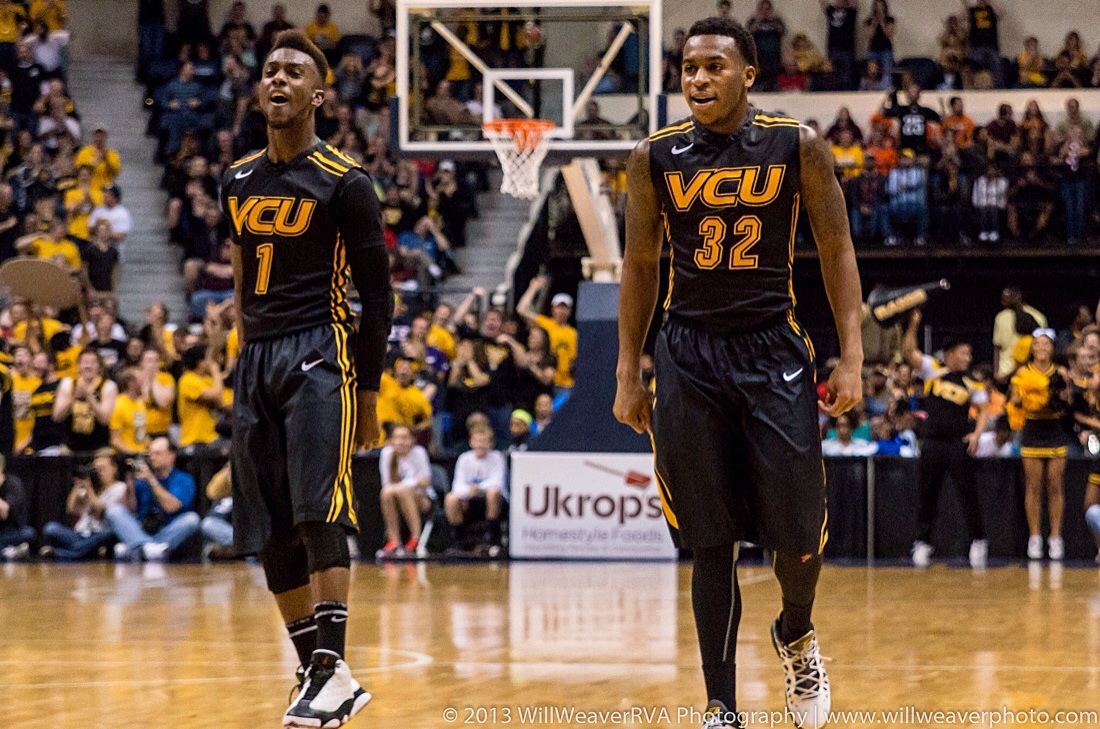 Two weeks ago, VCU visited Northern Iowa, a talented but underperforming team that desperately needed a win–much like Boston College. Juvonte Reddic was a non-factor, and Northern Iowa capitalized on open 3-pointers en route to a nine point victory over the Rams. Saturday, VCU and Juvonte Reddic have an opportunity to prove that they have learned something in the last two weeks and that demolishing Virginia Tech wasn’t just a fluke.

The Eagles’ record is embarrassing but they have played one of the tougher schedules in the country. Seven of their eight losses are to teams ranked in the top-100 on KenPom.com including Massachusetts (20), Connecticut (25), and Maryland (64). They lost to #18 UConn, 72-70, on a neutral court, and they’ve kept many of their games close. The Eagles have had opportunities but they’ve capitalized on none. Their last DI victory was an OT win over a very bad Sacred Heart team on 11/26.

Boston College is one of the best offensive teams VCU has played all season. They rank 29th nationally in offensive efficiency, they shoot .561 from 2-point range and .796 from the charity stripe. They are responsible with the basketball, and they attempt plenty of free-throws.

Olivier Hanlan (20.1 PPG), Ryan Anderson (16.4 PPG), and Joe Rahon (10.0 PPG) do most of the heavy lifting while the rest of the roster is capable of draining 3-pointers when they find themselves open. They are one of the slowest teams in college basketball, and their average offensive possession is 19.5 seconds. Slowing it down and protecting the ball could frustrate VCU, but speeding up the Eagles could destroy BC’s rhythm.

If Boston College is so efficient on offense, how are they losing so many games? Their defense is abysmal. They rank 305th in defensive efficiency, and they struggle in every statistical area. Ranked 195th, Belmont is the worst defense VCU has played all season. BC is particularly dreadful at defending the 3-point line where they allow opponents to shoot .407. If Melvin Johnson can maintain a smidgeon of Saturday’s magic, or if that magic is slightly contagious, then VCU could hit plenty of 3-pointers on Saturday.

Sophomore Olivier Hanlan is the reigning ACC rookie of the year and a legitimate NBA prospect. He is a decent outside shooter, but most of his points come from getting to the rim and drawing contact. He’s already attempted 95 free-throws which is a full 30 more than Treveon Graham. Hanlan is the focal point of a relatively one-dimensional offense, and shutting him down is a top priority. He went off for 41 points last season in the ACC Tournament against Georgia Tech.

#25 Joe Rahon (G, Sophomore) • Rahon is piece number two of Boston College’s fantastic backcourt. Both can drive and both are good enough 3-point shooters, but they are not good perimeter defenders.

#23 Alex Dragicevich (F, Junior) • Dragicevich adds size with his 6-foot-8 frame, but his only big contribution is 3-point shooting. No one Eagle will beat VCU from 3-point range, but it will be a battle of focus. Limit a player like Dragicevich to one or fewer 3-pointers and consider it a mission accomplished.

#12 Ryan Anderson (F, Junior) • Anderson is the Eagles most efficient scorer and rebounder. He averages 16.4 PPG which come almost exclusively from around the basket. Boston College lacks size, so Anderson will have his hands full dealing with VCU’s reenergized front-court.

#4 Eddie Odio (F, Junior) • Odio starts because of his size and defense. He is the Eagles’ only shot blocker, and when he heads to the bench, Boston College usually goes with smaller lineups.

#0 Garland Owens (G, Freshman) • Owens is efficient but he rarely contributes. Boston College plays with three players on offense and Owens is more of an extra body on the court than a real contributor. 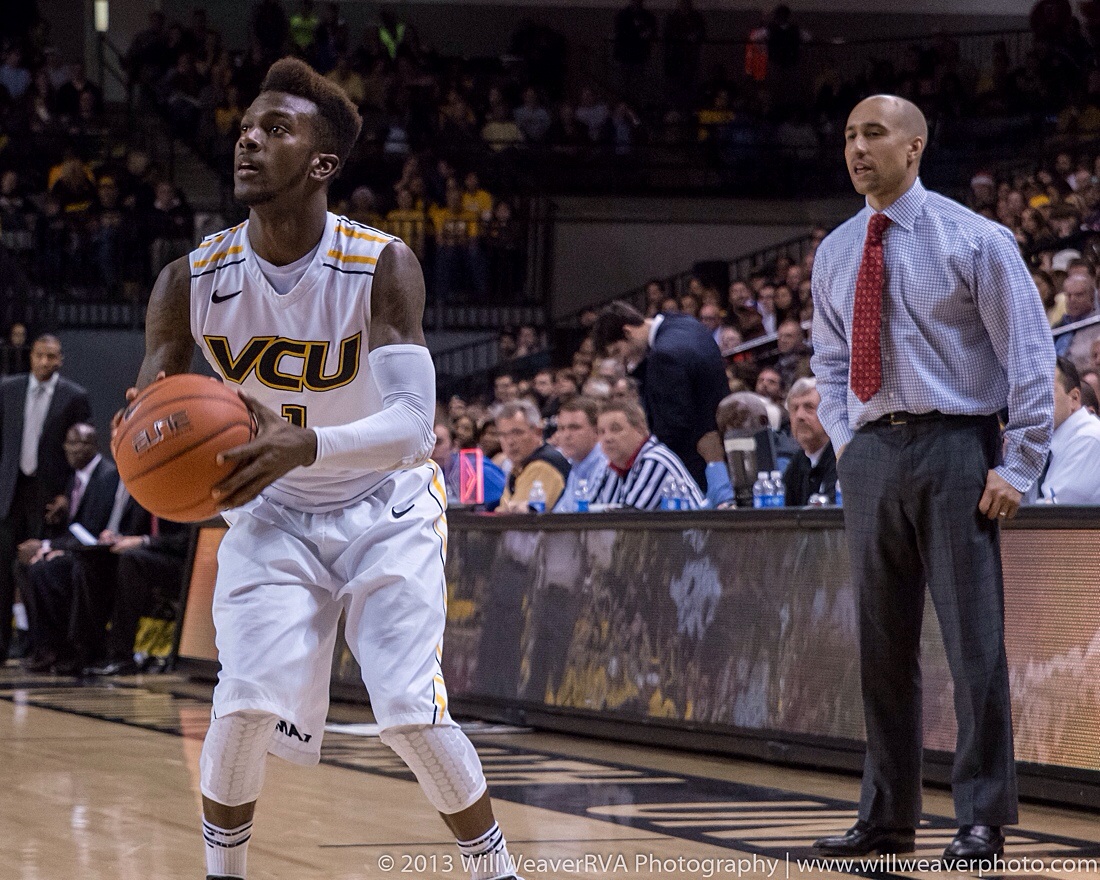 If VCU doesn’t get stops, then this could become a shoot out. Something makes me think VCU finally flipped the switch against Virginia Tech, and they won’t lose any of their next three games. KenPom picks VCU to win 80-71 with an 80% chance of victory.