The Flying Squirrels take 3 of 4 from the Reading Phillies. Next up: 3 home games vs the New Britain Rock Cats.

The Flying Squirrels take 3 of 4 from the Reading Phillies. Next up: 3 home games vs the New Britain Rock Cats.

After a rough start on the road, the Richmond Flying Squirrels (4-7) came home this past weekend to win three out of four against the Reading Phillies in impressive fashion. The team that couldn’t score in Bowie and Altoona collected 11 runs in the series with the Phillies at the Diamond, while solid pitching and outstanding defensive plays held the Phillies to only 2 runs in the first 3 games. 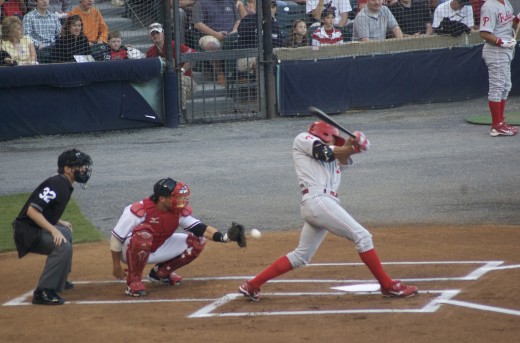 Catcher Jackson Williams behind the plate for a Phillies strike

The New Britain Rock Cats (3-7) come to Richmond on a winning steak of their own. After losing their first 7 games in series with the New Hampshire Fisher Cats and the Portland Sea Dogs, the Rock Cats have won 3 straight against the more hapless Harrisburg Senators.

The Squirrels will split 12 games home&away this season with the Minnesota Twins’ affiliated Rock Cats, half of which take place in the next 10 days. With home almost 400 miles away in New Britain, Connecticut, (AKA “Hardware City”) the Rock Cats fall right in the middle of how far away from Richmond the various Eastern League teams are located.

This could be the beginning of quite a run for the Squirrels. After these 3 home games with New Britain, the Squirrels hit the road for 3 more with the Reading Phillies and then 3 at New Britain. If the Flying Squirrels team of the past few days is for real, we’ll see a winning record sometime this week and perhaps a move into the top half of the Western Division. 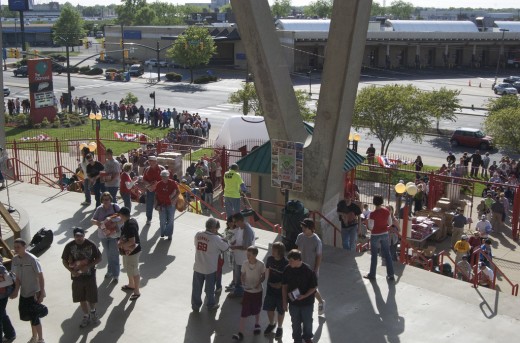 Lined up for the Budweiser fleece blanket give-a-way