A Richmond native, mother of three, and incarcerated over thirty times, Darlene Castro has lived an extraordinary life. Diagnosed with HIV late in life, however, changed her life more than anything else. How this remarkable woman took an HIV-positive diagnosis and made it change her life…for the better.

On the first floor of the Fan Free Clinic is a room lit by single lamp. It has living-room decor and the instruments of a doctor’s examination room. This is where the HIV tests are administered and the results shared. Sitting in the room, it’s hard not to imagine the many people who have breathed a sigh of relief after hearing of their negative results. However, it’s the people who cry to the point of exhaustion after hearing they are HIV positive that remain most in your mind.

“I cried for two months…I went into isolation,” said Darlene Castro, speaking about the time that followed her HIV diagnosis. “I stayed in my house and didn’t want to come out.”

Raised in Richmond’s Washington Park, Darlene attended the University of Nevada at Las Vegas on a basketball scholarship. While living in Las Vegas, Darlene became pregnant with her eldest daughter, who is now 34-years-old. “I was on drugs for eight years,” she said. By her count, she has been jailed a total of thirty-two times for a variety of offenses.

She moved back to Richmond after living in Las Vegas for ten years and the run-ins with the law followed her back east. One local offense made the then-Commonwealth Attorney ask a judge to sentence her to over 20 years in prison. The judge, however, asked Darlene if she was both willing and able to quit using drugs. She said that she was.

“I threw chairs,” she said. “I kicked chairs.” Unsatisfied with the results, Darlene had tests performed in Henrico and Hanover counties. They all came back the same.

She told her children, two in their early 30’s and one in her early 20’s, to get tested. They did and their results were negative.

She credits the Fan Free Clinic with educating her about the virus and, as she put it, showing her that “I didn’t have a death sentence.” She recalls a phone conversation with her mother after her diagnosis. “I said ‘Mama, I’m not going to die. It’s just HIV.” 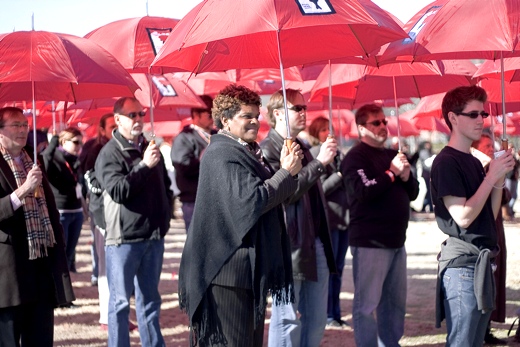 Not only did the Fan Free Clinic provide education, they also paid her rent for the first five months she used their services. She also said that the counseling services, particularly the weekly women’s group meeting, gave her the motivation and inspiration to live a happier life. She speaks of a “special kind of conversation” that people with HIV have with one another. When asked how the Fan Free Clinic treats her, she doesn’t stumble over words: “Like home. Like family.”

Envisioning Darlene as a chronic drug user and someone who was incarcerated for over thirty unique offenses seems utterly impossible. “I’m happy,” she said when this point was broached. “I’m at peace with myself.”

Recently, her words were used in a unique audio presentation, where her story was recorded and then shared with local teenagers and their parents. Her voice grows concerned when we talk about HIV and area youth. “The younger generation don’t want to find out if they’re HIV positive,” she said. She recalls speaking with two teen girls about the matter. They said that they don’t want to be tested.

When Darlene pressed them, asking them how would they feel were they to have sex with someone without them knowing that they, the girls, had HIV and were unknowingly passing it along to their partners, their response is chilling: “‘I don’t care,’” is what they told Darlene.

This is one reason for Darlene’s outspokenness about her life: so that she can help change people’s perceptions about HIV, and to embrace those that already have it. “I believe talking is the best thing,” she said. Not only has she used the resources of the Fan Free Clinic, but she is now a resource herself, as she remains actively involved in clinic’s goings on. She realizes how unique and helpful the clinic is. “I wish they had a Fan Free Clinic like this all over the world.”

Knowing her past, and seeing how effervescent she is now about life, I ask her: if you had the ability to go back in time and live without HIV–and with it your time at the Fan Free Clinic–would you do it? She smiles without hesitancy.