The Monroe Park campaign is a group of individuals determined to keep Monroe Park public and open throughout the planned extensive renovation period — at least nine months.

The Monroe Park campaign is less an organized group and more a collection of similarly minded individuals determined to keep Monroe Park public and open throughout the planned extensive renovation period.

Organizer Rebecca Adams laid out the campaign’s plan clearly: “This is a public park; everybody should be able to use it.”

The source of the campaign’s concern? The Monroe Park Master Plan — the City’s 130-page, $7.5 million blueprint for a renovation of Richmond’s oldest public park. The plan calls for extensive physical work to be done to every corner of the park. Members of the city’s Monroe Park Advisory Council, the governing body designated to oversee the renovation, has estimated a a total park shut down to last at least nine months.

Eric Scott, a member of the Wingnut Anarchist Collective and Food Not Bombs, said the Monroe Park campaign first got off the ground after a run-in with Monroe Park Advisory Council (MPAC) head Alice Massie at a public feeding in Monroe Park in September of last year. They had heard rumors and read articles in the paper about planned renovations and approached Massie.

“We went over and started asking questions,” Scott said. “And that’s when she said the park would be closed for nine to 18 months and would be blocked off by a 9-foot fence…that’s when we started to organize.”

Not only would the park closing hinder the 16-year history of Food Not Bombs’ community feedings — it would displace the many homeless who come to the park regularly to eat and the locals who come to socialize.

The Monroe Park Master Plan recognizes the homeless population, stating, “As many as 300 people could be seen lined up in the park, waiting to receive food being distributed by groups of volunteers.” 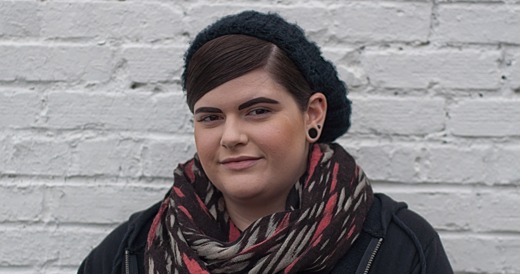 What troubles Scott, Adams, the Wingnuts, and the rest of the folks involved in the campaign is the line following it. “The homeless presence in Monroe Park poses an impediment to increased park usage.” The plan also puts current park users into two categories: transients and VCU students.

This anti-homeless sentiment provoked a response in the Richmond community. Within 5 months, a petition asking for the park to remain open during renovations collected over 1,000 signatures.

Scott said it wasn’t hard to find support for the campaign. “The people who are directly involved [in the campaign] are those who are most affected by its closing.” This includes church groups who supply community feedings and those interested in the well-being of the less fortunate. But it’s not only people who are concerned for the homeless who are reacting.

Megan Osborn, who’s involved in the Monroe Park campaign, said the goal is about keeping an open place for the citizenry of Richmond.

“It’s a public park; there are more than just feeding programs that go on there. It’s the largest green space and it’s so centralized.” she said. “It’s a place for game re-enactors, and students to gather… it’s a community place. People feel a sense of community there. And if it’s shut down we wont have that sense of community anymore.” 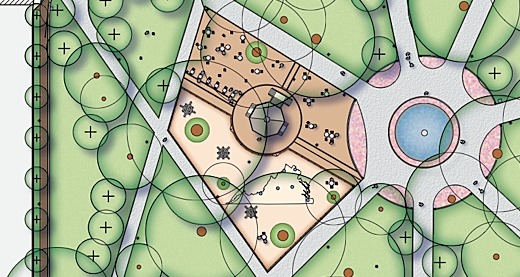 The campaign doesn’t take issues with all renovations and would like to see general improvements made to the park; there are concerns are with specific parts of the project. “They are going to build a replica of the James River,” Adams said, “which seems silly because the REAL James River is a few blocks away.”

Osborn takes issue with establishing a private security force to police a park. Combine private security and a goal of keeping the homeless out of the park, and Osborn thinks discrimination could occur.

She said, “How can anyone tell if someone is homeless unless you go up and ask everyone in the park? And what does it matter? They’re people too, they are part of this community, they are citizens of Richmond.”

In November of last year, Fan District Councilman Charles Samuels held a public meeting to discuss concerns for the park. There, engineers and Samuels laid out the Master Plan and gave members of the public a chance to get into groups and come up with solutions to the issues. Video from the event shows citizens, some siding with the Monroe Park campaign, some not, unwilling to see the entirety of the park closed for any extended period of time.

In a Times-Dispatch interview after the meeting, Samuels said he still believed closing the park in its entirety would be necessary for the plan to continue. This idea was supported by Glenn Telfer, a member of the Draper Aden Associates engineering firm that is working on the project. “It’s a matter of money and priorities.”

The campaign continues to put on events and take action against the planned closing. Since the 1000th Signature “Party in the Park,” campaign members have sought more information on the plan, using Freedom of Information Act requests as a way to find out specifics. Scott said he was still waiting on such details as current cost estimates and companies that could be given contracts.

Scott and friends have also made efforts by approaching their city council members. In a meeting with his Barton Heights Councilwoman Ellen Robertson, Scott was told he would need five people on city council to have a majority to get them behind a plan change.