We did it. We finally did it. That thing is about to open for real, and you’re about to figure out why it’s been such a huge deal. The Virginia Capital Trail project, whose seed was planted way back in 1991, is being grandly opened on October 2nd. That puts it more than a year behind schedule–money problems, angry Richmonder yelling problems, and whatnot–but the day is finally upon us. James City County and Charles City County have completed their ends of the deal, and now we hungrily await the “New Market Heights Phase” section of the trail–10.3 miles between Longbridge Road just east of I-295 and Kimages Road (Route 658). And then the project will emerge triumphant from the weeds!

If you do a lot of driving along Route 5 (and I suggest you do on some beautiful Sunday afternoon), you’ve been seeing the trail start, stop, and bridge gaps over the years. Watching it progress has been sort of like watching a route materialize on that map Harry Potter’s always carrying around–only in extreme slow motion. The annual Cap2Cap ride from Richmond to Williamsburg has been around so long (a full decade) that it’s easy to forget that it’s a fundraiser for the trail.

After feasibility studies in the late 90s, Governor Mark Warner’s administration gets some initial funding from the commonwealth in 2003, followed by some federal funds the next year. The Virginia Capital Trail Foundation is formed that same year to tackle PR, help with fundraising, and be a resource to citizens looking for more information.

Ground broke in 2005 in Jamestown, nine years after VDOT requested initial proposals for feasibility studies and 14 years after the Virginia Department of Transportation called for bicycle lanes on Route 5. A year later, that portion of the trail (the “Greensprings Road” portion) was complete. A year after that, the Richmond Riverfront section construction began.

Then, hit the trail on Saturday, October 3rd and (if you ride fast enough) catch all four Virginia Capital Trail Day celebrations, which include more ribbon cuttings. Check back here for more updates as to what this will entail, besides friggin’ wild mayhem along the James! I mean, for the whole family, you know.

Keep abreast of the situation (and retrace the journey) by reading the news updates by Beth Weisbrod, Executive Director of Virginia Capital Trail Foundation. She’s an engaging writer and her passion is real.

And now, some photos

On a regular old Sunday, the trail had plenty of pedestrians and cyclists upon it from Downtown to Rocketts Landing. Past the Lehigh Silo wreckage, past the Yuengling Cave, past the University of Richmond boats, past the Rocketts Landing community gardens that I didn’t know existed, past some broken down structures intriguingly slated for some sort of development, and you’re suddenly in the country. On your bike. It’s pretty thrilling. 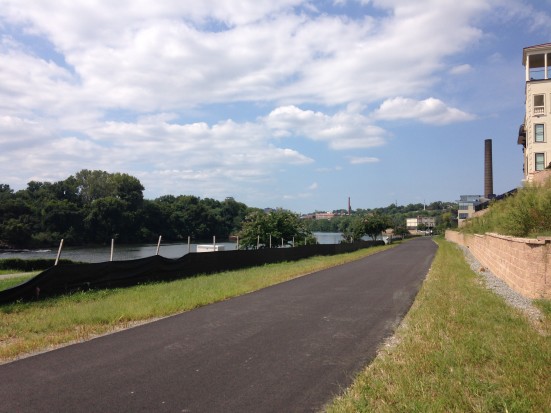 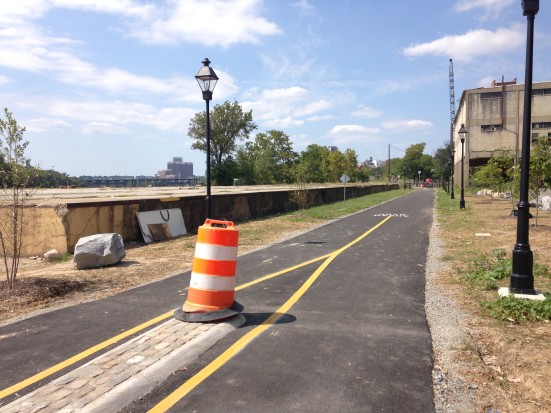 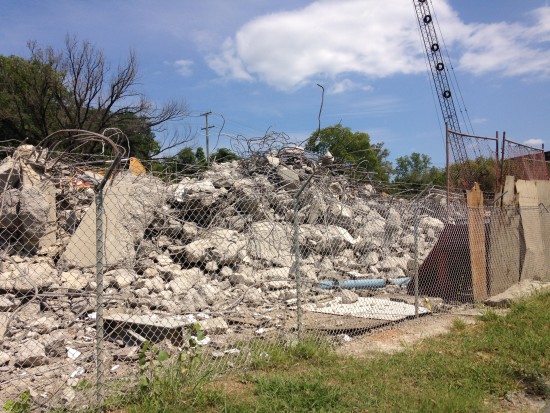