If you can’t take care of a pet, leaving it in Forest Hill Park is not a feasible option.

This is what happens when I don’t go on Twitter on a Sunday. Here is the rest of the conversation including possibly what type of lizard. Status of lizard is unknown at this time. 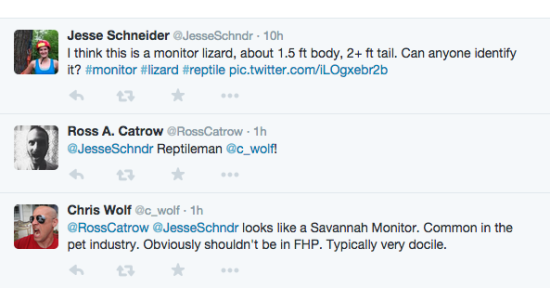