Bike “sharrows” coming to Richmond after the city receives $119 million in transportation funding. 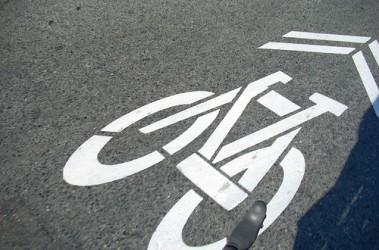 Between 2012-2017, Richmond will have more than $119 million to play with. The recently adopted Six-Year Improvement Program budget from the Commonwealth Transportation Board (CTB) will fund several transportation improvement projects.

Among them will be Bike sharrows, typically a bicycle with arrows atop it spray painted in the center of a travel lane, done as a visual indication to both motorists and cyclists that bicycle travel takes place at that particular location. Designated to installed in fiscal year 2012, the sharrows will run as follows:

Although unrelated, the announcement of the bike sharrows comes on the heels of Mia Birk’s talk at the Science Museum of Virginia on how to successfully implement bike-friendly initiatives in cities. Birk oversaw the 20 year process in Portland, Oregon that ultimately made the city the most bike-friendly in the U.S.

Other funding in the Six-Year improvement program includes completing Phase 3 of Main Street Station, providing a cobblestone roadbed on the east end of the African Burial Ground, traffic system upgrades in South Richmond, among other projects.