What, to the people of Richmond, is Independence Day?

Maat Free helps us look closely at how we celebrate July 4th, and what Frederick Douglass would have to say to us about it. So here we are in RVA, still high-spirited from our lovely double-rainbowed, thunderstorm-saturated holiday weekend. Cookout and parade pictures have been uploaded and shared. The grills have cooled, the ice has melted, the last red, white, and blue cupcakes have been packed in today’s lunchboxes.

Everyone’s looking forward to the next wave of excitement and celebration, which is several weeks ahead. We’ve got a ton of time from now until then. Might as well count it as an opportunity to keep the conversation going with a reflection from the past to help us contextualize our current challenge to unearth the historic roots of American racism.

I suspect that this year, because of the mainstream recently disavowing itself of the Confederate flag, people felt a twinge in their conscience as they put on their patriotic Old Navy flip flops and tees. Sure, this past weekend was an American tradition, but no observance is above reproach.

Some people call it the Fourth of You Lie. What’s your stance on Independence Day? Whose idea was this and to whom were they including in their early celebrations? Who should be included in the celebration now? More importantly, who should opt out and why? It’s time to let the record show. No more historical revisionism. It’s really uncool. But first, let’s have a little backstory. 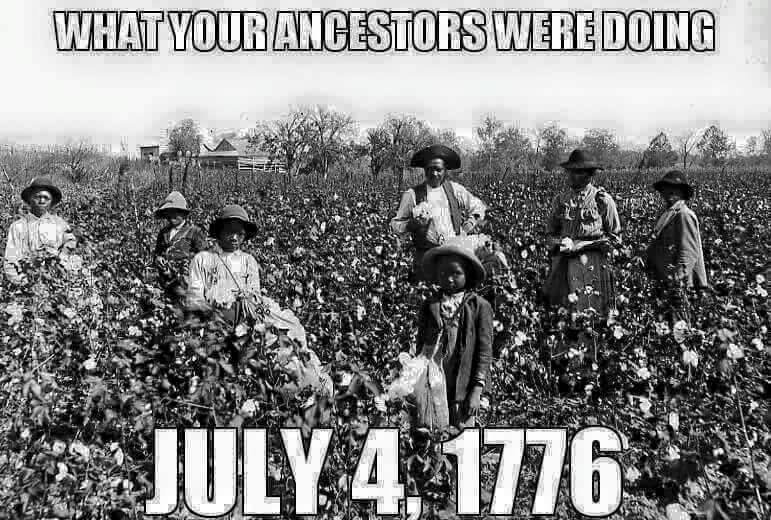 How then can we critical thinkers and lovers of humanity just party like rock stars on a day that is meant to celebrate White folks having the freedom to dog the hell out of the entire Black race? This is what I’m wondering. Who else is in town was thinking about this as the bullets and bottle rockets blasted headlong into the night?

Well, I do know that in 1851, Frederick Douglass was thinking about it nonstop. He brought down the house with a speech called “What, to the Slave, is Independence Day” and he went all the way in, admonishing people for having cookouts and parties on the 4th of July. Yeah, he did that — 34 years old, spitting fire at a packed women’s anti-slavery rally in upstate New York. People of all races had the highest respect for him, too. His word was bond. 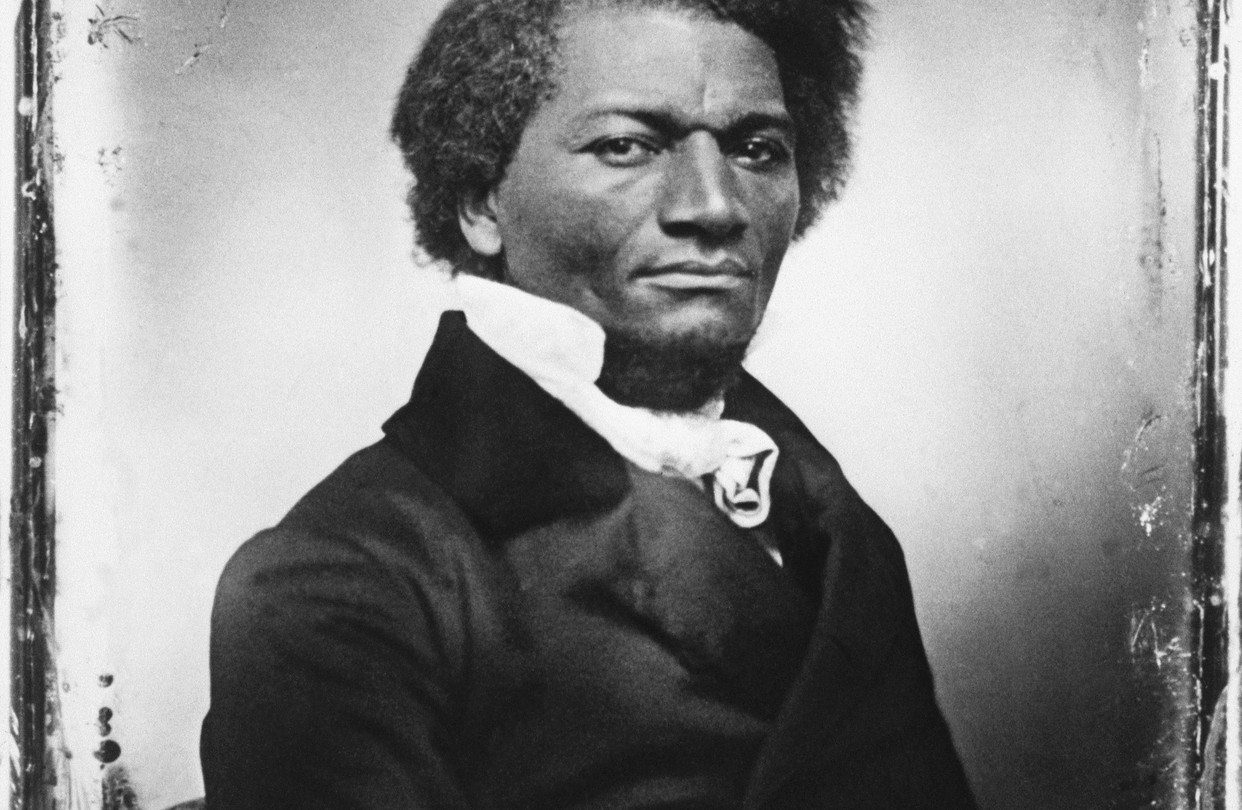 Here you have this brilliant young self-emancipated man, bravely speaking his truth and desperately trying to break the yoke of bondage from the neck of his people. Who better to come down on White folks for celebrating their freedom from England and meanwhile treating Blacks like total crap?

Afterwards, could nobody say nothing but “Damn, he’s right.” It’s the classic example of what I like to call a scathing indictment. See for yourself. Actually, go ahead and listen.

But hold on, there’s something else. Imagine what Frederick Douglass would be saying to Black people today. What hellfire would he spit if he saw us last weekend, running in and out of stores and buying every red, white, and blue trinket we could carry. If Black Lives Matter as much as folks claim, the lives of our enslaved African Ancestors ought to matter too.

At this point, should any compassionate human being be celebrating a day that promoted the devaluation of human life? Independence Day supported the belief that my Ancestors were the equivalent in value to that of a horse or wagon. Don’t take it from me, just ask Tupac: 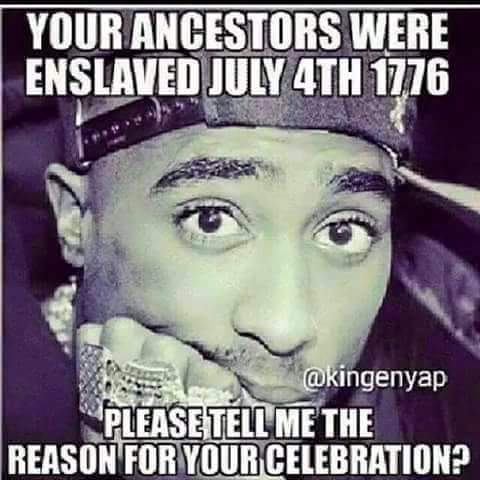 Now that the weekend is over, I challenge you to reflect on your own July 4th traditions. Do a brief self assessment. What do these questions mean for us in Richmond, since a lot of our traditions are under current review?

It would be interesting to hear what you come up with. Drop a comment in the box below and maybe something good will come of it. We have the power to change the world, one red, white, and blue cupcake at a time. 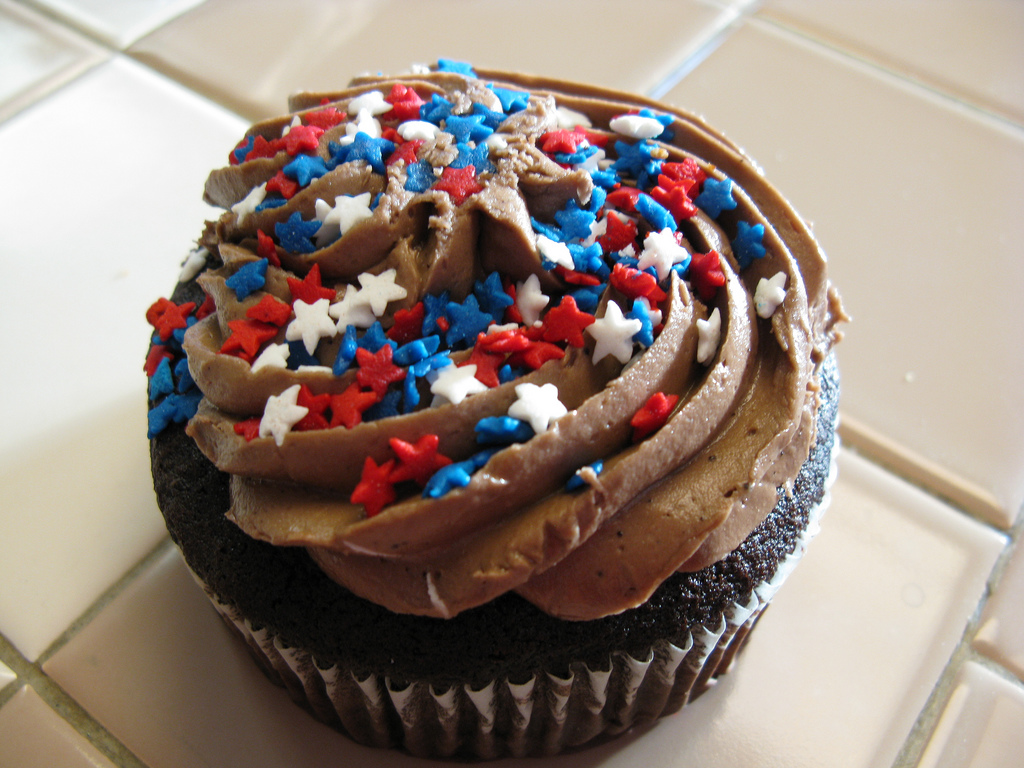