Weather! Threat of storms for Friday, gorgeous weekend ahead

It’s Friday, and it appears some apologies are in order.

It’s Friday, and it appears some apologies are in order.

First, in my rush to get a forecast out on Wednesday, I totally neglected to write a forecast for Thursday night’s Flying Squirrels game. Second, I seem to have missed the mark for Thursday. We never got any of the rain that I had talked about, and we never got out of the low 60s for high temperatures yesterday. Sorry about that, folks.

Also, a big thanks to reader Richard Foreman, who was gracious enough to send along these photos, taken just after Wednesday’s storms passed over Chesterfield County. 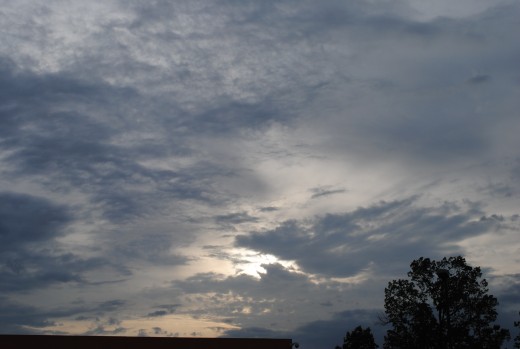 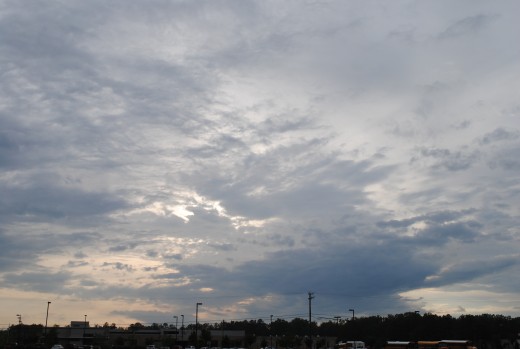 The weekly US Drought Monitor map was released Thursday morning, and given the relative lack of rain that we’ve had so far this month, southeast Virginia and Richmond have been listed as Abnormally Dry. As much as I don’t want to see people get rained out while enjoying the outdoors, we need the rain. One thing to note is that this data does not include Wednesday’s rainfall, which should make a small dent in our yearly deficit.

The good news is that yesterday’s clouds are long gone, and our temperatures Friday are already well into the 70s, on their way to today’s high of 90. There are two frontal systems interacting today: a warm front that moved north across the area this morning and brought the warm air that we’re seeing now, and a cold front that is moving from the west across the mountains. The Storm Prediction Center is targeting an area just north of Richmond, centered around Hagerstown, MD, for severe storm initiation this afternoon. The good news is that we’re out of the risk area for this afternoon. That doesn’t mean that we’re totally in the free and clear, as there’s still a chance that we will see some pop-up showers and thunderstorms as the energy moves through the area into the early evening. Temperatures will drop to near 70 overnight tonight.

Friday night: If you’re going to see the Flying Squirrels tonight (7:05pm, vs. Altoona), heading to Brown’s Island for Riverrock, catching the Lebanese Food Festival, or doing anything else tonight, you’re going to be in for a good night. The clouds should stay away until after sunset, with a nice breeze and temperatures in the low 80s at 7:00pm. The threat tonight will be the chance for a shower or strong thunderstorm, packing winds and possibly hail, this evening. If you’re going out tonight, be prepared.

Looking at Saturday, it’s going to be a great day for the Strawberry Hill Races. High temperatures Saturday will climb into the low 80s. Clouds will linger some as the cold front moves south into North Carolina (and stays there for the weekend), but there’s no chances for rain, which should be the best news for everyone.

Squirrelcast (6:35p, vs. Altoona): First pitch temperature will be near 70, with partly cloudy skies. Post-game temps will be in the low 60s.

Sunday may be the best day of the weekend. Partly sunny skies with mostly high clouds will be the story of the day, while temperatures will be slightly cooler than Saturday, topping out around 80. A light breeze will make for a great day.

Squirrelcast (2:05p, vs. Altoona): First pitch temperature will be near 80, with partly cloudy skies. Temperatures will stay nearly steady through the afternoon. Hard to argue with that kind of weather!

Enjoy your weekend, Richmond. The beginning of next week isn’t looking so great.