Is there such thing as a wine that is indigenous to America (besides Mad Dog 20/20)? Why yes, yes there is. Thus far in our series we’ve studied Virginia wine as an extension of European tradition: the fulfillment of Thomas Jefferson’s long-deferred dream of vitus vinifera thriving here in the Commonwealth. Just about every variety we’ve mentioned (Cabernet Sauvignon, Cabernet Franc, Merlot, Petit Verdot, Chardonnay, Viognier, etc.) is a transplant from the Old World.

But what about native grapes? Is there such thing as a wine that is indigenous to America (besides Mad Dog 20/20)?

Why yes, yes there is. 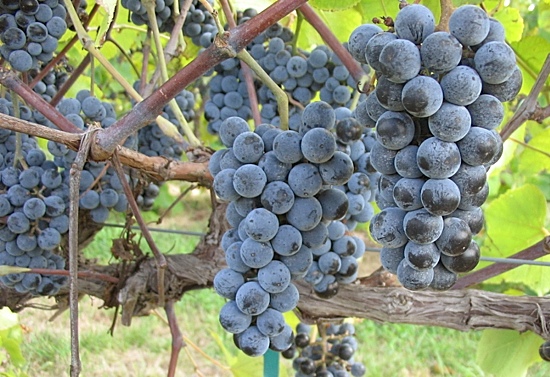 Norton is thought to be the oldest native grape still cultivated commercially. Though it has long been the signature grape of the American Midwest, its roots lie in Virginia. In fact, upon closer look, the Norton grape actually reveals itself to be a native of Richmond. 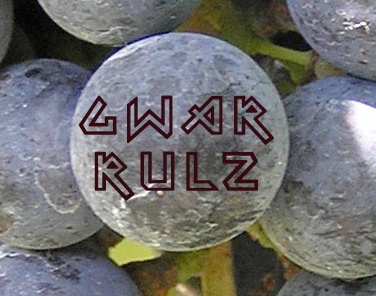 See what I mean.

The Norton grape was “discovered” in 1821, by Dr. Daniel Norborne Norton of Richmond, Virginia. It’s widely accepted that Norton is a hybridization of a long-forgotten grape variety called Bland (I know what you’re thinking: How could a grape with such a captivating name ever fall out of favor?). Further details of its origin—including what, exactly, it was hybridized with—are shrouded in mystery and remain a point of contentious debate among people who are a total drag to be around at parties.

Long before the California wine boom, Missouri was the wine capital of the New World, and Norton, carried west by German immigrants, was its signature grape. Virtually impervious to disease and cold-hearty to 25 below, Norton thrived in a harsh environment where French varieties withered away like, well, like a Frenchman in Missouri. Yet, despite this agricultural success, “The Show Me State” couldn’t muster the tourism draw enjoyed by most other wine regions. 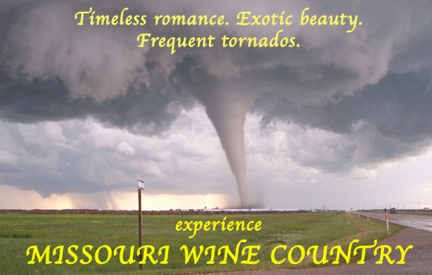 Throughout the late 19th and early 20th century, Norton’s star continued to rise, both commercially and critically. For the first time in history, an indigenous American wine was turning heads on an international scale. A Norton wine received a gold medal at the 1873 Vienna World Exposition, where it was effusively praised as “the best red wine of all nations.”1

Then, of course, Prohibition happened. Acres upon acres of Norton were quickly replaced by concord grapes for fruit juice and jams, much to the delight of small children and joyless adults throughout the country. All is quiet on the mid-western front for decades to come.

Missouri native Dennis Horton was committed to giving Norton the homecoming it deserved when he opened Horton Vineyards in Orange County, Virginia in 1989. The award-winning wines made from his eight acres of Norton succeeded in reacquainting savvy Virginia drinkers with their native grape. Winemakers and wine lovers were inspired by the idea of an indigenous Virginia wine and impressed by the quality—rich, complex, and inky-hued, without the “foxy” character typically associated with native grapes.

None were more inspired than a particular man in the audience of a lecture Horton gave in 1995. A then millionaire who, after selling his 12 businesses and undergoing a sex change operation, would start a new life dedicated to championing this rugged underdog of a grape.2 Today, Jennifer McCloud’s Chrysalis Vineyards in Middleburg, Virginia grows more Norton than any single site in the world. Through her wine and work she seeks to restore Norton to its prominence as, not just Virginia’s, but America’s native wine.

Up next: I put my mouth where my MacBook is, with tastings at Chrysalis and several other out-of-the-way wineries. We head Off the Beaten Path when our series on Virginia wine continues.