Wine can be such an overwhelming topic. Here’s a helpful primer on some of the styles you’ll see coming out of Virginia’s best wineries. I have become all that I hate. When my editor told me that, thanks to my articles, he went from “knowing nothing” about Virginia wine to feeling like he knew “too much,” I realized it was time for an abrupt about face.

Wine can be such an overwhelming topic, and I began this series with a rant about how much of the wine media exacerbates this option paralysis. But, in light of my editor’s comments, it dawns on me that maybe I’m just a little bit guilty of the same thing. With that in mind, let’s turn this ship back to ground zero (the ship is powered by mixed metaphors, BTW) with a Virginia Wine Primer.

A disclaimer: Never treat Virginia wine as a single entity. We have winemakers striving to emulate top European producers, winemakers striving to emulate the flavor of a chili dog, and pretty much everything in in-between. That being said, there are a handful of styles and varieties that you’ll encounter at almost every “serious” Virginia winery (spoiler alert: “Chili dog” is not one of them).

Oak-Aged Chardonnay: To a lot of casual wine drinkers, Chardonnay is synonymous with an oaky, buttery quality. For those qualities, you can credit aging barrels of young oak (which imparts the woody, vanilla character) and a process called malolactic fermentation (where tart, malic acids are converted into buttery lactic acids). Though this style has pretty deep, Burgundian roots, it was taken to new extremes in the late 20th century by California winemakers, whose buttery, oak bombs quickly became the new industry standard. Incidentally, The Buttery Oak Bombs was also the name of my college jam band. 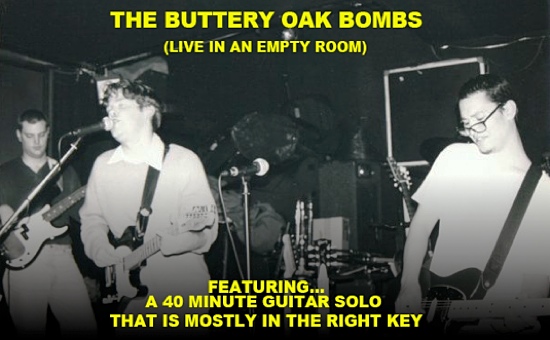 Fortunately, a lot of Virginia wineries are doing with oak-aged Chardonnay what they’re doing with so many styles: straddling a line between European restraint and California excess. Many of the Commonwealth’s best exhibit those nice toasty oak characteristics while retaining some of the grape’s natural character.

Stainless Steel Chardonnay: Without the intervening oak, “stainless steel” Chardonnay’s offers a more “pure” expression of the grape. Malic acids still intact, they taste more like the grapes themselves would if you simply plucked them from the vine and popped them in your mouth—juicy and bright with a green-apple tartness. And while a lot of stainless steel Chards can be refreshing yet forgettable, a few Virginia winemakers are producing some really remarkable examples that are a true testament to terroir.

Famed wine-writer Steven Spurrier has called Viognier (pronounced Vee-own-YAY) Virginia’s “calling card for whites.” While the grape has a prominent history in parts of France’s Rhone Valley, it is experiencing a nearly unprecedented level of New World success as a single varietal in Virginia. Viogniers tend to be lush and medium to full bodied, with floral aromas and explosive tropical flavors–a palate described as “liquid fruity pebbles” by non-famed wine writer, me. Still, Viognier is a dry white wine, and well-balanced examples will counteract all the above with a bright, clean finish.

While Viognier is commonly held-up as Virginia’s signature white wine, Cabernet Franc is often lauded as our benchmark red. Cab Franc is best known for its supporting role in Bordeaux and Bordeaux-style blends—sharing the stage with Cabernet Sauvignon, Merlot, and Petit Verdot. Virginia is quickly joining the very short list of regions showing great success with it as a stand-alone grape. Cab Franc has an amazing ability to pick up all kinds of interesting and earthy elements from both the soil and time spent in the barrel. In a good Virginia Cab Franc, a base of rich ripe fruit is often offset with notes of coffee, coco, tobacco, and spices.

First, it’s time to put something to rest. Meritage is an English word (it rhymes with “heritage”) so let’s stop Frenching it up, please. The term Meritage is an American synonym for a Bordeaux-style blend (again, Merlot, Cab Franc, Cab Sauv, and Petit Verdot). Showcasing a complex palate of dark cherries, raspberries, cedar, and spice, Meritage wines are big, bold, and best if aged at least a couple years.

And now, the rising stars:

Another somewhat obscure grape rising to prominence in Virginia is Petit Manseng. Loosely translating to “little Manseng” (and my parents thought a masters in remedial French was a waste of money!), these small, thick-skinned grapes possess characteristics that could be likened to a more concentrated Viognier. Intense citrus, peach, and pineapple notes and a racy acidity make for off-dry whites and dessert wines that are fruity and floral without being cloyingly sweet.

Unlike all the aforementioned grapes that have migrated to Virginia hoping to graduate from second-fiddle to featured soloist, Norton is a native of the Commonwealth. In fact, Norton’s roots can be traced right back here to Richmond! But don’t rush out, high on local pride, and buy the first Norton you come across. Only a handful of winemakers have figured out how to tease a tasty wine—bursting with concentrated aromas and flavors of cherries, blackberries, smoke, vanilla and spice–out of this cagey grape. Furthermore, most Nortons drink best if aged for several years.

After a career of playing a very peripheral role in Bordeaux blends, the quirky grape known as Petit Verdot has become an unlikely lead character here in Virginia. Think of it as the wine world equivalent to Creed from The Office getting his own spin-off…and with similarly scattered results. The current crop of available Petit Verdots run the gamut from intense but one-dimensional, to complex and compelling, to just plain weird. But overall there’s been enough success to lead many to speculate that PV will become Virginia’s defining grape. Look for an inky black color, dark fruit flavors of plum and prune, and heavy tannins. Look for a steak to eat with it. Then look for a mirror, cause your teeth are probably purple.