The noble namesake of the Armstrong Wildcats

The only school ever named after the white, Hawaiian-born Civil War hero of strong, sometimes-misguided convictions. The Colored High and Normal School’s largest building never really stood a chance. Unfinished when it opened in 1876-funds for construction being simply too much for the local black community to scrape together on its own-it was deeded that same year to the City of Richmond, which allowed it to fall into disrepair with dismaying predictability. The building was condemned in 1908, at which point the school’s leaders knew they’d have to make some swift and sweeping changes for their ever-tenuous enterprise to remain viable.

Fortunately, in 1909 they were able to move their students and faculty into a building at the intersection of 1st and Leigh Streets recently vacated by a whites-only school. There were no shortage of potential namesakes for a school devoted to black achievement; earlier that year W.E.B. Du Bois had founded the NAACP, and only two blocks south of the new building sat the thriving bank of Maggie Walker. 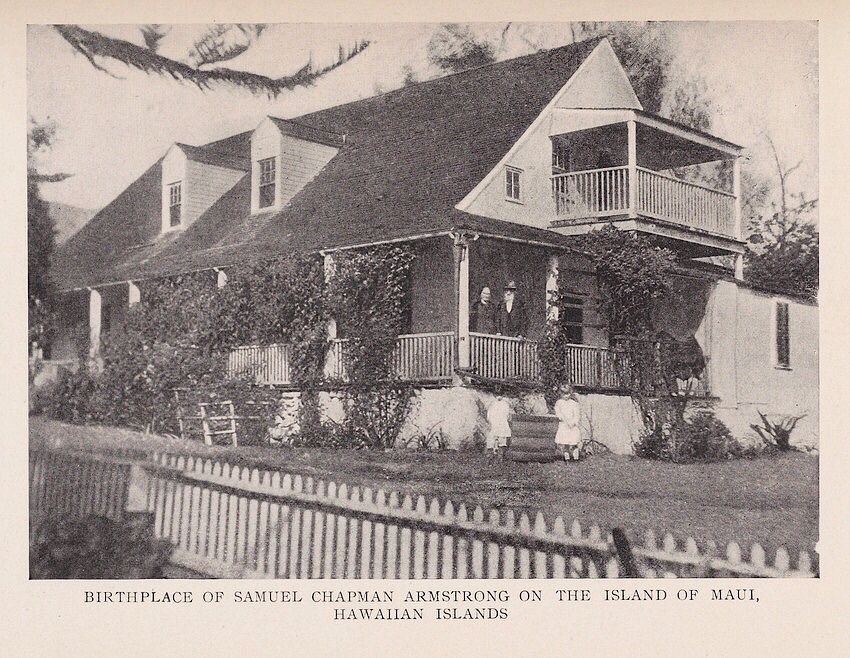 For the first 21 years, Armstrong’s life was impossibly charmed. He was born to a large and well-off family on Maui in 1839, the son of missionaries-turned-educators who’d managed to develop close ties to King Kamehameha III. When not being educated in the island’s best schools, he spent his boyhood and adolescence outdoors on the pristine beaches, cultivating a curious sense of humor as he grew. One day he lowered the flag of the American Consulate to half-mast to mourn the death of a pet. On another, perhaps influenced by Old Testament lessons learned from his parents, he hanged his sisters’ dolls to protest the perceived false “i-doll-atry” they represented.

Armstrong spent his late teenage years apprenticing under his father, who had become Hawaii’s superintendent of education, and it was in this capacity that his attitudes toward education would be crucially forged. In his approach to the natives, the elder Armstrong emphasized the development of trade skills such as carpentry or blacksmithing over more conventional disciplines like writing and math. This might seem innocuous, even practical-but there are darker implications here that doubtlessly informed Samuel’s thinking in later years.

Had his father not died in a horse-riding accident in 1860, it’s entirely possible Armstrong would have spent his adulthood riding his father’s coattails into plum jobs while continuing to lead a life of supreme leisure.1 However, the tragedy spurred him to pursue a more disciplined path, and he soon moved some 5,000 miles away to enroll at Williams College-where he wasted no time making his presence felt.

“In the winter of 1860, into my introspective life nature flung a sort of cataclasm [sic] named Sam Armstrong,” a classmate would recall years later. “There was a quality in him that defied the ordinary English vocabulary. He carried with him the vitality of the ocean…he shocked people by his irreverence and levity.”

It probably warrants mentioning here that it wasn’t exactly difficult to be regarded as an earlier incarnation of Danny Zuko at Williams in 1860. Most of its students were stuffy and cosseted New England bluebloods who would have regarded anyone west of, say, Pittsburgh, as impossibly exotic; Armstrong had only gone there to satisfy a dying wish of his father, who had been friends with the school’s president. The brio and ease with which he comported himself there among men of vastly different backgrounds, however, would prove to be among his most enduring qualities. 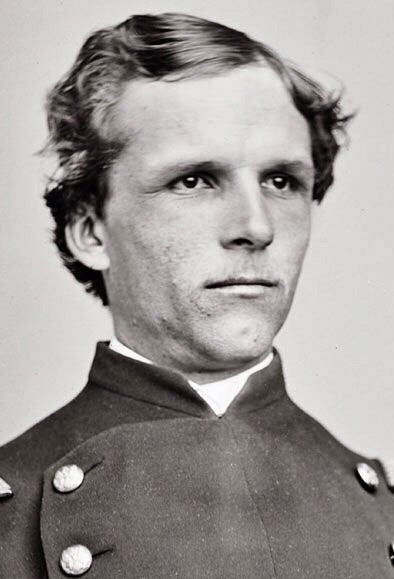 When the Civil War began, Armstrong initially intended to join the Union ranks as a common soldier but was persuaded by his ever-obsequious Williams classmates to recruit and enlist men to serve under his command. “The character that shone in his face and manner,” a friend would later recall, “attracted the better class of men so that his company came to be called ‘The Sunday School Company.’ ” Blessed with an adoring-albeit terribly-named-group of charges at his disposal, Armstrong’s charmed military career was under way.

Within months he’d be among 12,000 prisoners taken at Harper’s Ferry, only to be paroled and promoted to captain of a division sent to Gettysburg. There, his troops defended Cemetery Hill against Pickett’s Charge-among the most pivotal stretches of hours in American history-where he was one of five Union officers to battle throughout the onslaught. Four would die; Armstrong emerged unscathed. He’d continue his rise through the Union ranks before assuming command of a regiment of black soldiers during the Siege of Petersburg. These troops would be among the first to enter the city after a victory months in the making, but their greatest contribution to the Union cause may have been the mark they left on their colonel.

Inspired by the success he’d had supervising black troops at Petersburg, Armstrong joined the Freedmen’s Bureau at the war’s conclusion, where he was appointed to help freed slaves in Virginia find employment. For two years, he worked almost exclusively in the peninsula bordered by the James and York rivers, and soon realized that without new skills at their disposal, most blacks had few employment options beyond returning to the very fields from which they’d been liberated. After securing some seed money from his family’s old contacts in the American Missionary Association, he founded a school to address that need. The Hampton Normal and Agricultural Institute, which opened in 1868, would become Armstrong’s greatest legacy. 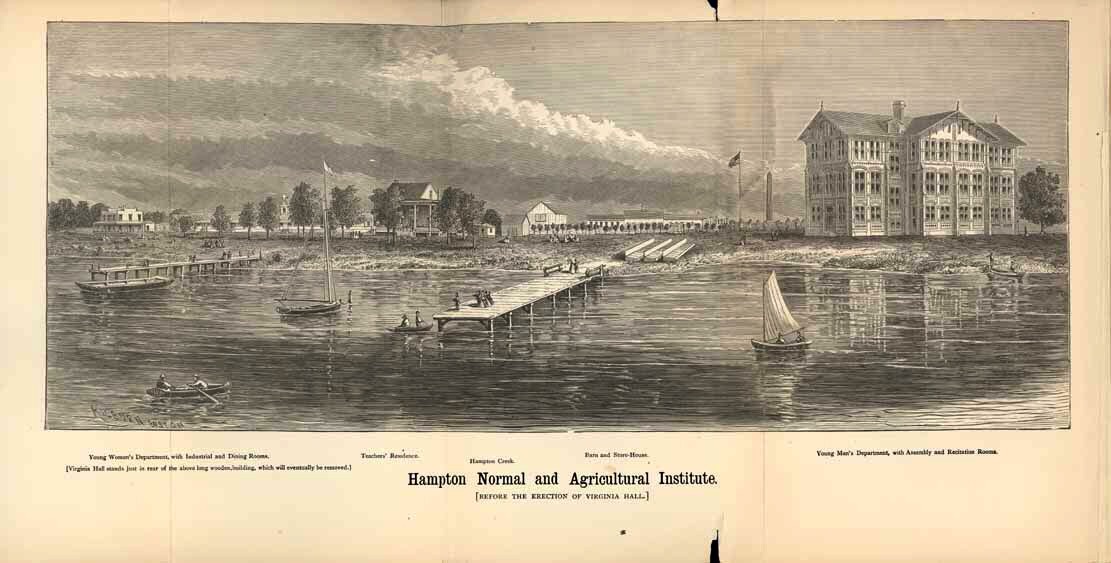 Hampton University, as it would later be known, was intended from the outset to be a place where blacks would be prepared to find jobs and succeed by virtue of hard work. Students would be required to perform manual labor in a variety of disciplines-much as the Hawaiians had done under his father’s oversight decades earlier-to best prepare them for the types of work they were conventionally expected to perform upon graduation. Armstrong made this abundantly clear, in language that revealed perhaps too much about his preconceptions of his new students, in remarks made at a ceremony marking the school’s opening:

The thing to be done was clear: to train selected Negro youth who should go out and teach and lead their people first by example, by getting land and homes; to give them not a dollar that they could earn for themselves; to teach respect for labor, to replace stupid drudgery with skilled hands, and in this way to build up an industrial system for the sake not only of self-support and intelligent labor, but also for the sake of character.

Save for precisely two words, this reads like a downright enlightened explanation for why Armstrong wanted to start a school. But even though the connotations of “stupid” may have changed somewhat over the past 150 years, it’s hard to paint the statement as anything better than naked condescension. It’s also hard to estimate the impact Armstrong’s upbringing may have had in shaping this subtle assurance in his racial supremacy. What’s beyond doubt, however, is that few men of any color did more to improve educational opportunities for blacks during a time in which they were so desperately needed. 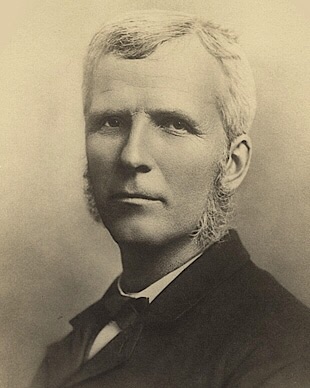 By 1878, the Hampton school had become one of the nation’s preeminent institutions of higher education for blacks, though it struggled constantly to achieve financial stability. Public support for programs benefitting freed blacks had begun to wane, and of course the school had no endowment whatsoever. But whatever misconceptions Armstrong had about other races, he was shrewdly aware of how to exploit the guilt of his own and promptly began a program at Hampton for Native Americans, bringing a few of his newest students with him to Northeastern cities on fundraising tours.

These didn’t always go off without a hitch. One night in 1879, Armstrong introduced a New York City audience to a Native American student, expecting the young man to regale the crowd with tales of his salvation. Instead, the clearly terrified student did nothing but mumble softly and fidget with his hat for several increasingly tense minutes, despite Armstrong’s presumably frantic exhortations.

Overall, however, Armstrong’s plan was immensely successful, securing not just desperately needed donations but also attracting widespread publicity to his broader efforts at Hampton. The school’s reputation was further bolstered by the accomplishments of a graduate named Booker T. Washington, who developed a close relationship with Armstrong and, at his urging, helped found a similar school in Alabama, which would become Tuskegee University. In the 1880s, Armstrong would gradually abandon his administrative duties to raise funds for his school, endearing himself to Northern philanthropists and earning honorary advanced degrees from both Williams and Harvard.

Armstrong died at Hampton in 1893 following complications from his second stroke. He was survived by four children, including two daughters who would go on to teach at Hampton and a son who, upon graduating from the Naval Academy, would lead the Navy’s Negro Recruit Training Program during the Second World War. In accordance with his wishes, Armstrong remains interred on the school’s campus, his grave marked with a stone from Hawaii.

As for Armstrong High School, it’s in its third location since leaving its original home in Jackson Ward. In a poetic twist, that building at First and Leigh would be occupied upon Armstrong’s departure by Booker T. Washington Middle School, the pupil once again following in the footsteps of his old friend. In his autobiography, Washington would call his mentor “the noblest, rarest, human being that it has ever been my privilege to meet.”

Armstrong remains the only school ever to be named in his honor.