The James River Film Festival: It Makes You Interesting

Missed the James River Film Festival last week? Here’s a frame by frame recap to gladden your day. But seriously, don’t miss it next year.

The 18th Annual James River Film Festival (JRFF): “Virginia’s festival for the independent minded,” went on last week. The first official showing was Thursday, April 7th, and the last was Wednesday, April 12th. The films were shown at an array of venues, attracting movie goers that ranged from the unabashed hipster to the older, starving artist crowd, as well as some less identifiable stragglers. For the most part a good amount of seats were filled for each of the films, and even when the audience was miniscule, everyone present enjoyed themselves.

The JRFF, in part, was created to continue the legacy of the Biograph Theater, “an independent repertory cinema,” once located at 814 West Grace St. The theater closed down in 1987, but it’s dedication to showcasing high-quality, non-mainstream films is kept alive by the James River Film Society, formally the Moving Image Co-op. “Some of these older people who have to do with [the JRFF] either worked at the theater or hung out there,” says Terry Rea, former owner of the Biograph. “Maybe what we want to see can’t be supported by a theater, but we can do it once a year with the festival.” 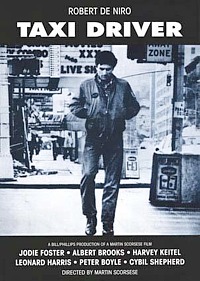 The kinds of movies featured at the Biograph were about as various as the ones at the JRFF. The festival kicked off with a showing of Taxi Driver (1976) at the Grace Street Theater on 35mm film. James Parrish, one of the main co-directors of the festival, describes Taxi Driver as, “more like an artsy, underground movie,” which definitely set the tone for the rest of the festival.

Friday was filled with films by some experimental filmmakers like Richard Robinson, Peggy Awhesh, and Joan Strommer. Experimental film, as far as I can grasp, is about stringing compelling images together with hypnotic voice-over. Not really my cup of tea, but I’m glad the festival included it.

After Strommer’s films, the festival showed a French New Wave piece, Hiroshima Mon Amour (1959), about love against all odds between a French actress and a Japanese architect in Hiroshima a decade after the rubble was cleared from the 1945 bombing. The film explores issues like rebuilding Japanese nationalism, as well as the individual struggle to recuperate after the horrors of war, particularly well portrayed by the flashbacks of the French actress’s sordid past.

Bringing out the festival’s eclectic feel, a 50s French film was followed by a parking-lot- themed night at the Visual Arts Center, starting with Meghan Eckman’s recent documentary The Parking Lot Movie (2010), an extremely enjoyable film about the attendants of an infamous parking lot in Charlottesville, across the street from the University of Virginia. The ragtag team of lost generation philosopher-attendants contrasted with the well-to-do party boys and girls at UVA makes for cinematic gold. After Eckman’s film came a rather underwhelming double-feature by directors Jeff Krulik and John Heyn. The first film, Heavy Metal Parking Lot (1986), was hilarious – sixteen minutes worth of Judas Priest fans from the 80s, drunkenly yelling into microphones in their skin-tight, leopard print pants, fisting some buds. That was all well and good, until Heavy Metal Picnic (2010) ensued, consisting of another full hour of Judas Priest fans from the 80s, drunkenly yelling into microphones, punctuated by the older versions of themselves, commenting on how cool they used to be. 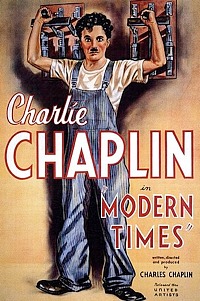 Sunday was filled with black-and-white classics like Charlie Chaplin’s Modern Times (1936), and the Spanish Language Dràcula (1931), accompanied by Gary Lucas’s original score, performed live by Lucas himself, giving the otherwise primarily silent film an eerie bit of extra flair. Night of the Hunter (1955), another superb thriller, was shown next. Based on the novel of the same name, Night of the Hunter is about a terrifyingly sly preacher devilishly pursuing an orphaned boy and his younger sister in order to seize the money their father robbed from a bank. You can sum up the events of the film a couple sentences, but the tension that is built is inexplicable, which goes for almost all of the films featured in the festival.

The directors of the JRFF made sure not to betray their name by maintaining relevance to Richmond. They hosted an evening devoted to baseball shorts at Gallery 5 in between Dràcula and Night of the Hunter. They also incorporated a night of short works from film students at VCU. And to wrap-up the week, the festival screened New Jerusalem (2011), an innovative film shot entirely in the city of Richmond, Virginia. While the film moves slow at first, the end result is a beautifully documented journey of one man’s struggle with faith and human connection, his fear of and his craving for them both. I will confess if the lead actor had not been a sexy Irishman, the film may not have held my attention for as long as it did. Despite its sluggish pace (which was necessary for the film to get its message across), I won’t be surprised if this film wins some major awards in the near future. It was that powerful.

Obviously, the JRFF is incredibly diverse. It’s not strictly French Films, or Independent films, it’s an all-encompassing festival. The directors veer away from giving the festival a theme because they enjoy having the creative freedom to basically show whatever they want. But people need some kind of common, identifiable thread to know what their getting themselves into.

No, doesn’t work. Having a definitive theme would make the festival more marketable. Something as broad as “Diversity in Film,” would even work.

At the same time, the theme-less-ness adds to the organic nature of the festival, allowing audiences to make their own connections. Not having a theme gives the festival an open, unofficial feel, that certainly adds character if nothing else. The incredible variety keeps anyone from feeling overloaded with one particular type of film. Every day is something different, which is both refreshing and discombobulating.

One great thing about JRFF is that the directors try to show as many films as possible on 35mm. Actual film. The kind that comes on reels and requires a professional projectionist. “So we don’t forget what film looks like,” says Mike Jones, another co-director of the festival. Not only is the experience of viewing a movie on 35mm far superior to watching it on DVD, but the festival also provides an opportunity to view these classic films in an auditorium with fifty or sixty people. “You hear the laughter, you hear the groans,” says Parrish. “All that stuff is the hidden soundtrack.” The JRFF shows films the way they were meant to be seen.