Above: Old meets new as US Route 66 intersects Interstate 40 in Weatherford, Oklahoma.

SHAMROCK, Tex. – We’ve been on the road all day today, but today has also been a good example of the need for flexibility and adapability while one is out chasing.

We’ve logged almost 1300 miles in two days, and I can tell you that being a passenger on such a long trip is completely exhausting. Even when things go right, it’s completely exhausting. We spend a lot of time on the road killing time by trading jokes over the radio, looking at a combination of model output and National Weather Service discussions, and reminiscing about previous trips.

Our trek today took us from the Arkansas lowlands, across the Ozark plateau and the foothills of eastern Oklahoma into the eastern Texas panhandle. We got our first “intercepts” today in the form of two dust devils, we spotted our first oil derrick and oil drilling platform, and saw our first wind farm. 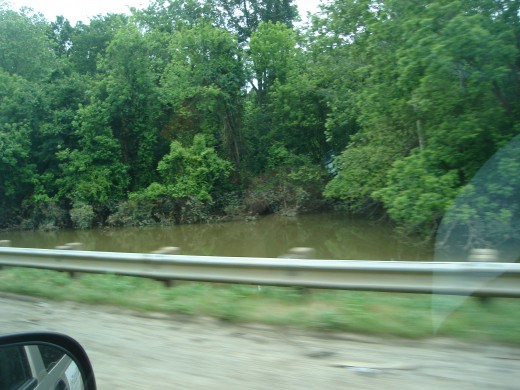 Flood waters still run high in the White River Valley of eastern Arkansas. The mud line on the trees represents the highest extent of the water. Interstate 40 across a large portion of eastern Arkansas only reopened Wednesday last week. 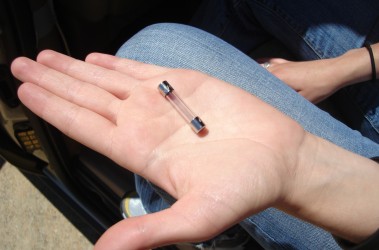 A blown fuse, symbolic of the technical issues we've encountered over the first two days of this trip.

We’ve also got a bit of gear in each van. In addition to the always-on and internet-connected chase computer, we’ve got a wireless router, cellular amplifier, two ham radios – one for voice communications, and one to provide GPS updates on our web site, a CB radio, and a pair of field radios (so the chatter isn’t limited to our drivers). Unfortunately, Murphy has decided to stow away on our trip, as one van (the one I’m in, naturally) has been plagued by power problems since we left Blacksburg yesterday. This has been a little more than a nuisance, as our fearless leader has spent quite a bit of downtime trying to get to the root of the problem. 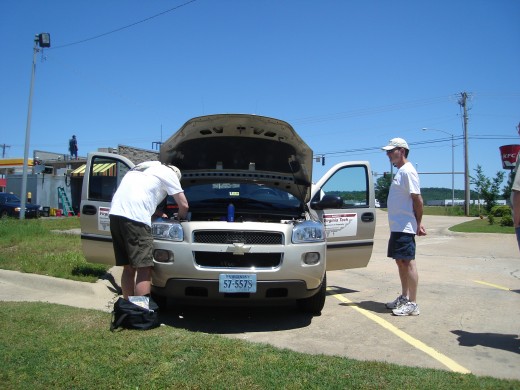 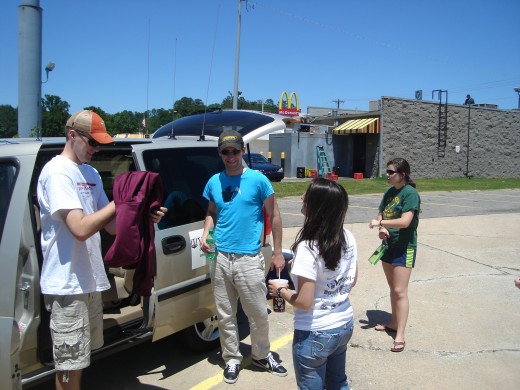 Mechanical problems haven’t been our only exercise in adaptability. Last week’s discussions originally targeted an area between Sterling, Colorado and Liberal, Kansas, with a side mention of an area in the Texas panhandle. As time has progressed since last week, this plan has continually evolved, and the Texas panhandle has increased in prominence while we’ve all but completely foregone any chance of a Tuesday chase into Kansas or Colorado.

Our destination for tonight, Shamrock, Texas, reflects a complete flip in these plans. We’ve targeted Childress, Texas as our first chase tomorrow, and while the setup looks to be marginal at best, it represents both our real first chase day and the first in what looks to be a string of several favorable chase days across the plains. Time for some sleep; while we don’t have a long drive tomorrow, it will still be a long day. 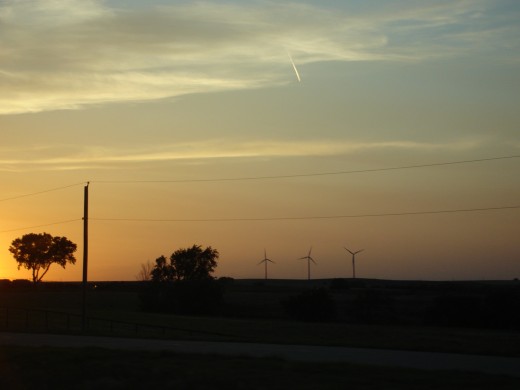 The sun dips below the horizon adjacent to a wind farm northwest of Weatherford, Oklahoma.