It’s Weather Dan reporting live from Forrest City Arkansas: the first half of the 2011 Hokie Storm Chase is underway! We’ve spent the better part of a week and a half watching weather models and trying to decide on our first target. Friday and Saturday we all rushed to pack and make last-minute preparations.

FORREST CITY, Ark. – The first half of the 2011 Hokie Storm Chase is underway!

We’ve spent the better part of a week and a half watching weather models and trying to decide on our first target. While those email discussion fell relatively silent on Friday and Saturday as we all rushed to pack and make last-minute preparations. 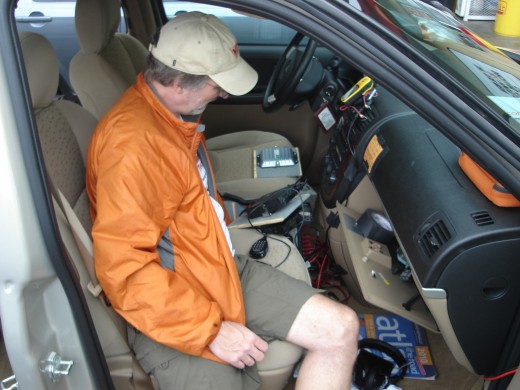 Virginia Tech meteorology instructor Dave Carroll takes advantage of our lunch break to resolve an issue with the power supply in one of the vans.

Despite that, we’ve already decided on a basic plan of action for our first two days of the trip; we’re cruising west along Interstate 40 into the Texas panhandle, with one of two locations in our crosshairs for a Tuesday chase: Amarillo, Texas, or Southern Kansas/Eastern Colorado.

Our crew consists of a total of 12, including: Dave Carroll, meteorology instructor at Virginia Tech; Chris White, a Virginia Tech alumnus and storm chaser from the Fredericksburg area; Robert Stonefeld, a forecaster at the National Weather Service office in Blacksburg; and alumni and experienced chasers Andrew Smith (’09) and Kathryn Prociv (’11). The remainder of our compliment is made up of first-time chasers. Some of us are asprining geographers or meteorologists, others are engineers or even historians. We each bring a unique experience and view when it pertains to severe weather.

Obviously getting to somewhere like West Texas requires quite a bit of driving. We rolled out of Blacksburg just before 10 this morning; even with the hour we picked up in the change to Central Time, we didn’t get to the hotel until after 10pm local time. We’ll spend Monday making a similar push while we determine which area we want to target for Tuesday. Both areas look good to chase, but we also have to take into account our position for the next day and where we want to chase on Wednesday and subsequent days. 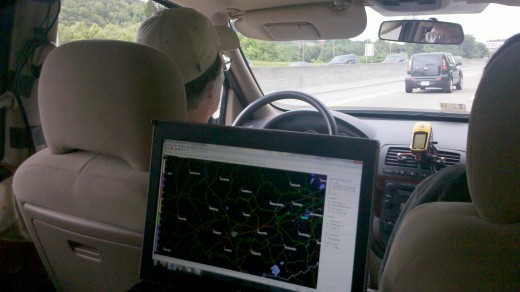 A look inside one of our chase vans, piloted by Dave Carroll.

It’s a very delicate dance at times: taking into account the current day’s chances as well as where we might see storms on the following day or two days. We’ll also factor in the time of day for the best storms, and how much drive time we might have either to prime chase territory or between hotels. We also have a budget to take into account; we’ve got a fixed amount of funds that limit how much we can pay for hotels each night. If we run short, we’ll be stuck sleeping in the van. With six people, that’s not exactly comfortable.

As part of our trip today along Interstate 81, we passed through the damage path of the EF-3 tornado that impacted the Washington County community of Glade Spring back on April 28. I snapped a handful of photos as a reminder that while tornadoes may only persist for a few minutes, their impact lasts much longer. 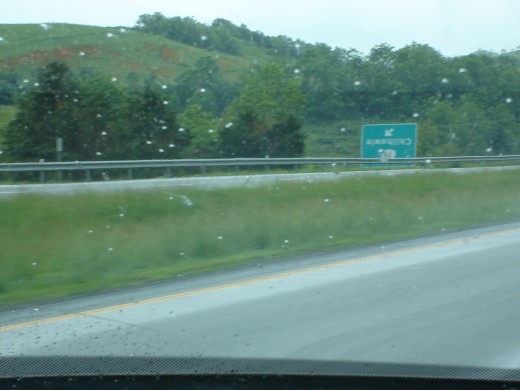 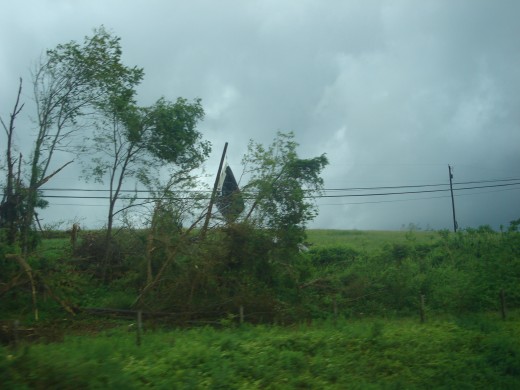 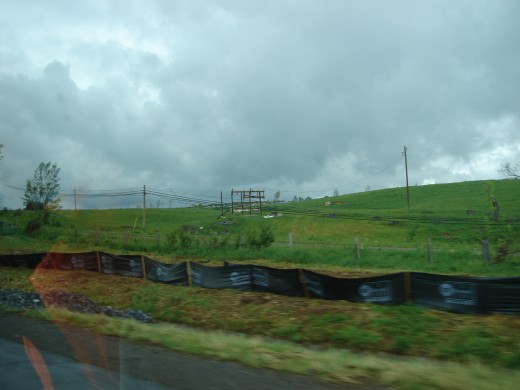 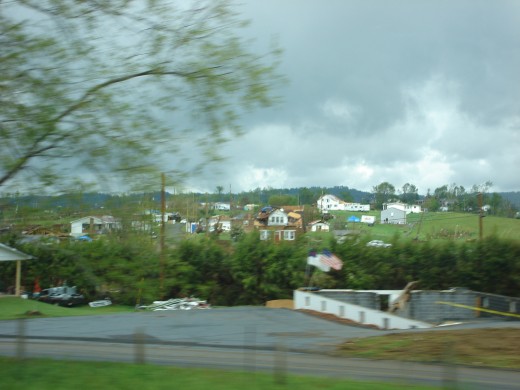 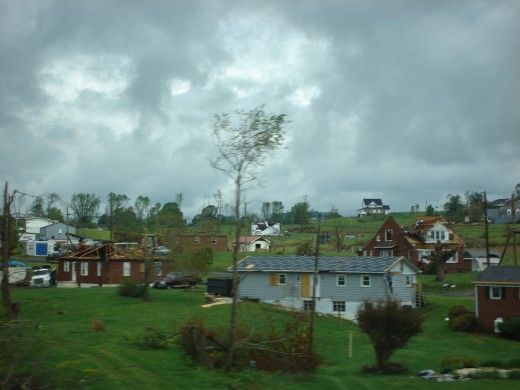 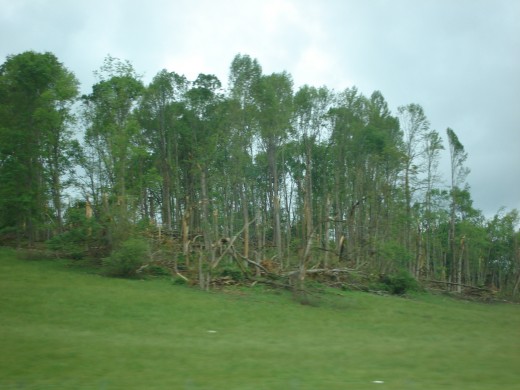 Travel days can be incredibly draining for everyone; simply spending 12 hours riding in a van is a very tiring experience. Long travel days take their toll on both the passengers and especially our drivers. Time to rest up tonight, and hit the road again tomorrow morning!