VUU was outmatched from the tipoff as VCU forced turnovers at will and scored efficiently both inside and outside the 3-point arc. Even as Coach Shaka Smart went deeper into the bench, the talent disparity between the two teams was obvious. The Panthers struggled to get off shots much less get the ball across half-court. VUU started the game by shooting 3-3, but the three baskets were the only attempts in the first five and a half minutes. Once the Panther’s shooting cooled off, the Rams were able to push the ball in transition on even more possessions. At halftime, VCU commanded a 56-17 lead.

The Rams slowed down in the second half as their shooting cooled off, they fouled more, and Coach Smart went even deeper into the bench. Fans always want their teams to hit triple digits, but the Rams finished the game with 5 turnovers and a missed basket in the final 2:38. The strong performance on Thursday night is an indicator of how talented VCU is, but the victory should be enjoyed with a grain of salt. VUU is a division II basketball team that lacks the ball handlers and size to compete with the athletes of an Atlantic 10 school. 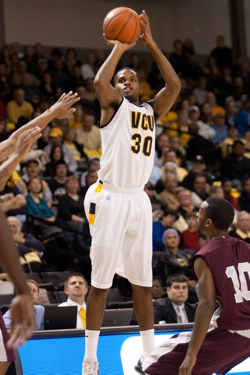 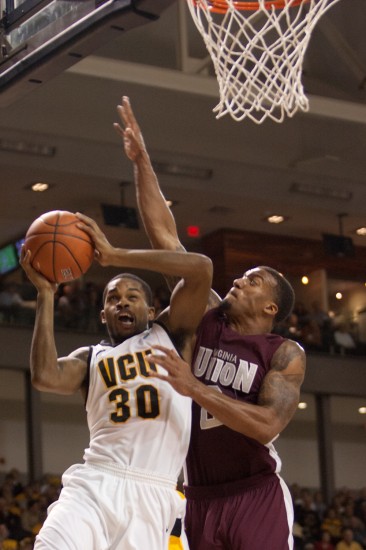 No shot is too long for Troy Daniels. #30 embraced the roll of shooting guard Thursday night as he scored 19 points on 6-10 shooting (5-8 from range) in only 17 minutes of action. Setting the VCU season record for 3-pointers was a huge step in 2011-12 for the sharpshooter, but if Daniels can build on the efficiency of Thursday night, he will elevate his game to an entirely new level.

Sophomore Jarred Guest looked extremely confident as he picked up his first career start. Shooting 4-7 from the field, Guest scored 10 points, grabbed five rebounds, blocked a shot, and grabbed two steals. His smooth mid range jumper evokes shades of Juvonte Reddic, and Guest effectively cleaned up the offensive glass. While the Panthers lacked the front court size to challenge Guest, it was a confidence boosting performance for the Columbia, South Carolina native who will see more action this season.

Freshman Justin Tuoyo was impressive during his first minutes in the Siegel Center. The Georgia native’s length needs to be seen in person to be truly appreciated. Tuoyo was a shot blocking/ shot altering force that transformed the Ram’s half court defense. Tuoyo scored five points, grabbed six rebounds, and blocked three shots in 14 minutes of action. While he’s still very raw, Tuoyo has several unique basketball skills that could earn him some minutes this season. 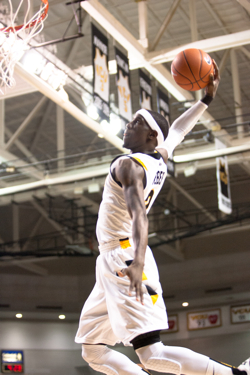 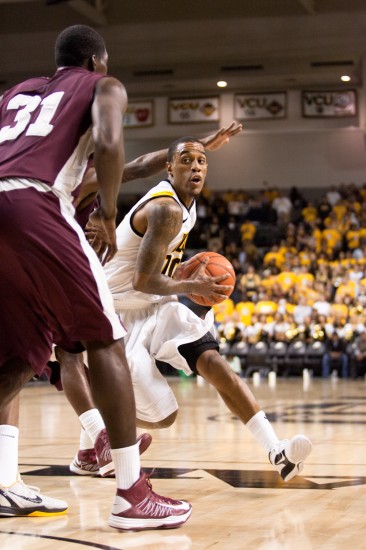