PrideFest 2015: Come out, whoever you are

Thinking of past Pride events brings back many memories of finally feeling accepted and safe for Abby Waller. Plus, PrideFest 2015 will just be a really fun party. When I came out of the closet I sort of tiptoed out. There was no party, no parade, and no dancing girls. I warily dipped my big toe in the still, warm water of queerdom. Once I was finally “all the way out” at the age of 20–I sought out all things gay. I watched every episode I could of the L Word, and I went to Babes on Thursday nights to nervously dance to Top 40 hits while giving the eye to any cute girl that looked my way.

Coming out isn’t easy…at least it wasn’t for me. I was raised in a strict Southern Baptist household where I wasn’t allowed to wear pants, take the lord’s name in vain, or listen to rock music. I used to jokingly say that I am absolute proof that homosexuality is something some of us are when we’re born–like being born with red hair or olive skin. I am proof because there’s utterly no “explanation” for my “becoming gay.” I didn’t even really know what it meant to be gay until long after I started having feelings of attraction towards girls.

At the age of 15, I had my first girl crush. We made out and it was awesome. But immediately afterwards, shame filled me, and I dug a hole deep in my gut to put any queer feelings into. I wouldn’t kiss another girl for five years. It was the longest five years of my life.

Shortly after my 20th birthday, I finally dropped the straight-charade and came out. I created about 3,738 online dating profiles with the hope of getting a girlfriend or at the very least, getting laid. I went on multiple dates and had even more flaky-date cancellations. After a few months of playing that awful game, I met a tomboyish redhead who’d end up being my first girlfriend. We went on our first date (I have no recollection of what we did or where we went), and then we went back to my place and well…you know. 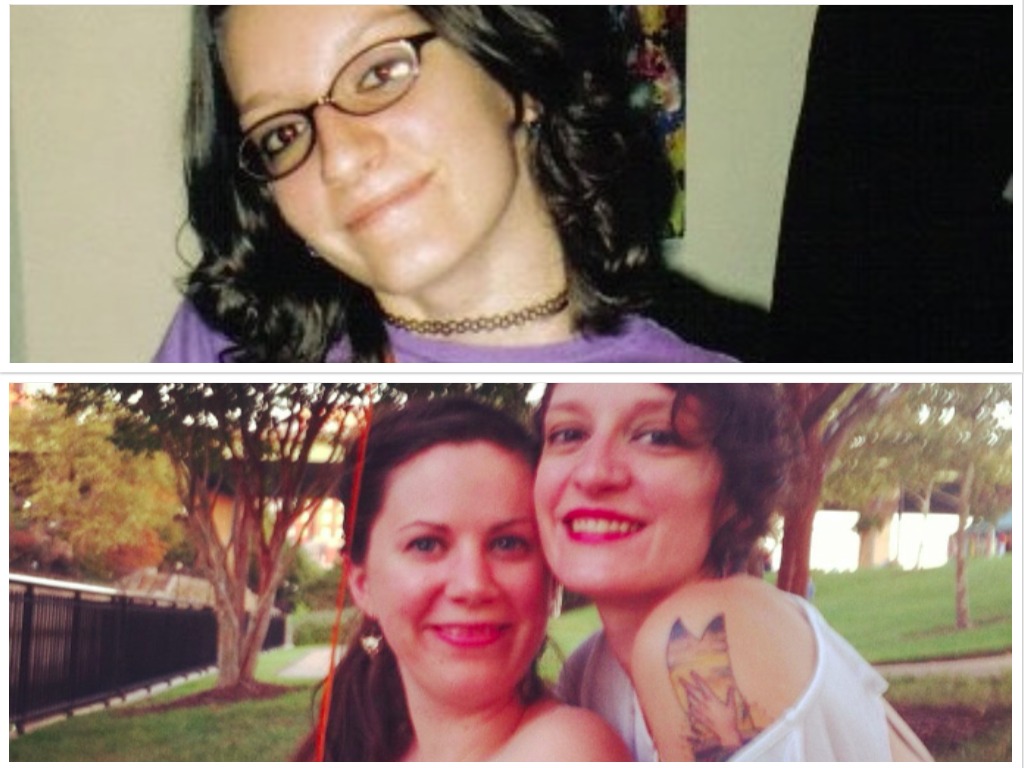 The author at her first-ever Pride event. The author and her wife at PrideFest 2014.

The tomboyish redhead took me to my very first Gay Pride event in D.C. That might have been the beginning of the end for us. I mean, lezbehonest, I was a fresh-out-of-the-closet baby dyke, and going to Pride in the nation’s capital was like being a kid in the Willy Wonka factory. I walked the streets of Dupont Circle with my eyes taking in countless types of lesbians. There were ultra-femme ones, leather daddy ones, androgynous ones, and me: a totally overwhelmed, ravenously eager-to-have-it-all, and astoundingly naïve little lesbian.

My whole weekend was filled with wide-eyed wonder as drag kings strutted down the street, and queer folks from all walks of life gathered to celebrate being “out” together. I’d never experienced anything like it, and I was completely enraptured by the feeling that I was in a safe place. For the first time, I didn’t feel threatened or like a fish out of water. I was surrounded by smiling faces and people that had one thing very much in common with me: they were attracted to members of the same sex too. 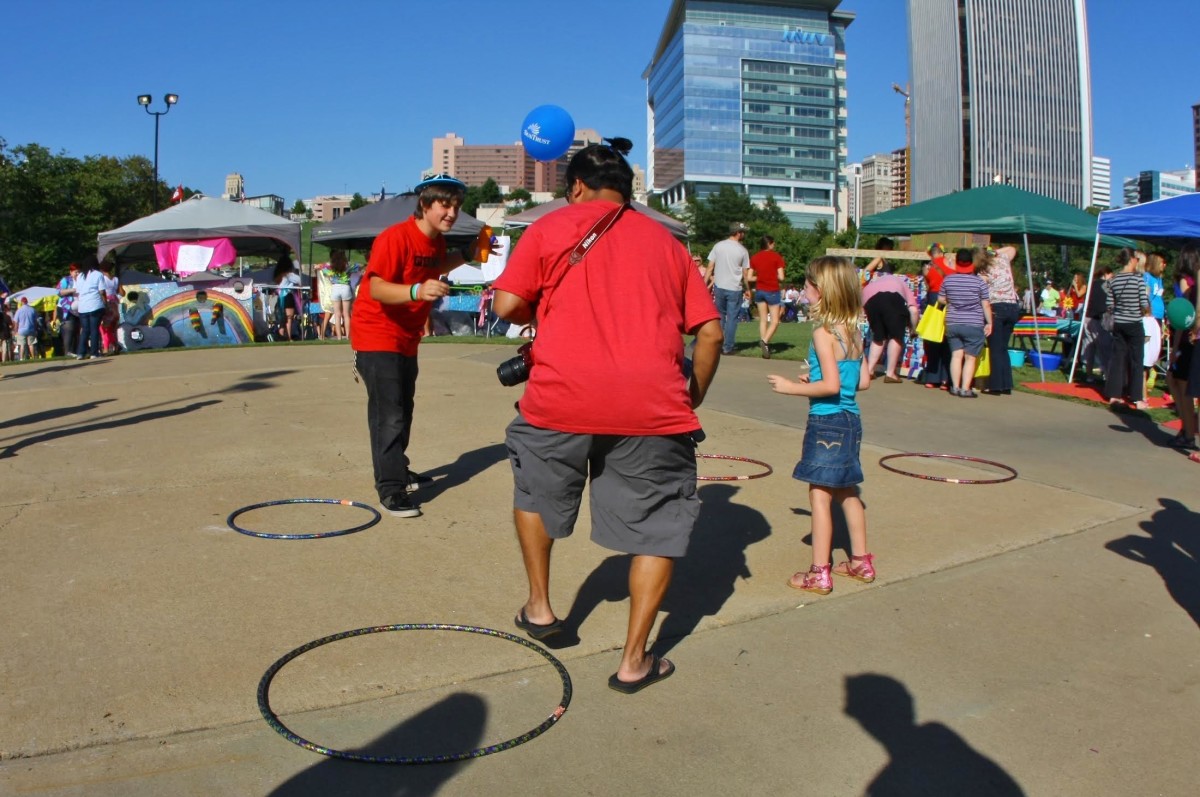 Luckily, Richmond has come a long way in the decade that’s passed since I celebrated being out and proud at my first Pride event. What used to be little more than a farmer’s market with a few rainbow flags is now the full-fledged PrideFest event that our small-big city can be truly proud of. Virginia Pride’s PrideFest 2015 will be held at Brown’s Island this Saturday, September 12th from 12:00 – 8:00 PM. Admission is free, the event is family friendly, and all are welcome to attend–regardless of orientation. This year the event should prove to be its best yet, with a lot for the LGBTQ community to celebrate: nationwide marriage equality became a reality on June 26th.

There will be plenty to do, awesome local food trucks, and loads of entertainment from acts including Dumblonde and American Idol’s Rayvon Owen. So, no matter who you are, come out and be proud. Be proud that you live in a country where love has won and that you live in a city where all love is celebrated.