Houston, we have a finale

Space Shuttle Columbia came in as smoothly as the most expertly-piloted airliner on April 14, 1981. As it rolled to a stop through the shimmering desert air, “The Star-Spangled Banner” rattled forth from hundreds of portable radios My pre-pubescent heart swelled with pride, and I remember that special feeling that you can only get from being a part of history.

I shivered, sitting on the tailgate of my family’s station wagon, on a dry lake bed, in the middle of the California desert. It was early in the morning. Much earlier than a nine year old girl prefers to be awake, but it was a Tuesday and I wasn’t at school, so it was a wash, really.

My family had set out in the middle of the night and made the four hour trek from our home in San Diego to Edwards Air Force Base to watch the landing of the first Space Shuttle.

People gathered as the sun came up, pulling out lawn chairs and thermoses full of hot drinks, and chatting excitedly. The air was thick with anticipation. No one knew exactly what to expect, and that was part of the fun.

Space Shuttle Columbia came in as smoothly as the most expertly-piloted airliner on April 14, 1981 at 10:20:57 a.m. PST to the cheers of the crowd. As it rolled to a stop through the shimmering desert air, “The Star-Spangled Banner” rattled forth from hundreds of portable radios all tuned to the same local station.

My pre-pubescent heart swelled with pride, and I remember that special feeling that you can only get from being a part of history. 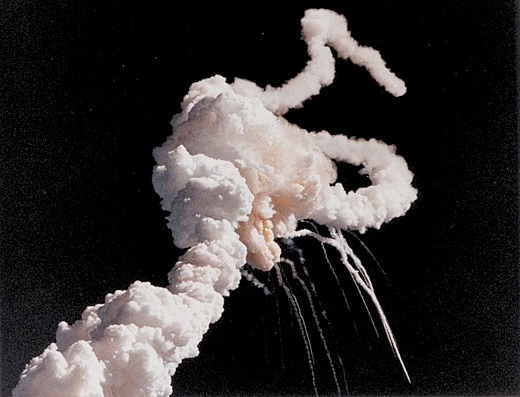 Five years later, I was a world apart from that young, heart-swelled girl. Now a full-fledged cynic, by virtue of being fourteen, I completely forgot myself, and my hard-earned apathy, as I stood in the hallway of my high school and openly wept, as I was told by a classmate about the Space Shuttle Challenger disaster. She had been running late that morning and missed the bus. As she waited for her mom to take her to school, she had seen the tragedy live on television, then came to school and spread the news. She choked on the words. At the time, little was known about what had caused the accident, but we knew that the crew of seven was gone, including the first non-astronaut to be included in a mission, New Hampshire teacher, Christa McAuliffe. We were all excited about this ordinary person going into space. If a 37 year-old mother of two could explore the universe, so could we! Our hopes were dashed, and our hearts broken, by the the spacecraft’s disintegration, just 73 seconds after launch. It would be nearly three years before the next Space Shuttle Discovery launched, surrounded by an air of sadness and trepidation. 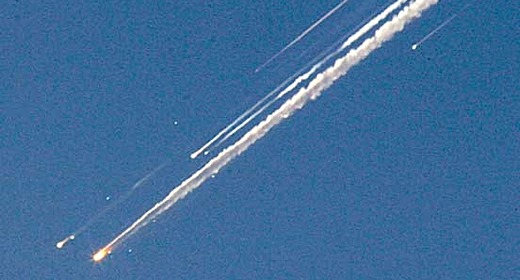 In 2003, I was ten worlds apart from both the hopeful and angsty versions of me. A mother of two, I, like many people, had grown indifferent about the space program and rarely watched Space Shuttle launches or landings. Who had time to park it in front of a television when there were cookies to bake (read: buy) for bake sales and a landlord to plead with for “just a little more time”? But I was instantly my teen self again when I heard that Space Shuttle Columbia, the very craft I had seen land twenty-two years earlier, had disintegrated over Texas during re-entry into the Earth’s atmosphere, killing all seven crew members, including Mission Specialist Laurel Clark, an astronaut who bore a striking resemblance to teacher Christa McAuliffe. I remembered being grabbed in the hallway by my sobbing friend, I remembered the intense heartache, and it was renewed. The nation came together to mourn, just as it had less than two years earlier, on September 11. It would be two years before the Space Shuttle Discovery would, once again, be the first to venture out after disaster.

Now, 30 years after my family and I were awestruck in the middle of a desert on an April morning, the Space Shuttle program is being discontinued. Space Shuttle Atlantis is set for the last launch, ever, on July 8 of this year. At an average of $1.3 billion per launch, the Space Shuttle program has been criticized for failing to achieve its promised cost and utility goals, as well as design, cost, management, and safety issues. The only space program my generation has ever known is being shelved, and future exploration is in limbo. The Shuttle’s planned successor, the Constellation Program, has been put on hold, due to budget cuts.

It’s the end of an era for those of us too young to remember moon missions full of crew cut macho men, but too old to think that space exploration doesn’t matter when there are so many problems that need researched and solved, right here on our own planet. For now, our final frontier is getting a little smaller, but I will never forget the optimism and sorrow inspired by the brave ones who, in the words of John Gillespie Magee, Jr., ‘have slipped the surly bonds of earth’ and ‘touched the face of God.’