A significant portion, maybe too much, of 100 Days to a Better RVA has been committed to improving walkability and bikeability by increasing the “edge friction” of Richmond’s streets and making it scarier to drive fast. For example, Day #037 suggested turning Cary Street and Main Street into two way streets in order to decrease speeds and increase pedestrian safety. Today, I will abandon that fixation in hopes of investigating other ways to make streets more engaging and hospitable.

On the surface, streets are simply paths from Point A to Point B, but they are capable of so much more. Streets should be safe, promote human interaction, encourage activity, and put people at ease. 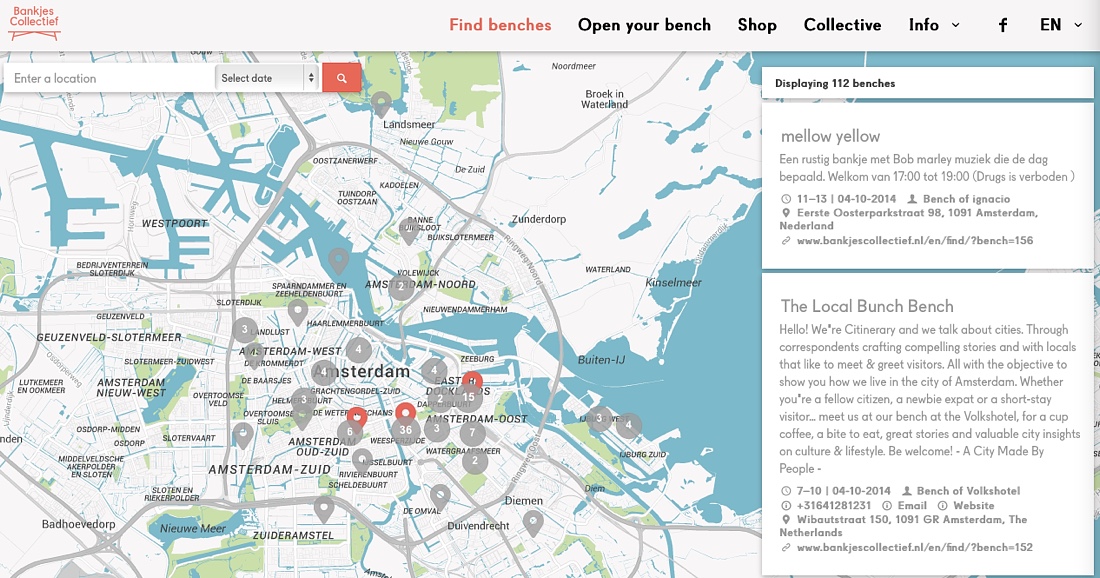 We usually limit streets to transit while restricting leisure and activities to parks or private property. BankjesCollectief in Amsterdam is using an app1 to dismantle this preconception by empowering people to hold events on benches in front of their houses. Homes in Amsterdam are a little different than Richmond, but the idea holds. An app that enables people to host knitting circles on their front porch, pop-up barbecues on the corner, or even eases the logistics of The Fan Home and Garden Tour would increase engagement in the streets of Richmond.

There is an almost numbing consistency to how streets are designed in Richmond. Every crosswalk, every sidewalk, and every bench exists in perpetual monotony. To be fair, consistency in signs and lines is important for driver safety, and it saves in planning and construction costs. Still, there is room for improvement. I’ve seen ideas as bizarre as crosswalks designed as piano keys and bus stops built as strawberries, but Richmond just doesn’t have that aesthetic.

Project Bus:Stop by Kultur Krumbach, a series of seven bus stops in a small Austrian town designed by seven different architects, would be much more fitting. Bus stops made out of a chopped up shipping container or bricks from the old GRTC-bus-depot-turned-canvas could be incredible pieces of art as well as highly functional.2

Leisure need not be banned from streets. In Germany, concrete ping pong tables are commonplace. In other countries, tables for chess, checkers, and dominoes line the plaza or boulevard. On the grittier, DIY scale, it’s easy to build a set of horseshoes out of broken U-Locks and parking signs can easily be turned into tetherball.

The best way to make streets more engaging is by making them safer. The best way to make streets safer is by getting people engaged with them. The city recently announced a partnership with Nextdoor. The website improves city and neighbor-to-neighbor communications while creating a sort of digital neighborhood watch. In order for this to be effective, people need to register and take an interest in their neighborhoods’ safeties.

5. Encourage eyes on the street

The best way to promote safe streets is by encouraging their use and by promoting design that guarantees eyes on the street–this is true at all hours of the day and night. Rules and policies that promote quiet hours–like the Fan Party Patrol, bars closing at 2:00 AM, and the open container law–sacrifice opportunities to create safer streets.

There are limits, of course, but every time the police make “7 people on porch” disperse, they are getting rid of a public good that promotes safety. By stigmatizing all late-night use, we forfeit the opportunity to promote responsible use. People are incredibly responsive to social pressure and socialization. Promoting eyes on the street and teaching people not to smash bottles don’t have to be mutually exclusive.

6. Build on a human scale 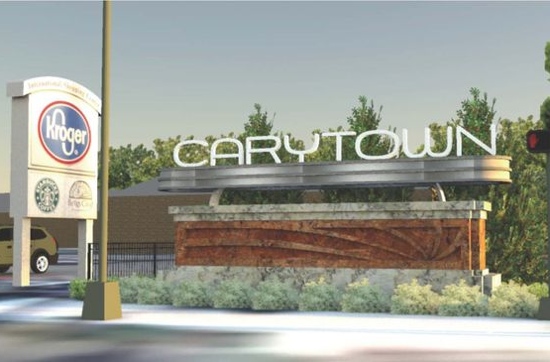 Building everything on an automobile scale is a careless way to ensure pedestrians never feel welcome. That’s why attempting to throw a $250,000 sign in the middle of Carytown, Richmond’s best accidentally walkable neighborhood, made no sense. If you build it on a human scale, the humans will come.

Google Maps enables individuals to easily find the shortest route from Point A to Point B, but what if speed or distance aren’t your only factors. What if you want to take the scenic route or the safest route. Researchers at Boston University and University of Pittsburgh are using crime data in Chicago and Philadelphia and an algorithm to model safer routes.

8. Engage people with the mundane

In transportation, the most dangerous times are when the mundane cause people to zone out. Finding ways to reimagine the mundane can improve safety while bringing joy to walkers.

The dancing traffic light and streetpong turn an everyday task of walking in a city into something interesting and engaging while promoting safety.

Engaging streets improve the daily lives of people and they expand urban habitats beyond property lines, but there are too many ideas for any one city office or firm to properly execute. Richmond need only foster an environment where the imaginations of citizens can run wild and allow those ideas to become reality.