The abandoned GRTC bus depot: past, present, and future

For over two years, the GRTC bus depot has been an abandoned eyesore to residents and visitors of the Fan and Carytown. Many have speculated about how the area could be redone to spur economic development, so why does the GRTC have no interest in selling it…at least not until 2016? The official date was December 2009–that’s when the Greater Richmond Transit Company (GRTC) moved its bus depot from the Fan to the South Side. The aged depot, a heap of crumbling brick and concrete that date backs to 1902, has sat undisturbed since. Many people believe that the structure has been outright ignored by the city and its public transportation provider.

“This was here long before the Fan”

In the 1880’s, Richmond was a global first: the city owned and operated the first functional street railway. It was powered by horses. In May 1887, the city tasked New York City engineer Julian Sprague, a former assistant to Thomas Edison, to design a new electric trolley system. 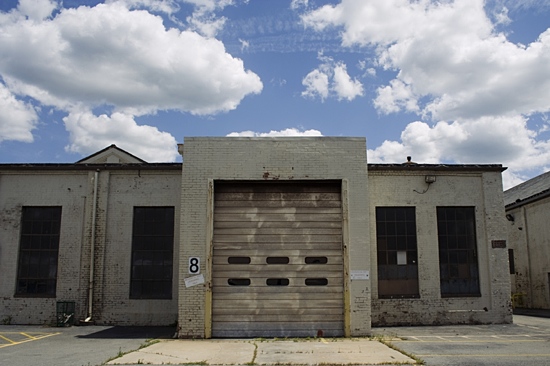 In those days, the rail authority was the Virginia Passenger and Power Company, and in 1902, they completed construction of “trolley barns” in the present-day bus depot location near Robinson and Cary streets. “This was here long before the Fan,” said McNally while escorting me through the abandoned depot. The Fan District progressed with its developed through 1930, in large part because of the electric trolley system. Richmonders, once primarily relegated to the Downtown and Shockoe areas, were able to move west, and as a result the city grew.

By the end of World War II in 1945, bus lines began to replace trolley cars. On December 15, 1949, the last trolley car to run (No. 408) was burned during a ceremony. The former “trolley barn” at Robinson and Cary became a bus-only depot.

In 1973, the bus company became the GRTC. It is currently owned by the city of Richmond and Chesterfield County. In late 2009, the bus depot was abandoned for a new South Side site. This brings us to the question: what’s going to happen with the old bus depot?

To understand the site’s future you have to understand its past. Think: for over 100 years, the depot harbored trolleys and buses. Decades of painting, reupholstery, and engines repair work was done on site—it was the bowels of the Richmond public transportation system. And things tend to spill and leak–from oil to transmission fluid, the foundations of the property are steeped in both history and viscous liquids. 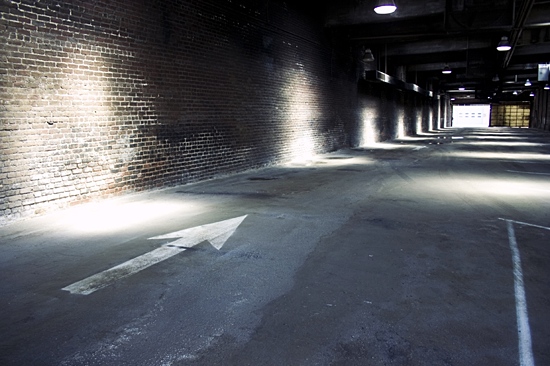 “I performed a very detailed” site study of the 6.8-acre property, said McNally, who lived in Texas before moving to Richmond. While many clamor for the GRTC to sell the location to developers, few are unaware of the legal implications at stake. There are both federal Environmental Protection Agency (EPA) and the state’s Department of Environmental Quality (DEQ) laws that the GRTC cannot ignore. “It’s too early,” said McNally, to “start pursuing sale of the property.” The reason: liability.

Should GRTC sell the property before a systematic appraisal and cleansing, it faces the possibility of incurring fines and even criminal prosecution from the EPA and/or DEQ. In other words: the GRTC is legally on the hook for any environmental issues as a result of their operation on the property.

As a result, the GRTC is taking time to clean and ready the site for sale. As we walked through abandoned buildings where buses were once painted and repaired, and remnants of trolley rails lie, he also pointed out several new additions to the property. 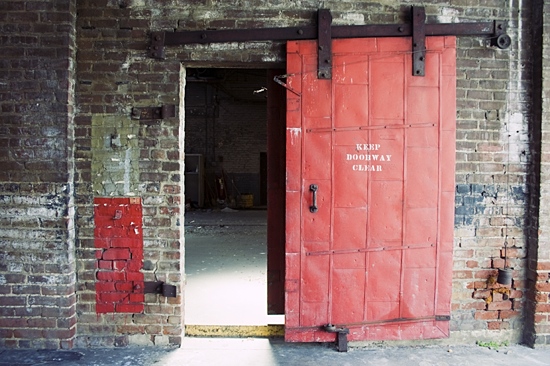 There are rods in various buildings that extend down twenty feet to measure the soil. Also, under orange traffic cones, are devices that constantly measure specific types of vapor–to make sure that they are not unhealthy.

McNally said that beginning sometime in June, workers will begin the “removal of underground and above-ground storage tanks” that once housed oil and fuel. The process is expected to last into September. Not only will the tanks be removed, but they will be removed while minimizing damage to the historical property. McNally said that there are short-term methods to ready the site for sale, however, they are “not guaranteed to recover the product by regulatory methods.” To do so properly, he said, “takes time.”

McNally estimates that it will take approximately four years to ready the property. Sometime in 2016, the GRTC will entertain offers on property, and they will likely have no shortage of interested buyers.

A ”Wide Swathe” of Potential Development

The property is zoned for business and mixed-use. The means that it could accommodate retail, commercial, and even residential uses. A “wide swathe of potential development,” said McNally. While how that property is developed is not the concern of the GRTC, getting the most for it is. “Our primary goal is getting the most dollars out of this asset.” 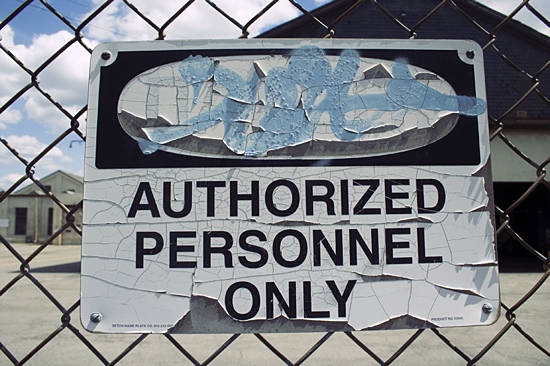 Before the cleaning process begins its first project, the bus depot has taken on another role.

The GRTC has rented space on the property to local restaurants for staff parking. At the behest of McNally and the GRTC, local restaurants have signed contracts stipulating that the GRTC is not responsible for any potential damage or injury. “The biggest concern for us is liability and vandalism,” said McNally. When asked about using the property for other public ventures while it’s cleaned—such as hosting a food cart pod, for instance—McNally responds with a question of his own: How would the GRTC be protected from liability? The answer: it wouldn’t. Every entrant onto the property would have to sign a waiver relieving the GRTC of liability if they were injured in any way. It’s just not feasible, even though McNally said it’s a, theoretically-speaking, good idea.

McNally sympathizes with those who want the abandoned bus depot gone, no longer blighting the Fan. But he maintained that it’s better for the GRTC, the city, and the area for the cleaning to be done thoroughly and properly before it’s sold to a developer. After which, he envisions it being a boon for the city. “It has a high potential.”

There are 22 reader comments. Read them.