Picking up where we left off yesterday, the second part of a look into alternatives to the overabundant 1940s-style parking space.

According to Jeff Speck, there are 30 empty spots per resident in the city of Houston. Richmond’s problem is less pronounced, but there’s still wasted surplus capacity. Private and public parking in Richmond should take an approach similar to Billy Beane from Moneyball.

Instead of a fleet of diesel fueled tow-trucks who annihilate productivity by holding key inputs hostage and prowling from lot to lot, someone behind a desk and a spreadsheet should reinvent parking through data analysis. Sensors would be an upfront cost, but would almost undoubtedly recoup the investment.

Los Angeles’s LA ExpressPark is a role model for the management of garages. Surge pricing for high demand garages is essential, while low demand locations should charge close to nothing. In the 21st century, this is as easy as downloading an app.

With digital payment services like ApplePay expected to gain momentum over the coming decade, the world is about to change. Instead of paying $200, $150 of which goes to a towing company, a company can text individuals telling them they will be towed in the event of overstaying a visit unless they pay $60. The parking administrators receives an $10 extra, the driver saves $140 dollars, and the lost productivity of towing is forgotten.

The spaces saved in new VCU parking garages would be more than enough to justify hiring an employee to digitally monitor parking spots. 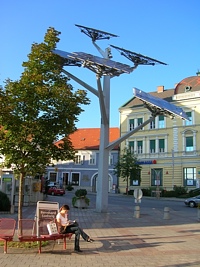 Net energy zero is an elite status. No building is easier to designate as net-energy zero than a parking garage. Garages don’t need more than what’s required for lighting and charging the phones of anyone working ticketing booths. VCU’s Broad Street Deck is one of the most impressive solar arrays in Richmond. They should be the standard instead of the exception.

Parking is in demand where land is in demand. If Shockoe Bottom development happens, there’s an opportunity to save money by putting the parking elsewhere. The GRTC can efficiently transport large amounts of people from place to place, but they rarely get the chance.

GRTC could offer free parking at their old GRTC bus lot and load individuals up on buses to take them to the Bottom. This would ease congestion, offer an opportunity to build a unique group (i.e. the bus gang), and it would save millions of dollars in the development of parking garages.

American street signs are the definition of monotony: predictability is an inherent element of their success. Meanwhile, the NYC subway system has developed an unmatched brand through the simple use of bold colors and Helvetica. Instead of boring arrows and overused red octagons, garages can build identities through their signage. The Eureka Tower garage in Melbourne takes this idea to its rightful extreme. 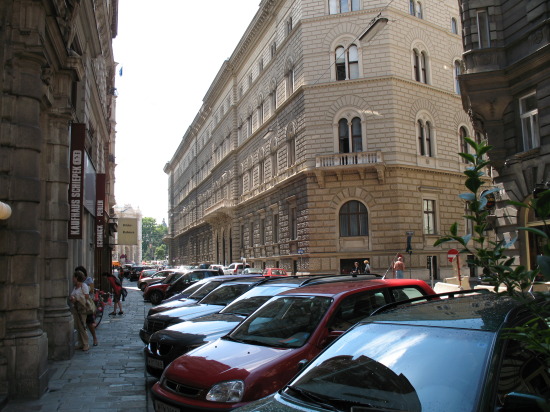 Parallel parking is fundamental to building a walking environment. It slows cars while creating a barrier between one-ton pieces of steel and pedestrians. All parallel parking must be used before laying concrete foundations for more parking garages or lots. Parking should be on the streets, and it should have high rates that reflect the true cost.

If cars are going to be a part of American society, then they ought to be integrated with all other modes of transit. This starts with creating pedestrian paths for drivers after they exit cars while minimizing the footprint of parking spots.

We may praise wide open spaces, but in reality we need defensible spaces that offer protection. The spatial definition of an area is fundamental to its hospitality. Barriers to pedestrians and cyclists need to be minimized.

Lowe’s and Kroger on Broad street both fall desperately short of this objective. Set back from the street, their abundant surface parking space fosters an unbelievably uninviting place in the heart of a burgeoning walking environment. Efforts need to be made to maintain the unbroken facades of walkable neighborhoods while welcoming the unavoidable arrival of big box retail. If a place is happening, they will show up.

More importantly, downtowns need to learn a lesson from malls. Many movie theaters in malls have ticketing booths relatively far from the theaters to mandate long walks that promote window shopping. The strengthening of urban retail spaces could be as simple as finding that happy medium between efficiency and an extended urban walk in front of stores.

Laws may dictate 5 mph speeds in parking lots, but people will ultimately drive as fast as they physically feel comfortable. Efforts need to be made to force slower speeds–instead of asking.

This can be accomplished with narrower lanes, two-way lanes instead of one-way lanes, squaring corners to slow turn speeds, and by fostering parallel parking. Safety is the largest barrier to walkability, we shouldn’t be promoting unsafe behavior in one of the few areas planners can actually control. 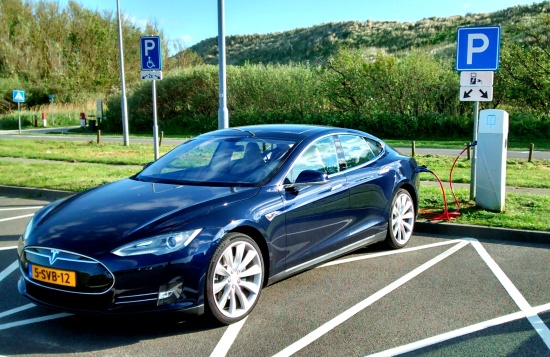 Finally, lots and garages should prioritize parking for hybrids, electric vehicles, and ride-sharing programs. A majority of customer respect socially active businesses, and Zipcar offers a model that benefits everyone except for car companies and automobile insurance companies. If the point of garages is to get people through the front door, then Zipcar has the same potential while creating a social good that could define the future.

Parking is dizzyingly prevalent and abundant in America. There’s no reason society needs to maintain the vast number of current spots much less expand the supply. At the same time, parking spaces, lots, and garages are unfortunately necessary antiquated slabs of asphalt that are reminiscent of the Eisenhower administration. If we are going to keep building parking lots, they ought to be the best in the world.