Arrests made in connection with Victoria Jewelers homicide

The Richmond Police Department have made three arrests in connection to the homicide that occurred on May 5, at Victoria Jewelers. A fourth person has been arrested in connection with the Victoria Jewelers homicide.

Paul L. Townes, Jr., 24, of the 1700 block of Chicago Avenue in Richmond, was arrested Wednesday night in Richmond by members of the U.S. Marshals Service Regional Fugitive Task Force.

Like the other three defendants in the slaying of Muhammad H. Baig, Townes has been charged with conspiracy to commit murder. 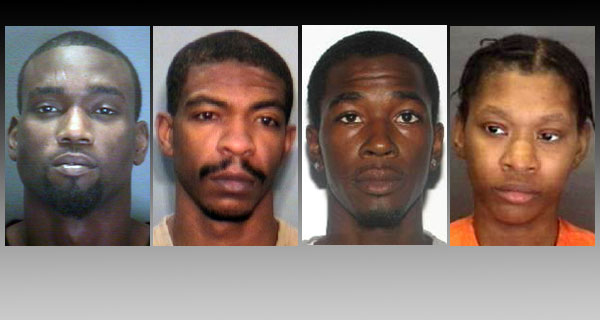 The Richmond Police Department have made three arrests in connection to the homicide that occurred on May 5 at Victoria Jewelers.

Jesse G. Edmond, 49, of the 1400 block of Enfield Avenue, Anthony J. Lenard, 26, of the 00 block of East Clay Street and Jermeaka M. Gorham, 28, of the 4000 block of McKay Avenue have been arrested and charged with conspiracy to commit murder.

Detectives would like to thank local and regional partners including the Henrico, Chesterfield and Roanoke Rapids, N.C. police departments and the U.S. Marshal’s Regional Fugitive Task Force for their cooperation in this case. This is still an ongoing investigation and detecives are asking that anyone with additional information at this homicide to call Crime Stoppers at 780-1000 or text Crime Stoppers at 274637, using the key word “ITip” followed by your tip.