The two anchor stores of the new West Broad Marketplace are scheduled to open in 2016. Local officials were on hand yesterday in Short Pump for the groundbreaking of West Broad Marketplace, a mixed use facility that will eventually be home to one of the area’s first two Wegmans supermarkets as well as a Cabela’s sporting goods store.

Wegmans is expected to open in March or April of 2016; Cabela’s will follow in June or July, according to project developer NV Retail.

The project, which will include 400,000 square feet of retail and office space on West Broad Street just west of North Gayton Road, is already underway. Site work has begun and land is in the process of being cleared.

While the development is welcome news for many who have long sought a Wegmans store in the Richmond area, not everyone is on board.

Last year, an unidentified group spread flyers attempting to stop the store’s construction ahead of a Planning Commission meeting. The flyers and phone calls warned nearby neighbors that West Broad Street’s “traffic is going to be horrible” and advised them to contact their planning commission members to voice opposition to the plan.

The project was nonetheless unanimously approved at the meeting on August 14th, 2014.

“…West Broad Marketplace will perpetuate the dysfunctional low-density land use patterns of post World War II sprawl that has already made the Short Pump area a congested hell hole. I avoid going there if at all possible, and others do, too, although sometimes they have no choice because that’s where the region’s upscale stores are concentrated.”

An artist’s rendering of the project can be seen below; check out the project website here. 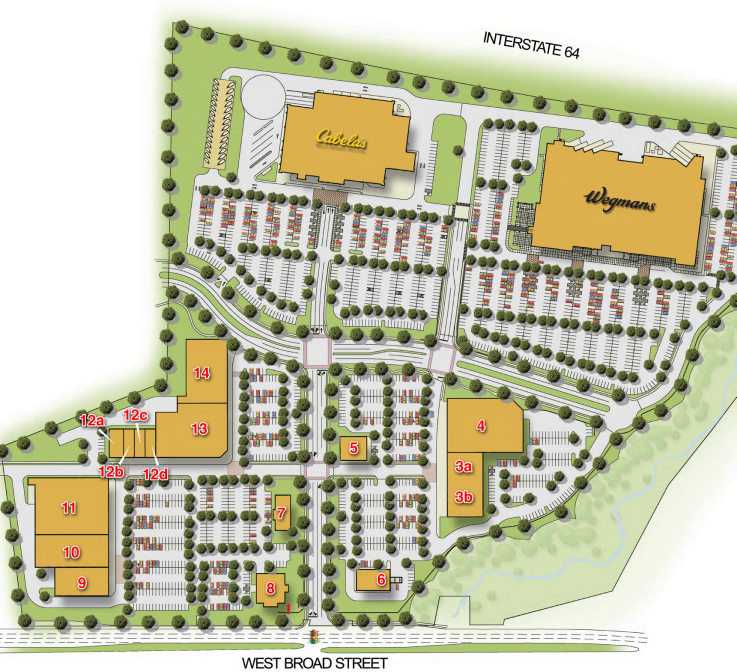