Are the ‘Concerned Citizens of Short Pump’ really just concerned grocery chain executives? You be the judge. Henrico County Planning Commission officials prepare to vote Thursday night on whether to allow a 140,000-square-foot Wegmans grocery store to be built as part of the forthcoming West Broad Marketplace.  Leading up to the vote, neighborhoods near West Broad Street and Gayton Road were peppered with flyers and phone calls this week claiming to be from a group entitled ‘Concerned Citizens for Short Pump.’

The flyers and phone calls warned nearby neighbors that West Broad Street’s “traffic is going to be horrible” and advised them to contact their planning commission members to voice opposition to the plan.

Residents became suspicious of the motives after neither a group by that name nor a local callback number were found. The out-of-area phone number leaving calls with residents is, in fact, being run by a telemarketing firm, as confirmed by WTVR’s Wayne Covil Wednesday afternoon.

Wegmans, a grocer long sought after in the Richmond market, was cheered by many for their decision to construct two new stores in the area (the second coming to Midlothian). The lack of other individuals or entities fighting the grocer’s impending arrival and the omission of the center’s other anchor, Cabella’s, left many wondering if the effort was an astroturf campaign put on by a competing grocer.

The source of the campaign has not yet been identified.

CBS6’s Wayne Covil set out to find answers Wednesday and produced a video package with his findings. 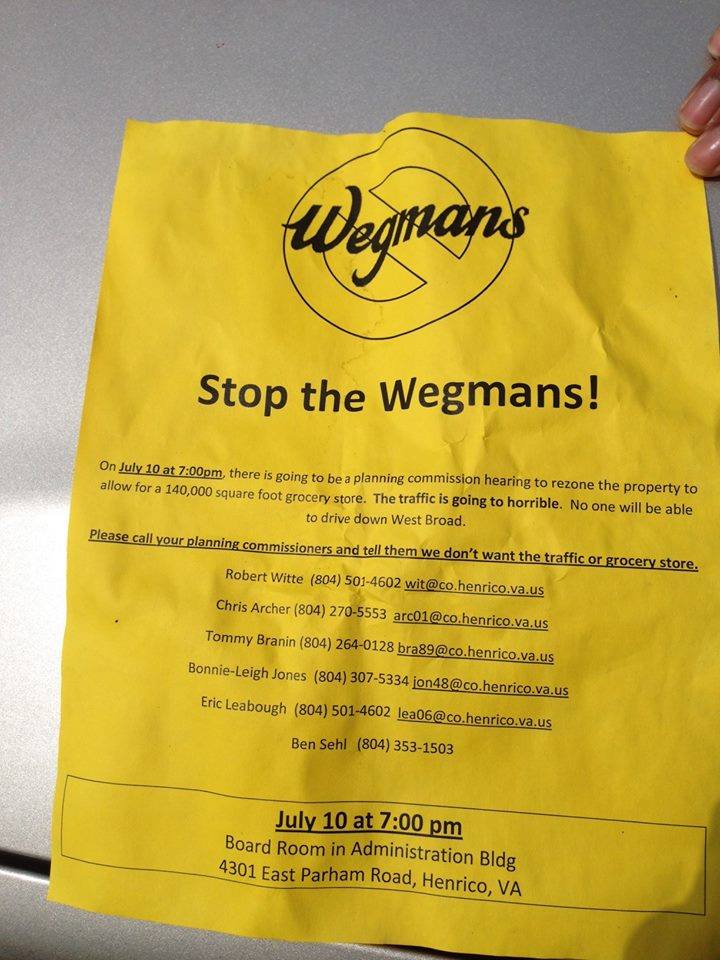