The anticipated album from one of RVA’s top local musicians has already earned national press. White’s gift on Big Inner is taking sounds created by actual southerners and turning them into figments of his musical imagination, which he bends and shapes into bottomless columns of ethereal soul.

The album will also have a write-up in the next issue of Rolling Stone.

Matthew E. White is a busy man. The musician, who celebrates his 30th birthday next month, has been rehearsing for live performances, including one that will feature nearly 40 musicians at the Hopscotch Music Festival in Raleigh, North Carolina. His debut solo album, Big Inner, comes out on Hometapes / Spacebomb Records next month, and to further detract from his free time, he’s recording a dub version of the record. If recent media attention is any indication, White will be staying busy well into the future.

The first track from the album, “One of These Days,” has been making the rounds online for over a month. It’s garnered a favorable write-up in Pitchfork and was featured in a video teaser shown on Stereogum earlier this month:

Both of these mentions have helped the album attain national buzz a month prior to its release. White has certainly earned the praise.

He studied music at VCU, graduating from the university in 2005. In fall of that year, the guitarist and composer co-founded Fight the Big Bull, an avant-garde jazz band that’s been featured on NPR’s “Fresh Air” and whose 2010 album, All is Gladness in the Kingdom, was named one of the top 10 best jazz albums by NPR. In February 2012, the group played at the famed Kennedy Center in Washington, D.C. (Note: White has contributed to RVANews).

Collaborative writing for his solo record, Big Inner, began in fall 2010. Spacebomb, the record company he co-founded, wanted to implement a house band. It would evoke a foregone era in music in which labels like Motown had near-consistent bands supporting various singers for the label. It was a great idea in theory, but White and Spacebomb couldn’t rest on the laurels of its novelty. It needed to, you know, happen.

“I kind of just began writing,” said White. He describes himself as a “songwriter by accident,” collaborating with various friends and musicians to make the record. While some musical arrangers treat their own lyrics as a mere by-product of their music, White wanted the lyrics to “say explicit things that arrangements in music can’t say,” and vice versa. Bassist Cameron Ralston (the Wise) and drummer Pinson Chanselle (the Mighty), who together make up the Spacebomb House Band, recorded their parts of the album in White’s attic in the city’s West End, beginning in February 2011.

The album reflects the eternal themes of love, death, searching, and even lauds several notable musicians (for example, Jimmy Cliff) by incorporating their arrangements into White’s songs. It was a natural way for him to integrate his admiration of other songwriters. “Taking the past and reworking” it is something that White enjoys.

“There’s a lot of folk elements,” said White about the album. The early praise earned in Pitchfork and the attention garnered on Stereogum has people outside RVA eager to hear the album. “It’s rewarding to see people excited about it,” said White. It’s all the more astonishing when that buzz has come despite White not playing live since last September. That changes next week.

White will play a “One of These Days” release party at Balliceaux on Tuesday, July 24th at 10:00 PM. Although White estimates he’s played nearly 500 shows in the area, “this is my first time playing in Richmond under my own name.” White said the show represents the work that he and Spacebomb have put in over the years: taking the idea of a house band and making it into an album, and a reality.

“There is a physical representation…now it exists.” 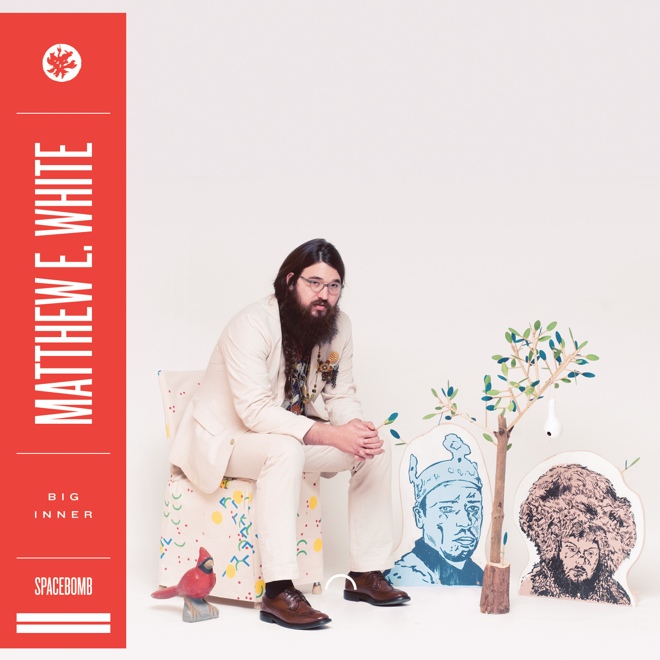