RVANews has fallen in love with the Richmond International Film Festival completely of our own accord. We bothered a bunch of the filmmakers involved over the course of the last month and got them to chat with us about the biz, their film, and the festival itself. Next week, we’ll be talking to one of the selfless souls behind the RIFF.

As Sara Elizabeth Timmins says below, film festivals are really important. The state of moviemaking and distributing today is sharply different than it was even ten years ago. We simply don’t have enough opportunities to see the little films–and these are the ones that are worth seeing. There’s a place for Hollywood, which sometimes churns out a fine film. The problem is: it doesn’t have to in order to make plenty of money. The chance of seeing a great movie at a film festival is, my comparison, delightfully high.

From what I gather from the trailer, Wish You Well is one of those movies you don’t see that much anymore…a tale of generations loving their land, finding themselves through understanding their family, and looking back over their lives with lots of feeling. It’s like eating a Thanksgiving dinner, down to the feeling of content sleepiness afterwards.

Sara Elizabeth Timmins’s little production company, Life Out Loud, has been stepping in where Hollywood won’t anymore. A statistical shift in Hollywood output follows the profit margins, and the big stacks of cash are only left in the wakes of huge comic franchises and blockbusters. “Independent” studios (which used to mean that they work entirely outside of the Hollywood system, a fact that these days isn’t always true) pick up the less explosion-y types. Your period pieces, your biopics, and, of course, your art films.

When Timmins heard from author and Richmond native David Baldacci about making a film adaptation of his novel Wish You Well, she knew he had tried for years to make it happen in Hollywood. A story with deeply personal resonance for its author, Wish You Well did not have a home. 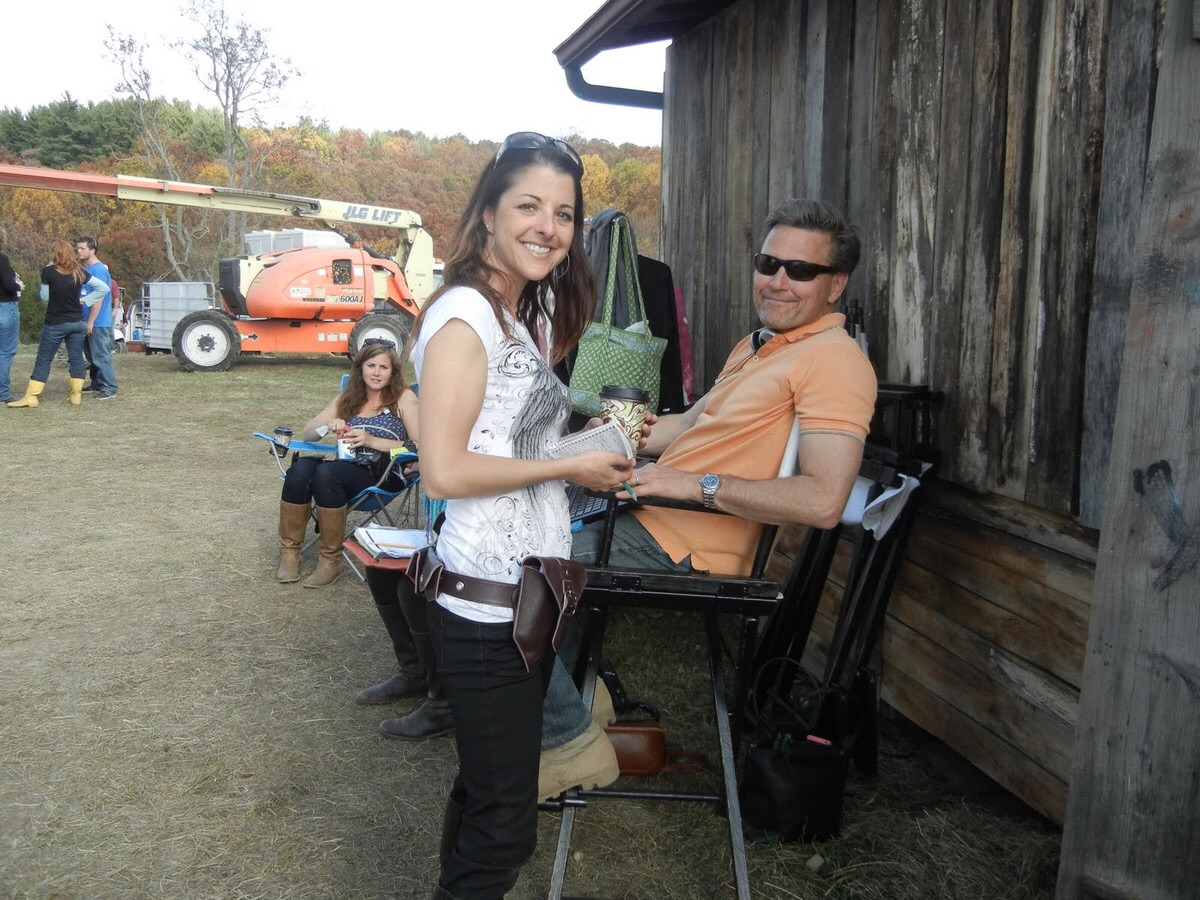 Timmins and Baldacci during filming

The novel–which is about a young girl who, along with her brother, goes to live with her great-grandmother on family land–is set in Dickinson County, where Baldacci’s mother was from. It was after she passed away that he decided to give the film a second chance at getting made. He knew he wanted to shoot it in Virginia with an independent producer, and he kept his eye on Timmins for awhile, as she made her previous film, Lake Effects.

“It’s important to have a locale that fits archetypically with the story,” says Timmins, who chose Giles County–about 35 minutes outside of Blacksburg–from about 15 Virginia locations. “But then you also have to think about the logistics for filming. Not only that, but  you need a place that wants you there just as much as you want to be there. That’s a key component in making independent films.”

Timmins found her calling while in Cincinnati, where she attended Xavier University. Although originally intending to be an actor, she changed course while volunteering–and then being hired–on the set of Tattered Angel. Producing, with its puppet-master aspects and its breakneck speed, she found, was not only her strength, but her passion. Los Angeles didn’t work for Timmins, who quickly grew frustrated with the Hollywood system and found herself in Virginia.

Timmins established Life Out Loud Films in 2008 with two goals in mind: doing what she could to increase the number of strong female characters in film and using filmmaking as a way of impacting communities for the better. As such, she’s won a number of awards in Virginia, which she just can’t seem to quit. Currently, she’s settled happily in Lynchburg, working on her next project. 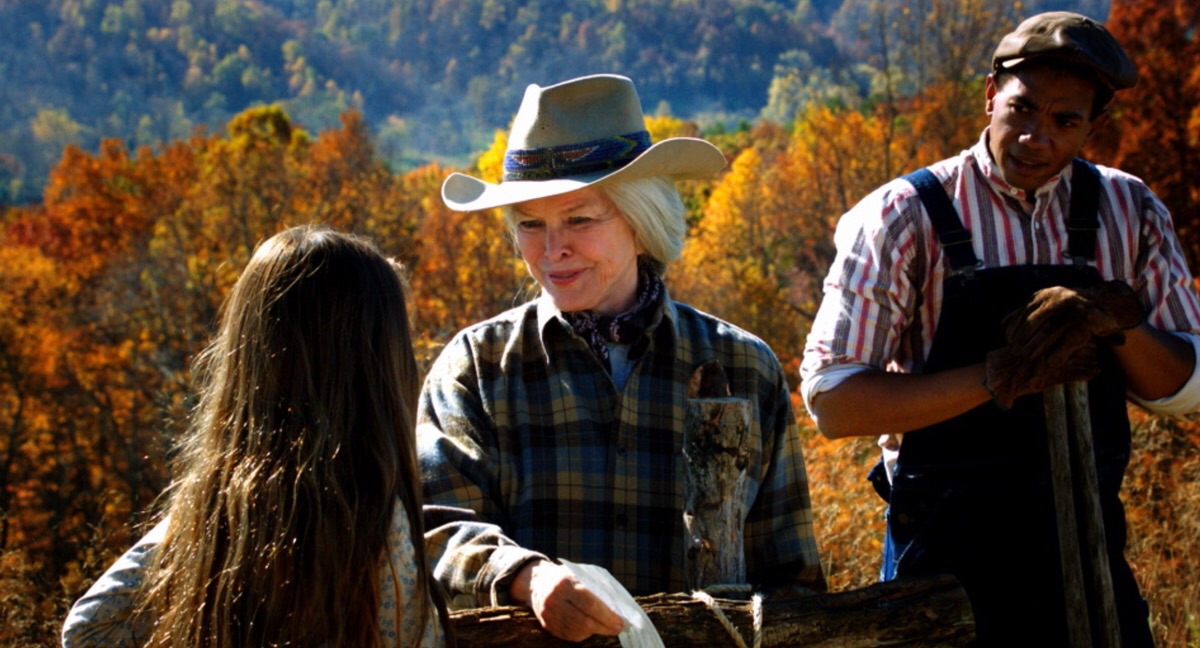 Though Wish You Well got to show off western Virginia in its autumnal glory, the production was majorly affected by Hurricane Sandy. Shoots had to be rescheduled, actors (including the venerable Ellen Burstyn) were stranded in New York, and a part even had to be recast. Timmins ruefully admits that in one scene, if you know what to look for, you can see the storm about to hit.

But it all worked out, and Wish You Well has been warming souls at festivals like the Heartland Film Festival and the Sodona Film Festival ever since. At Sodona, the film won the audience choice award, “which means the people who are going out to see it are responding to it,” says Timmins. “Being a filmmaker and sitting in the back of the theater filled with a bunch of people who are responding…that’s the best part. Something you’ve spent hours and days or even years working on, and you think “OK we did it. We really did it.”

“And that’s why film festivals are so important: it’s a venue for audiences to see some of the films that are not distributed by mainstream Hollywood or the studio system,” she says, when asked about the fate of the indie film as we used to know it. The Richmond International Film Festival reached out to Timmins about bringing Wish You Well to their lineup. As another proud partnership with the Virginia Film Office, a Sara Elizabeth Timmins film would be an excellent addition.

You can catch Wish You Well on Thursday, February 26th at the Byrd Theatre, and you can also say hello to Timmins herself.