The Commonwealth has been ready for its closeup since 1607. So why does it seem like Hollywood has just now figured out that everything should be filmed in our stunning state? Last month, Governor McAuliffe announced that YET ANOTHER big-deal TV series would be shot in our state. In the words of Jerry Seinfeld (who, to my knowledge, has never filmed a movie in Virginia), what’s the deal?

Is it simply that our state is so obviously gorgeous? We’ve been touting that “Say, listen. We’ve got the ocean over here, the mountains over here, and some urban rapids in between”1 line for so long…could it be that someone has actually paid attention to us? And has that someone been gabbing it up around Hollywood? Are we THE NEXT HOLLYWOOD??

We are not the next Hollywood

And that’s a good thing. We want to stay how we are–a great location for films or major TV series set in a historically significant time period.

A helicopter full of money

Allow me to re-introduce Andy Edmunds, whom we quoted last week in a piece about the feature film being currently made with the help of the VCUarts Cinema students. Andy has the finest job in the state, that of running the show at the Virginia Film Office.

When a film or a major TV series (which, these days, may as well be a film, as the production value has gotten so high) comes to town, it creates jobs, supports local businesses, and raises awareness of the area as a tourist destination. So the Virginia Film Office has the important job of not only figuring out how to attract Spielberg (check!) but how to keep him, his cast, and his crew happy and productive while they’re here (check!). And something like Lincoln can truly be just as economy-boosting as a major company like Stone Brewing Co. setting up shop.

That’s why Andy worked on the nuts and bolts of getting Lincoln to town for nine years. NINE. Meanwhile, the rest of us paid vague attention for the year leading up to it, then tons of attention while Daniel Day-Lewis spottings were very real possibilities, then attention again when the film premiered and we gleefully scrutinized the finished product in search of familiar beards.

But at the VFO, the Lincoln experience was an everyday fixture. For many, many days. Says Edmunds on the importance of making sure a Spielberg blockbuster ship sails smoothly: “When a production comes into the state it’s like it brings a helicopter full of money. They touch every part of the economy– everything from buying paper clips to booking hotels to renting an actual helicopter.”

As you might surmise, this helicopter full of money2 causes states (and other countries) to compete for Tinseltown business. 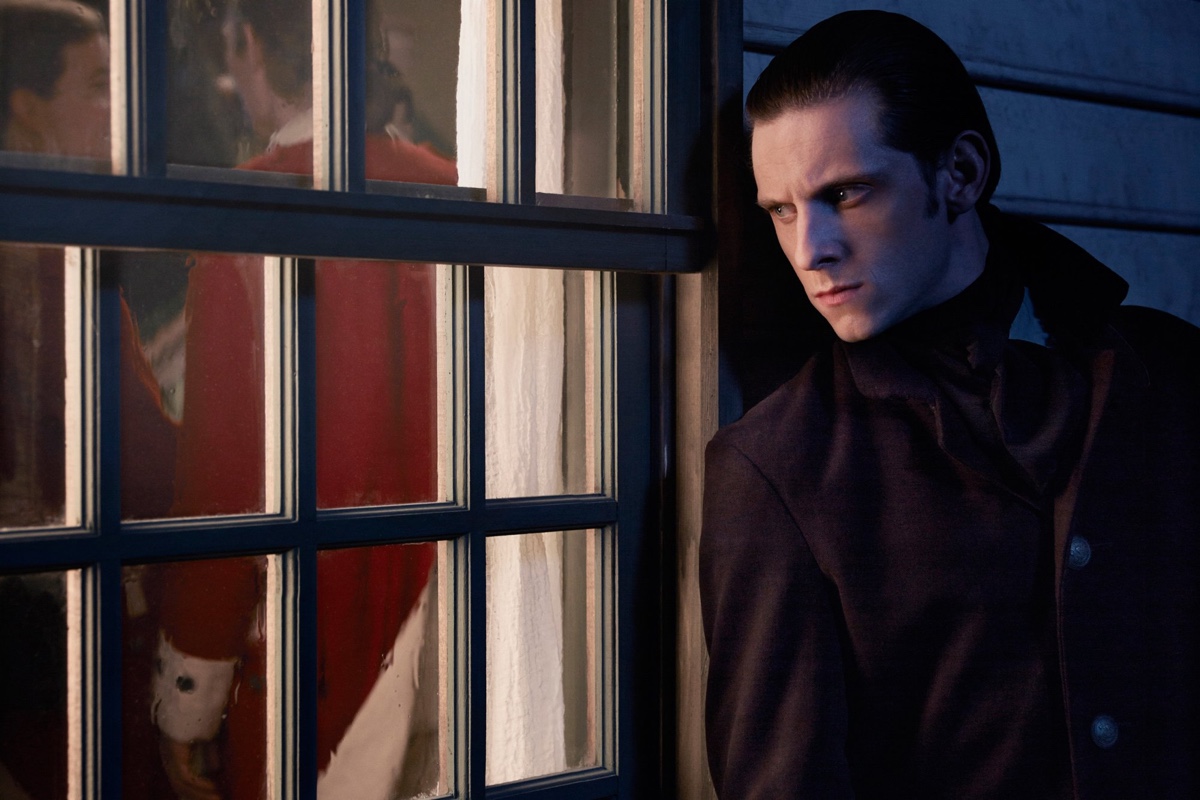 TURN was filmed right outside your house while you weren’t paying attention! JK, they can’t do that.

“It’s incentives!” says Edmunds. “Tax credits to try to entice filmmakers to come there. You can make a movie in Canada for 40% off, by the time you get a tax credit and a rate from the government.” And thus, a million productions are shot in Vancouver.

Most states now have an incentive program, and Virginia’s is often nominal in comparison, but creative. “We have 6.5 million dollars [annually] that we’ve been authorized to use,” he explains. “In Pennsylvania, they have 70 million. In Georgia, they don’t even have a limit–they handed out over 200 million last year in tax credits.”

Georgia! You crazy state! You’re making me anxious with this spending!

“We’re very thrifty in how we use our credits. We try to create a program that’s sustainable and become an outstanding partner.” Like with TURN, the VFO helped with locations, some of which being state-owned property in remote areas where it was easy to build sets for the show.3 Then, they came up with an exchange partnership with AMC, where the network would produce a commercial for Virginia tourism and air it during every episode of TURN. PBS will have a similar arrangement for the new, yet-to-be-named show. “So, we get these great symbiotic relationships, and no other state requires that as part of their program.” 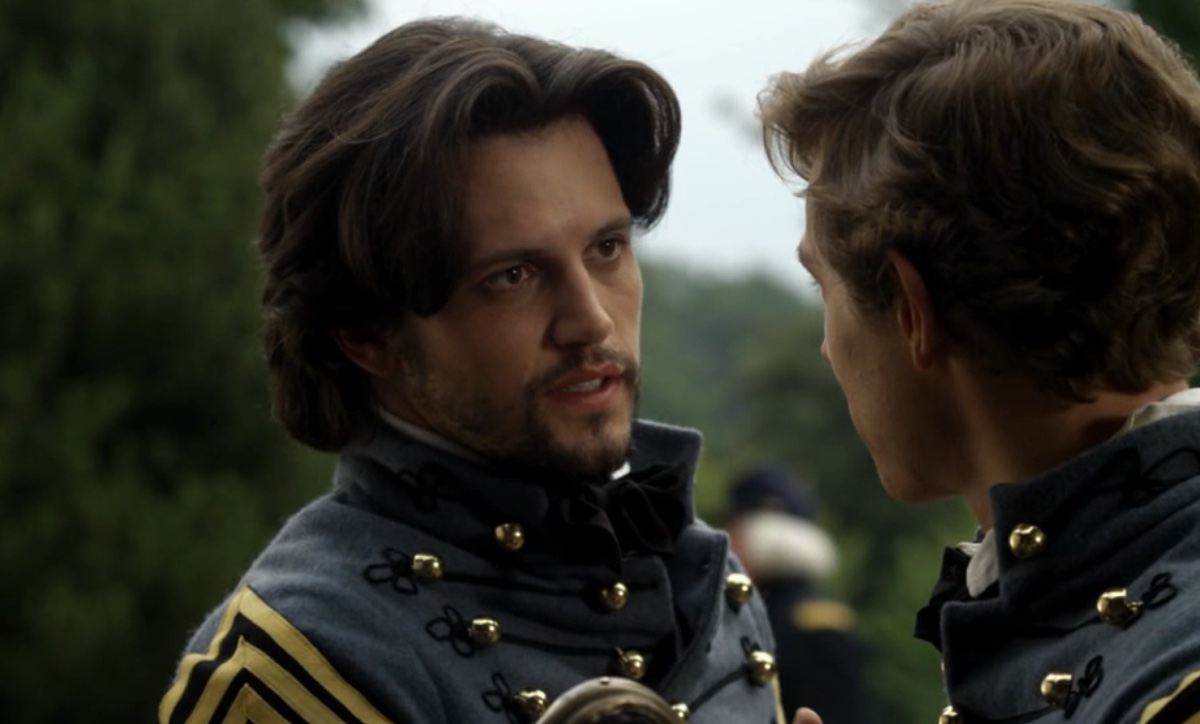 Point of Honor is still in the pilot stage for Amazon, and has run into some controversy. Its future is as yet unknown.

Lincoln wasn’t the first movie to be shot in Virginia, of course. Who can forget Evan Almighty, Iron Jawed Angels, Hannibal, or that pure 90s flop, The Jackal?

But in the last two or three years, momentum sure does seem to be rising. John Adams, Lincoln, Ithaca, TURN, Point of Honor, Macbeth, this new PBS situation…will we ever be free of these celebrities roaming our streets and eating Proper Pies that are rightfully ours?

“The world has changed,” says Edmunds, but in a cheerful way. “When I was a child, we had four channels on TV. Now, we have an unlimited number of ‘networks,’ and including the internet, it really is an infinite number. This number of platforms creates a worldwide demand for content, which is actually a manufacturing process that requires money and skilled laborers.”

“You start to get a certain critical mass. When the big shows come in, a lot of the crew that works on the big shows will also work on the small shows, too.” So the reputation gets out that we’ve got really experienced, talented Virginians, the tax incentives are doing their thing, and soon it’s relatively common for one or two major shoots to be happening in the state at once. Fantastic!

Richmond itself is a big draw, as we all smugly suspected. “Richmond is certainly a chameleon palate. You can get urban period look, urban modern look, you can get gritty under the railroad tracks look, back alley look, and then within ten minutes you’re in cow country in Eastern Henrico.” See, I told you Andy Edmunds was worth listening to in a second article! “There’s location diversity within a small geographical area, which is one puzzle piece…but the other is that in Richmond there’s a crew. Because Richmond is cool. It’s a cool place to live.”

He couldn’t or wouldn’t tell me what was in the works for Virginia film. And who knows? If Lincoln took close to a decade, maybe we’re only a few years out from a Tom Cruise vs. Johnny Depp action-suspense-goth-inspired movie. Or maybe a big city-wide musical. At this point, it could be anything. So when you find yourself borrowing a cup of sugar from Tom Hanks and inviting Kristen Wiig over for wine in your backyard, you’ll know you have Andy Edmunds and the Virginia Film Office to thank for their tireless efforts.