Week of Movies: Downton Abbey premiere, Sympathy for Lady Vengeance, I was a Male War Bride

This week we stay home from the theatre, take in the Downton Abbey premiere, and watch a bunch of other weird films.

Available for free on Roku/AppleTV, PBS.org, or for purchase everywhere else

At two hours, this much-anticipated premiere might as well have been a movie. And with the production value of that addicting, year-jumping, sensation-mongering show, I’m going to go ahead and classify it as such for our purposes. If you’re new to Downton, don’t read further.

It’s six months after Matthew’s sudden and very stupid death, and true to Downton form, very little is happening. In fact, very little happens throughout this whole premiere. Anna and Bates wonder why the new ladies’ maid is such a jerk. Cora frets over a shirt. Mary is so severe and gloomy as to be laughable. Mrs. Crawley helps a soul in need. Mrs. Hughes also does. Mr. Carson grumbles. Bells ring, tea is served, “advertisements” is pronounced charmingly, and life moves along. The writers of this show excel in rushing through major events (the deaths of just about everyone) and spending far too much time drawing out the minor ones. And even repeating the minor ones. Guys, why does anyone trust Barrow with anything? Has no one learned any sort of lesson? And guess what, there’s a misunderstanding between poor naive Daisy and that same guy who doesn’t like her! It’s good to know that things are really being shaken up with the British class structure, the upheaval of which this show intended to depict. —S 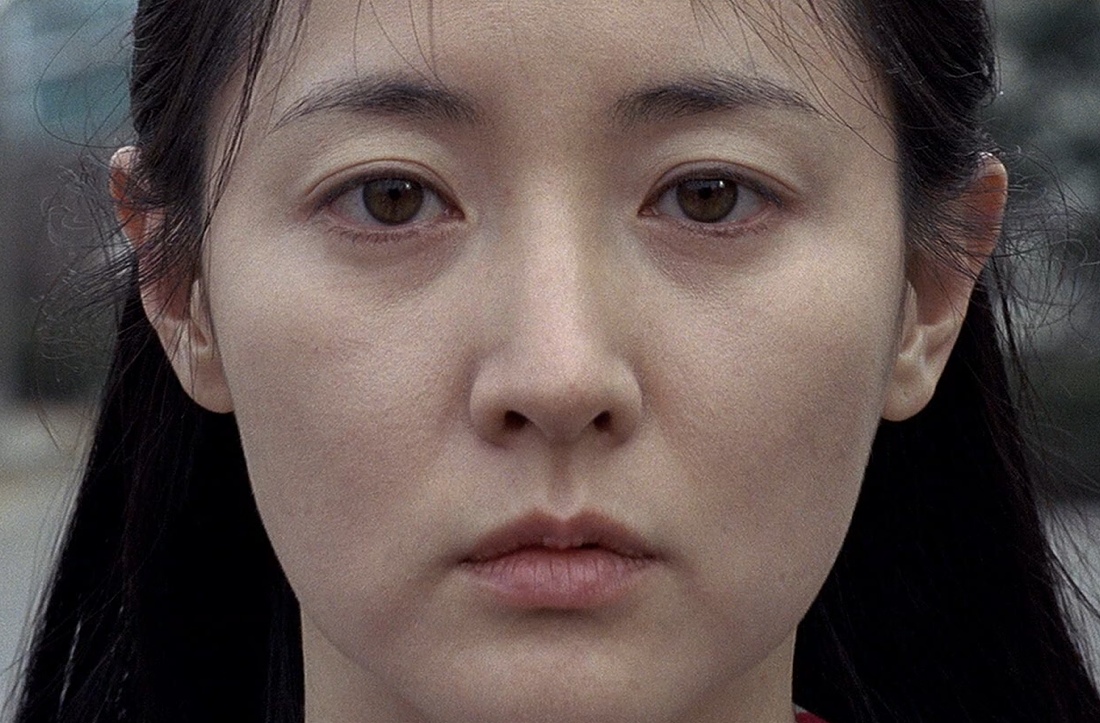 After falling in love with Oldboy and then realizing that Park Chan-Wook also directed Stoker, I decided to watch the guy’s entire filmography. And while each has left me incredibly disturbed, I certainly haven’t been disappointed.

In Sympathy for Lady Vengeance, police charge Lee Geum-ja with the kidnapping and brutal murder of a four-year-old boy and send her to prison to serve a 13-year sentence. While there she befriends her fellow inmates. After her release she puts into motion a chilling plan of revenge 13 years in the making–calling in favors from those she helped in prison. Then, in Park Chan-wook’s trademark dark and surreal style, things get weird, violent, and horrible (but good horrible).

Sympathy for Lady Vengeance is the third part of Park’s “Vengeance Trilogy” which isn’t so much of a trilogy as it is three films dealing with similar themes (Oldboy and Sympathy for Mr. Vengeance round out the trilogy). Gotta watch ’em all! —R 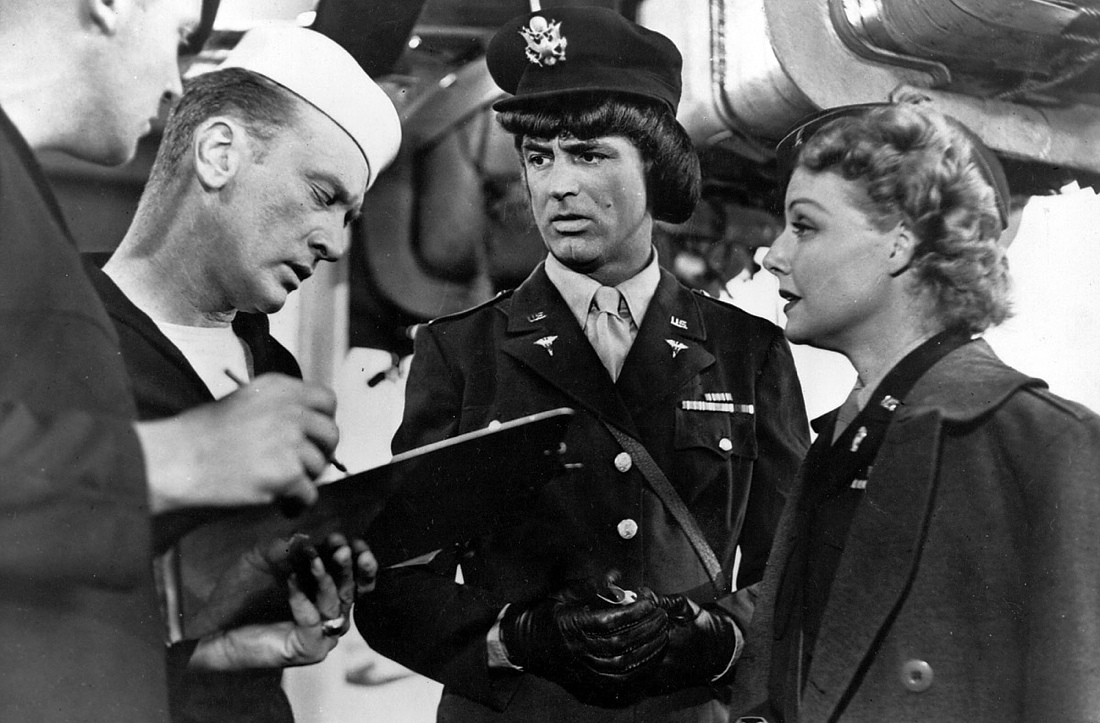 Call me old fashioned, but I’m a sucker for a cross-dressing comedy. Some Like it Hot, Just One of the Guys, Ladybugs, She’s the Man–all classics if you ask me. Not only does I was a Male War Bride involve a teensy (which is not nearly enough) bit of hilarious cross dressing, but it stars Cary Grant and an adorable Ann Sheridan. In this 1949 film, a female officer in the US military (Sheridan) marries a member of the French military (Grant). They have all sorts of zany mix ups while trying to make their way out of the military and back to America, when the only way through the Army’s dense and winding bureaucracy is for Grant to file for a visa as a “war bride.”

Grant and Sheridan have great onscreen chemistry, a lot of which feels improvised and natural. It’s also interesting to watch a director in the 1940s explore gender roles–Sheridan’s character in particular is realistic, hilarious, takes no fuss from anyone. She reminded me of my grandmother. —R 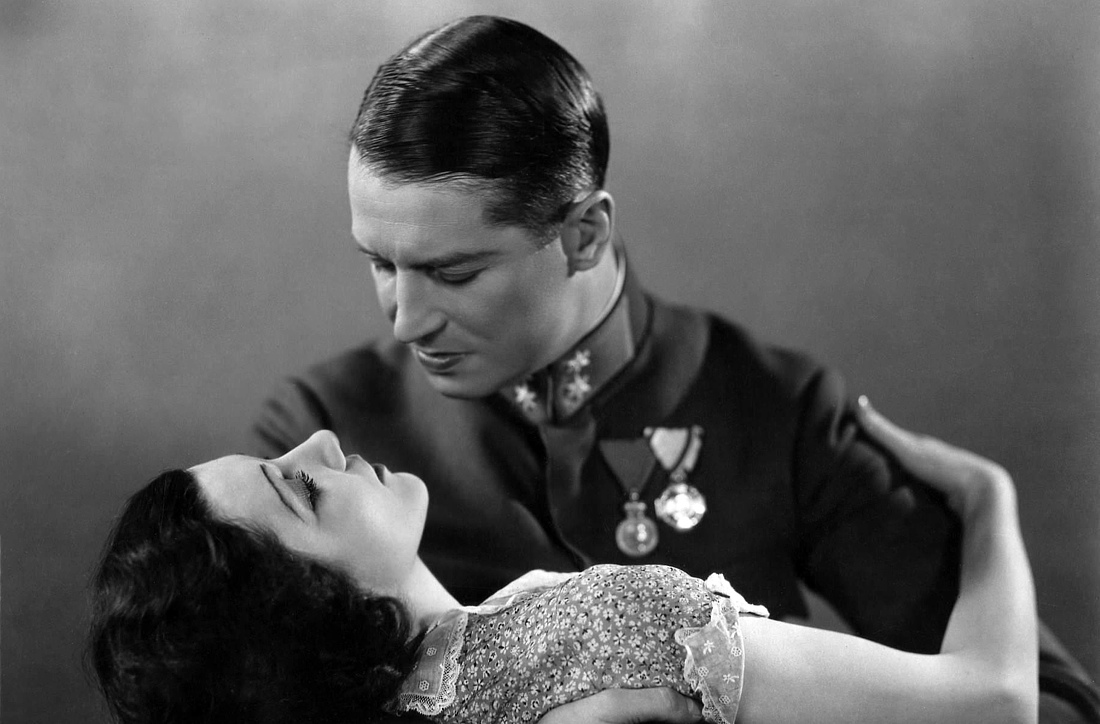 I’ve got a real thing for Pre-Code films, that is, the ones released before 1934, the year that all the studios agreed to water down any illicit content. That’s why you never think of anyone in the 40s or 50s sharing beds, cursing, killing anyone without being punished, or generally not acting like the Cleavers. We’re so used to that kind of Hollywood that it’s always pleasantly jarring to watch something like The Smiling Lieutenant, in which Maurice Chevalier really is a lieutenant who really does smile—but he smiles because he is unabashedly trying to get in everyone’s pants! Unfortunately, he smiles at a princess who he isn’t attracted to, because he’s too busy nailing Claudette Colbert! Princess’s daddy sees the smile and wink and insists that they get married (he’s probably a huge fan of the Code).

Will Claudette Colbert win out? After all “girls who stay for breakfast never get asked to supper,” she tells us sadly. And she’s there for breakfast an awful lot! This movie also reminds ladies to jazz up their lingerie and stop being such prudes. Life is more fun when you’re exuding sex appeal. CONFLICTING MESSAGES! STOP IT, DIRECTOR ERNST LUBITSCH!

Speaking of, Lubitsch and Chevalier teamed up for many acclaimed movies in that era. Chevalier sings a lot about how he likes to have sex, and Lubitsch makes some Superjokes. It’s an important time in film history (plus it involves incredible costuming). –S 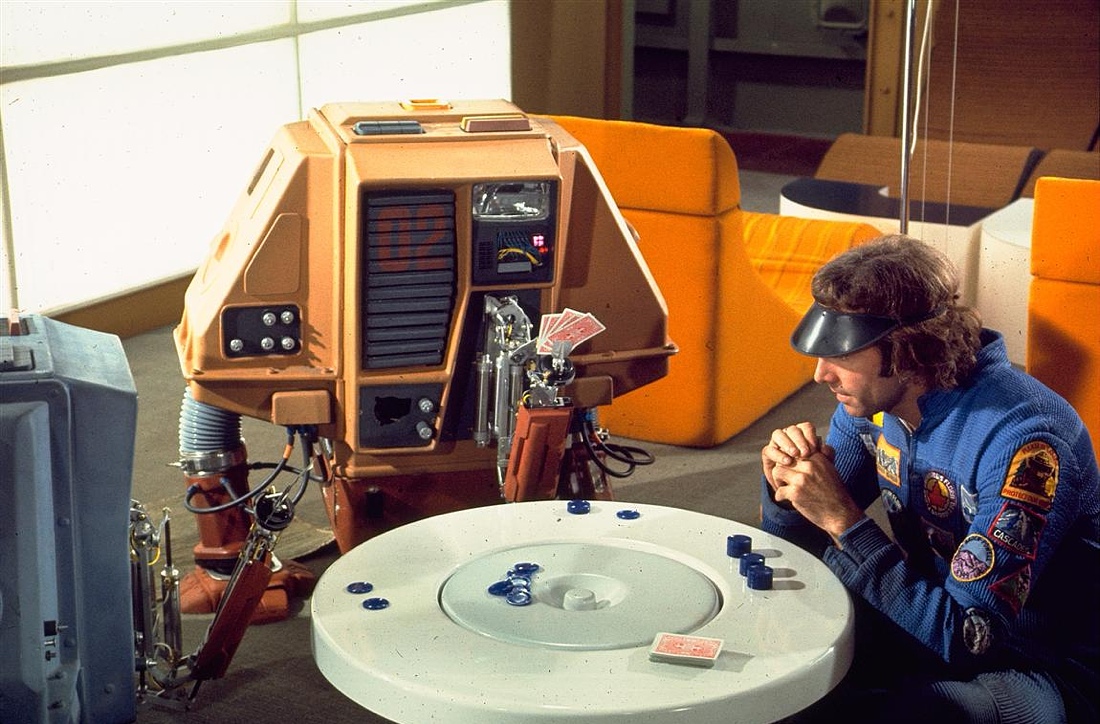 In the distant future, we’ve fudged the environment bad. Like, real bad. Apparently the entire earth is deforested, plants are extinct, and no one give a damn but Bruce Dern. He’s out in deep space managing a giant dome-enclosed forest attached to a commercial shipping vessel, all while being a real weird dude. His superiors decide plants are dumb and that they might as well jettison and nuke the domes (which, remember, contain the LAST REMAINING PLANTS KNOWN TO MAN) for one reason or another. Bruce will not let this stand.

Silent Running is brought to you by some of the same special effects dudes that brought you 2001. It’s got that same dated-yet-futuristic 1970s feel and was even filmed partly on Korean War-era aircraft carriers–which to me, typify dated-yet-futuristic. While there’s no epic space baby, there are tiny, lovable robots operated by bilateral amputees(!?). –R