River City Reading: The child-free choice, leaving the past behind, and a (not so) little life. 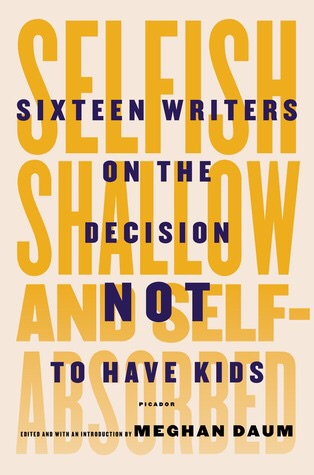 There’s an overlooked back alley of the Mommy Wars that doesn’t involve mommies, but is directly impacted by the embattled culture. Though women are no longer raising broods of children in heels and pearls, societal expectations exist to the point that couples who choose to forgo parenthood are barraged with questions and expected to explain their decision.

Hoping to give voice to that choice, Selfish, Shallow and Self-Absorbed is a collection of essays by sixteen writers on their decision not to have children. From women and men, straight and gay, the essays touch on a number of reasons why parenthood may not be for everyone. Covering careers, families, childhoods, and illness, each writer describes the journey to their decision. At times, I couldn’t help but wish that Daum had expanded her reach outside a pool of writers. While it was great to have such fabulously written pieces, it would have been refreshing to read a collection with an added element of perspective.

With that said, I do think there’s enough variance that most childfree or questioning readers should be able to find at least one piece that resonates with them. When I came to the essay written by Anna Holmes, I ended up highlighting nearly every line. I finished it and started over again, so thrilled to find someone who could put my feelings on parenthood into words.

And so when I tell people–usually female friends–that, at age forty-one, I ‘don’t know’ if I want children, what I’m really saying is that I don’t believe I can do the things I want to do in life and also be a parent to kids, nor am I willing to find out.

So maybe I really am Selfish, Shallow and Self-Absorbed. But at least I’m not alone, and this collection was a fantastic reminder. 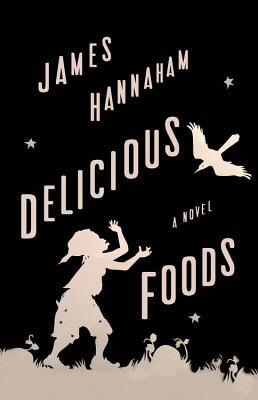 The first night Eddie’s mother, Darlene, doesn’t return home, he tosses her absence aside as another side-effect to her new drug habit. But after several days, Eddie finds himself wandering his mother’s late night haunts, looking for clues to where she’s gone. He soon discovers she’s been lured to a farm and promised a new start with a budding company, which is far from the truth, as Delicious Foods aims to enslave its workers with low wages, high rent, and the haze of drugs.

With bleeding stumps of hands, James Hannaham warns readers on the first page of his new novel that thye’re in for a wild, delirious ride. From there he jumps back and forth in time, from Darlene’s relationship with Eddie’s father to the horrible conditions at Delicious Foods. But we don’t just get the two points of view, as Darlene’s mind is clouded by the presence of crack cocaine. Hannaham gives crack its own voice, by making Scotty a narrator for much of the novel, and gets into the workings of addiction without ever creating a caricature.

Hello, Darlene, I said, and my smoke entered her lungs for the first time, gentle like a handshake at first, then my lovely fingers of smoke got in her breath and grabbed it right where Nat’s breath had once spent all that time. I’m so glad we met.”

As a reader used to encountering the dark and gritty, I was shocked to find myself cringing through some of the novel’s later scenes. Without a doubt, James Hannaham knows how to elicit a visceral reaction to his words. From start to finish, Delicious Foods is a book that twists preconception and forces readers to pay attention in the best way possible.

Over a decade after leaving behind a crime-ridden past, Bill Reed lives a quiet life tending to an animal sanctuary in Idaho. Opened by his uncle, the sanctuary is home to injured wildlife that have helped rescue Bill just as much as he helped them. Despite attempts to forget his past, when a childhood friend is released from prison, Bill is forced to face the actions he took and decisions he made so many years before.
From the first lines of its haunting opening, written in second-person perspective, The Animals establishes its overarching themes. Can we truly move forward from our past or is it bound to catch up with us? In scenes that flash between decades, both moving forward until they converge, Kiefer combines the beauty of literary fiction with the suspense of a crime novel.

What you have come for is death. You might try to convince yourself otherwise but there is no truth but the truth that is, and yet still you will come down the mountain, down from the animals, as if you might encounter something other than what you already know will be, your hope the clinging desires of a fool.

Though the shifts in perspective feel slightly disjointed at first, the purpose becomes clear as the novel progresses and each return grows more ominous than the last. Bill’s intense relationship with the animals he cares for, the new life he’s built and the past he made every attempt to leave behind collide in a powerful conclusion that highlights Kiefer’s incredible talent. One of the best novels of 2015 so far, The Animals is a fantastic example of powerful story in the hands of a master writer. 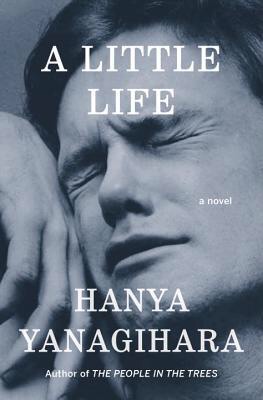 JB, Malcolm, Willem, and Jude first meet at a small college in Massachusetts, where Jude begins to stand out from the group due to his mysterious background. Though their careers send them in different directions, the four friends continuously find themselves centered in New York City, where Jude works to establish himself as a powerful attorney. But over the course of several decades, the trauma from Jude’s past works its way into his present and threatens to consume the life and love he desperately hopes to keep.
I wish I had the words for a close examination of characters or a break down of the techniques Hanya Yanagihara uses throughout her new novel, but I read it in a fever dream of four days that I’m both reeling from and wishing I could relive several months later. Though I hope to pick it up with a more critical eye in the future, I can’t imagine there’s a better way to read A Little Life for the first time than fully giving in to the experience when it begins to take hold.

There are many things that make this a difficult book to review, as pieces fall into place delicately throughout the novel’s 700 pages and slowly reveal more about each of Yanagihara’s remarkably real characters. Saying too much in a review risks touching on individual elements that are part of A Little Life‘s brilliant discovery process and soiling the journey readers take with those characters.

Hanya Yanagihara weaves through countless facets of life and death that will touch readers in different ways and make the experience an incredibly personal one. While it’s certainly not an emotionally easy read, none of the novel’s turns feel planted for the sake of manipulation. Instead, Yanagihara uses the shadows of the lows to shine light on the highs, to remind us how vital love and friendship truly are. In doing this, she creates a bond between the reader and the page unlike anything I’ve ever seen and, however difficult it is to be with them, her characters work their way into our little lives, making it nearly impossible for us to let go.