Mix up your fall reading with nonfiction, short stories, and a great YA novel. 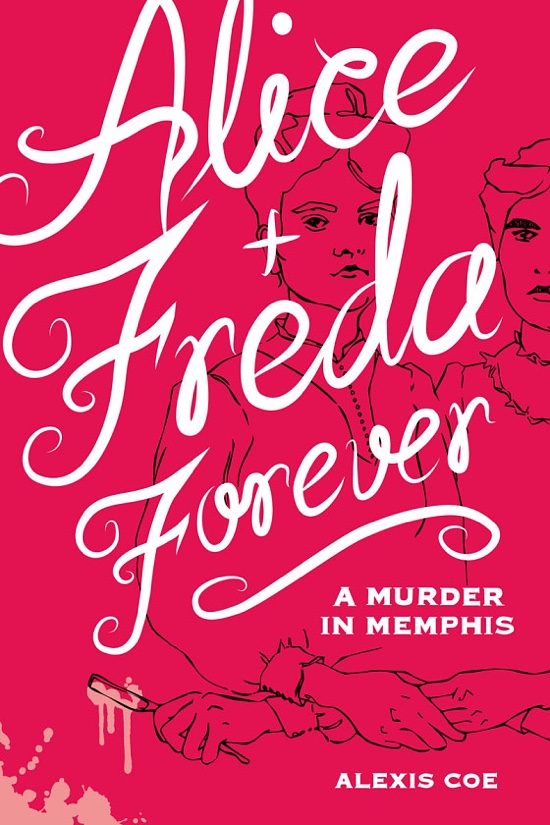 In 1892, the hidden romance of nineteen year-old Alice Mitchell and her seventeen year-old fiancée Freda Ward came to an abrupt end when their love letters were found, and they were banned from seeing one another. Though Alice was determined to continue the affair, and planned to pass as a man in order to marry, Freda was quick to turn her back on her former flame. This was unacceptable for Alice, who slashed Freda’s throat with her father’s razor in a moment of heartbroken determination.

Alexis Coe, who stumbled upon Alice and Freda’s story in a scholarly journal, tells both the tale of the young love and the trial that unfolded in the weeks that followed. Though Alice and Freda’s relationship would hardly be a scandal today, the way Alice’s trial played out in the media feels eerily familiar. Her defense claimed her perverse relationship proved her insanity as competing newspapers attempted to paint different pictures of those involved depending on their agenda.

Coe’s fascinating account of Alice and Freda’s story is paired with drawings and handwritten letters, which help to make Alice + Freda Forever a perfect gateway to nonfiction. For anyone interested in history, psychology, media, or just a good story, Alexis Coe’s new book will be a tough one to put down. 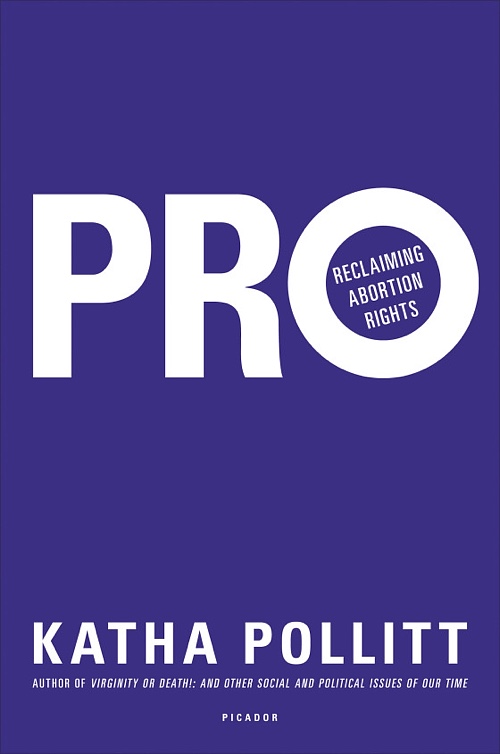 Katha Pollitt knows her audience. She knows she is unlikely to sway the opinions of abortion opponents, just as she knows the majority of Pro‘s readers will be pro-choice. But her aim is not to force-feed opinions to anti-choice readers. Instead, Pollitt hopes that Pro will take hold in the “muddled middle”; the space where the majority of Americans sit with hopes of restricting abortion rather than banning it.

At the center of Pollitt’s argument is the idea that both abortion defenders and opponents use language that describe the procedure as traumatic, tragic, and difficult when it is often a clear decision for many women. Young teenage girls, students progressing in degree programs, and mothers unable to provide for a larger family might make the choice to have an abortion with little more than a second thought, like 3 out of 10 women who make the same choice before menopause. Pollitt uses pointed and intelligent discussion to pull together reasons why choosing abortion doesn’t have to be a tragedy, while smartly refuting common arguments about birth control use and adoption as classist and sexist.

If anti-abortion leaders were opposed only to abortion, why would they be so keen to stretch its definition to include the most effective and most popular methods of contraception? Why do they cling to the notion that the Pill causes abortion? Why don’t they welcome recent studies showing that emergency contraception prevents ovulation, not implantation? The fact that they grasp at straws suggests what they really object to is sex without a significant threat of pregnancy and the social changes connected to that.

In sections that cover personhood, the role of women and motherhood as well as the potential for compromise on abortion, I found myself underlining full paragraphs. I picked up Pro from my place as a passionate liberal excited to read great arguments from a position I firmly believe in, but didn’t expect Pollitt to open my eyes to the pro-choice movement’s gray areas and have me seeking volunteer opportunities as soon as I finished. 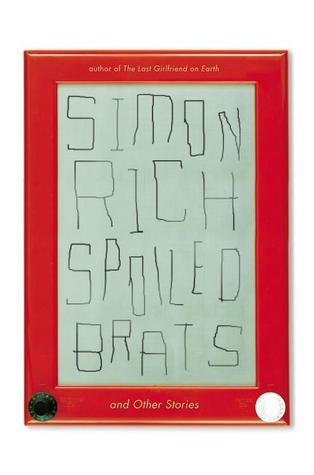 I’ve long been a person who enjoys a short story here and there, but rarely goes hunting for collections (and I don’t think I’m alone). The exception to that rule is Simon Rich. After hearing raves over his 2013 collection, The Last Girlfriend on Earth, I picked it up and immediately fell in love with Rich’s quick, offbeat humor. With his fourth collection Spoiled Brats, Rich not only proves that love wasn’t just a fluke–he turns it up a notch.

It should come as no surprise that a former writer for Saturday Night Live knows how to craft a well-written joke, but Simon Rich does it with a keen sense of both his audience and the specific, timely world we’re living in. At just 30, Rich is deeply immersed in the generation he questions, embraces and critiques in each of his stories. Though I loved The Last Girlfriend on Earth, Rich has completely outdone himself with the smart and perfectly ironic social commentary in Spoiled Brats.

That commentary–the concept of Spoiled Brats themselves–becomes the thread that weaves the stories in the collection together without ever feeling blatant or forced. Readers who struggle with far-flung or haphazardly gathered story collections will appreciate the cohesiveness

Without a doubt, the collection’s masterpiece is the 74 page near-novella Sell Out, which tells the tale of Rich’s great-great-grandfather returning to Brooklyn after 100 years accidentally brined in a pickle vat. Yet, Spoiled Brats is sprinkled with vastly shorter pieces that play with time and reality in incredible ways without losing touch with Rich’s central theme. From the opening story, told from the perspective of a classroom hamster, to the play on an old joke that turned into a viral hit earlier this year, Rich has a firm grasp on both classic and quirky humor. 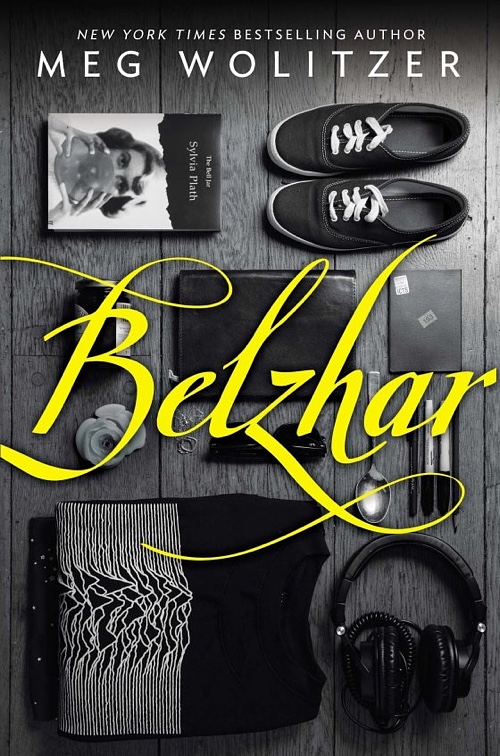 The Wooden Barn is a school specifically designed to care for “emotionally fragile, highly intelligent teenagers.” Teenagers like Jam Gallahue, who is “sent here because of a boy. His name was Reeve Maxfield, and I loved him and then he died.” When Jam arrives at The Wooden Barn, she finds out she’s enrolled in a course called Special Topics in English, which is taught by veteran instructor Mrs. Quenell only when she has the perfect set of students. Mrs. Quenell chooses to focus solely on the work of Sylvia Plath with Jam’s small class and gives each student a journal to write in weekly. Though they are reluctant at first, Jam and her classmates soon allow the journals to become both their bond and their place of healing known as Belzhar.

While the class discussions on Plath push them to approach reality in a new way, the students are thrown into their past through the journals. Wolitzer walks the line between her characters’ literary conversations and magic realism with ease. The dreamy of world of Belzhar that Jem and her classmates enter when writing feels less like fantasy and more like the place many of us drift to when we’re lost in words. Though the novel’s neatly wrapped closing chapter feels like a misstep, everything leading up to it is precisely placed.

‘And you’re all so young. Plath’s protagonist is young, too. To be on the verge of your life and not be able to enter it… That ought to be prevented whenever possible.’

I fear some readers, particularly those more familiar with Wolitzer’s adult fiction, will see Jam’s final realization in Belzhar as a mere plot device and miss the smart observation behind it. As adults we so often forget the all-encompassing experience of being a teenager, which can make it easy to discount the emotions Belzhar’s characters experience. I don’t know if my empathy stems from years of teaching girls like Jam or simply leftover sting from my own adolescence, but I was draped in feeling for the characters and appreciation for Wolitzer’s insight throughout my reading experience. My thoughts kept returning to readers who need this book, who need Mrs. Quenell and Belzhar; those who will find comfort in knowing they aren’t alone, even in situations much different from Jam’s, and begin to seek solace in the written word. Beyond bending plots or bits of magic realism, that comfort is Belzhar’s greatest gift.