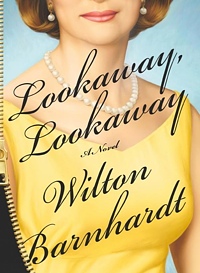 Duke and Jerene Johnston are pillars of Charlotte, North Carolina’s high society, holding up the façade of their family’s rich Confederate heritage while attempting to bury secrets both past and present. Rather than helping the Johnston’s hold their spot on the social ladder, Duke and Jerene’s four children seem bound to knock the family down as their lives grow increasingly scandalous. Even Jerene’s siblings have a difficult time conforming to the high Southern standards her family was raised to follow. Though she understands that society is changing around her, Jerene is determined to hold on to her family’s legacy–at any cost.

I’ve mentioned before that I’ve only lived below the Mason-Dixon for five years, so I’m still adjusting to all the intricacies of Southern culture (like when I had to give my students a flier for cotillion, though I had no clue what it was?), but there is no denying the truth behind the characters in Lookaway, Lookaway. While they are no doubt extreme and satirized, it’s hard not to find a familiar face in the Johnston clan, regardless of your background. Among them: a drunk, slurring brother who penned a series of bestselling Civil War novels, leaving him piles of cash. A daughter who gives up her preppy outfits and perfect GPA to join the wildest sorority in college, only to find herself being taken advantage of, while her sister fights to swim against everything the Johnston family stands for. But Lookaway, Lookaway’s most unforgettable character is the family matriarch, Jerene Jarvis Johnston. The polarity between Jerene’s strict Southern manners and brutally uncompromising tactics when protecting those around her is both shocking and endlessly entertaining.

It’s as if, thought Annie, some wicked masculine committee in charge of Life had known the women would worry their pretty little heads over all this rigmarole and thereby leave the running of the big important world to the men, who would look upon all the flounces and frills, tears and hysteria, with a knowing wink, a nudge in the side, Told you that’d keep ’em occupied.

Each member of the family is given a point-of-view chapter, which allows the plotlines to be told from different perspectives–a perfect device when dealing with family secrets. Over the course of several years we are welcomed into the Johnston family, through tales both humorous and heartbreaking, and watch as it slowly falls apart. After nearly fifteen years, Wilton Barnhardt has returned with an insightful, irresistibly fun novel that is already on my favorites list. 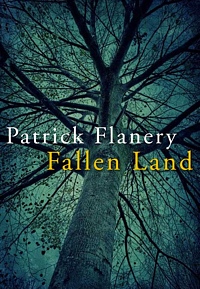 Just outside a large Midwestern city Louise Washington attempts to hang on to the last pieces of Poplar Farm, which has been in her family for generations, as architect Paul Krovik develops a luxury suburb on tiny tracts around her. Though their creation has cost Paul his family and savings, the poorly constructed Victorian style homes fail to sell, pushing him to the edge of insanity. While Louise and Paul feel like they are losing everything, Boston couple Nathaniel and Julia excitedly purchase one of the suburb’s foreclosed homes after Nathaniel’s job moves them to the area. But the family’s idyllic situation soon shifts when their son Copley’s behavior begins to change, and he becomes convinced that someone is living in the house with them.

Though he exposes the house’s secrets early on, Flanery fills Fallen Land with an eerie sense of dread that is nearly impossible to shake. That feeling is not caused by spirits or the supernatural, however; it comes from a blend of competition, greed and inevitable failure. Flanery’s characters speak to the American mindset of recent years, constantly grasping for more and eventually feeling the fallout in an incredibly written parallel.

They do not know the beauty of blackness, the glory of the dark earth. Their lights are everywhere, flooding gardens and houses, blocking out stars. For the first time, I knew summer evenings with no fireflies, as though the creatures saw the light of those blazing houses and realized they were outmatched.

Louise is the callback to previous generations and the single, graceful exception to the excess of the novel’s other characters. Instead of writing a bitter woman determined to distance herself from the world, Flanery allows Louise to express her sadness over the loss of her land in beautiful prose while also creating a close relationship with Copley.

With marvelous passages, well developed characters, and a driving plot, Fallen Land has the trifecta that instantly shoots a novel to my list of favorites. Patrick Flanery has penned a novel both disturbing and astute that should be penciled in on every summer reading list. 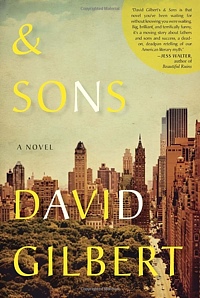 Reclusive novelist A.N. Dyer, author of the fictional American classic Ampersand, makes his first public appearance in years at the funeral of his lifelong friend Charles Topping. Overcome by the task of eulogizing Topping and recognizing his own mortality, Dyer seeks out the presence of his three sons, all living vastly different lives. In a whirlwind week, the family works to untangle threads from the past while keeping a hold on the present.

While reading & Sons, I was constantly struck by the amount of effort Gilbert put into imagining A.N. Dyer’s career. Rather than simply creating a book synopsis and writing a quote or two, Gilbert fills pages of & Sons with pages from Ampersand and brings his characters to life through their relationship with the novel. Yet, there is a world of depth beyond the brilliant frame of A.N. Dyer’s books. Gilbert peeks into each of his character’s lives through snapshots, slowly unwrapping secrets that have been hidden for years. Though the first person narration from Topping’s son Philip feels like a slight misstep at first, allowing the speaker in each of the storylines to blur, its purpose grows clear as the novel progresses. Philip’s voice becomes necessary as the lives of the sons weave closer and eventually collide in a startling conclusion.

But Perhaps Gilbert’s greatest achievement is writing a literary novel centered almost wholly on male characters without focusing on their romantic or sexual relationships. While teenage crushes, marriages, and affairs are mentioned, they are part of the plot not the theme. Instead, & Sons delves into the delicate bonds between friends, fathers, and sons; beautifully tracing how the past can shape the future in the most unforeseen ways.

Race Across the Sky 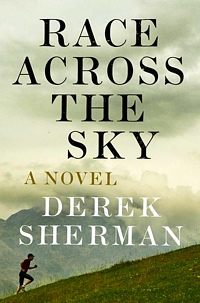 After September 11, 2001 Caleb Oberest left his successful finance job in New York City to join a group of secluded ultramarathon runners living in Boulder, Colorado. Cut off from their families and much of society, members of the Happy Trails Running Club devote their lives to competing in 100-mile marathons through treacherous terrain. In San Francisco, Caleb’s brother Shane is moving from selling pharmaceutical drugs to working with a biotechnology company when he hears from his brother for the first time in nearly ten years. Breaking one of the running club’s rules, Caleb has fallen in love with another member and is desperate to find a cure for her infant daughter’s fatal genetic disease, something Shane is unsure he is able to do with a new baby and family of his own.

While Race Across the Sky may seem like a novel about marathon runners and drug companies, its core is much deeper and more intricate. Sherman manages to use two science-centered topics to hold up the inner workings of his book: themes of family, morality, and truth, which feel incredibly human. As the novel progresses, it becomes clear that he has a talent for finding and highlighting the beauty in small, seemingly insignificant moments that others might miss.

Despite the fact that I am definitely not a runner or a scientist, I found myself begging for just one more chapter through my whole reading experience. Though their situations and lives are extreme, Sherman’s characters feel undoubtedly real and they are hard to let go of. Race Across the Sky is a wholly original, well researched, and beautifully executed debut that should be in the hands of as many readers as possible.

The People in the Trees 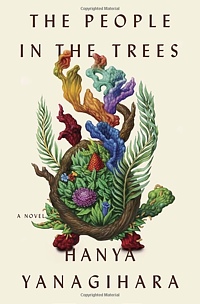 Fresh out of medical school in 1950, Dr. Norton Perina longs to study disease over working with patients. When given the opportunity to accompany anthropologist Paul Tallent on an expedition to Ivu’ivu, an unexplored island in Micronesia, Dr. Perina gladly accepts. Over time, the Americans discover a group of islanders that live much longer than average humans, but with progressively declining mental health. Believing the long lifespan of the Ivu’ivu is caused by a turtle native to the island, Dr. Perina brings one back to the states, setting off a chain of events that eventually lead to both a Nobel Prize and his imprisonment.

Hanya Yanagihara’s first novel is framed by narration from Dr. Ronald Kubodera, Dr. Perina’s protégé, who has received a manuscript of the Dr.’s autobiography, which he wrote from prison. The majority of The People in The Trees is made up of Dr. Perina’s autobiography with clarifying footnotes from Dr. Kubodera, detailing his childhood, schooling, and study of the people of Ivu’ivu. Yanagihara’s creative framework allows the novel to read more like a lyrical diary than a piece of fiction.

Make no mistake, peeking inside that diary is not always pleasant. It’s clear from the start of the The People in the Trees that Dr. Perina is an unreliable narrator. He’s in prison for heinous crimes, some of which he’s willing to claim while other pieces he sidesteps. Beginning with his time among the people of Ivu’ivu and particularly more so after, Dr. Perina’s moral compass is constantly skewed, making many of his decisions quite unsettling to read.

But the novel’s difficult subjects make it possible for Yanagihara to highlight themes like discovery, morality, and humanity in complicated questions that beg to be turned over and discussed. The amount of research and careful planning that went into this debut is remarkable, and Yanagihara should prepare for the mountains of praise she is sure to receive.