Richmond weather might still be up in the air, but you can count on these four books for a great spring read. 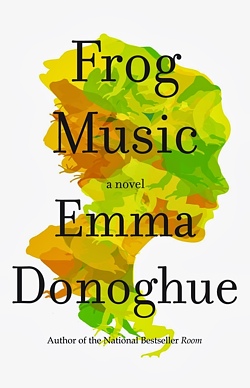 French burlesque dancer Blanche Beunon and her frog-catching friend Jenny Bonnet, notorious for wearing men’s clothing, might seem an unlikely pair. But their friendship is just the start of the wild events that take place in the summer of 1876, while San Francisco swelters under both a heatwave and an outbreak of the smallpox virus.

Frog Music is based on snippets from a real-life murder mystery, but the novel’s strength is in its characters. As she did in her last novel, the wildly popular Room, Donoghue writes with deep observation–not just of place, but of people in society. Blanche and Jenny are such vibrant characters that their complexities propel the story just as much as the murder being solved.

At San Miguel Station, the fifteenth of September stops and starts, stops and starts. Only when Blanche realizes she’s twisting her neck to get out of a puddle of light does she think: day. And then the terror seizes her again.

The novel flashes back and forth rather quickly, which can feel jarring at times, often disrupting the flow of an otherwise brilliant novel. Still, what Emma Donoghue gives readers with Frog Music is proof that she writes just as beautifully in grand expanse as she can in a closed off room. 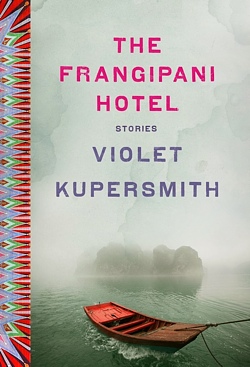 The Frangipani Hotel starts with a teenage girl, begging her grandmother to share her stories from her life in Vietnam. The girl is focused on learning about her culture, but not because she wants to hear what her grandmother has to say; instead, she’s worried about dates and continuity for the grade on her school project. As her grandmother begins to weave a mysterious tale of a boat on a lake, the girl realizes that the tales her grandmother has to tell are nothing like what she expecteddid yo.

Violet Kupersmith has taken traditional Vietnamese ghost stories and woven them with those of Vietnamese immigrants and their children. Though all of the book’s tales are unique, each one takes a glimpse at the after effects of the Vietnam War on the country and its people. Revealing too much about the stories hidden between the book’s pages would be giving away the best part of this reading experience. Dark and eerie in the best way possible, the stories in The Frangipani Hotel read like grown-up versions of Scary Stories to Tell in the Dark, often holding their grim twist until the last sentence.

In her early twenties, Violet Kupersmith is definitely a name to watch. I’m already looking forward to reading her first full novel, which is currently in the works.

The Land of Steady Habits 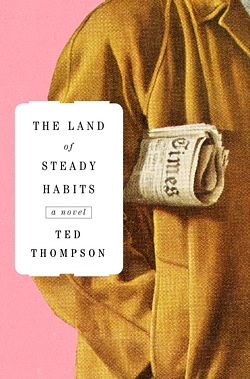 In his early sixties, Anders Hill is late for his mid-life crisis, but finds himself quitting his job and divorcing his wife. After being completely cut off from his old life and re-establishing himself in an empty condo, Anders makes the mistake of showing up at the holiday party his former circle of friends has been attending for years. Before the night is through, Anders will meet his wife’s new flame, find himself outcast with the host’s teenage son, and set forth on a path fumbling toward late adulthood.

Though the basic premise of The Land of Steady Habits is one we’ve seen before, it’s clear from the first page of the novel that the writing is what sets the story apart. In dry, but deep third-person prose and chillingly honest dialogue, Thompson follows Anders through his late-life unraveling without the overuse of tropes or devices.

It had always troubled him that the moment you reached a point in your career where you had the means to improve a house was also the same moment you no longer had a family to live in it.

Scenes, memories and interactions cut into the forward motion of Anders’ new choices, giving readers a picture of his time in college, early relationship, and years with his children. Over the course of the short novel, Thompson is able to frame out an entire life while also detailing it spiraling out of control. The Land of Steady Habits is a debut novel well deserving of the comparisons it is receiving, but also worthy of high praise in its own right.

All the Birds, Singing 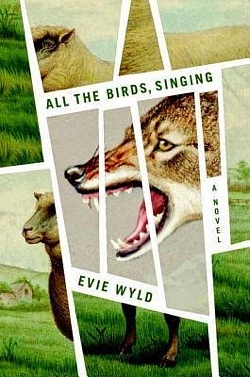 Alone on a dreary, secluded British island, Jake Whyte wakes to find that something, or someone, has killed some of the sheep she is responsible for tending. Jake grows increasingly paranoid as she begins to hear scratching and voices in the night, shaken by both her solitude and the haunting fears of the life she left behind.

Told in a series of flashbacks intersected by present day, readers journey backward through Jake’s life, as All the Birds, Singing pieces together the horrific events that led her to seek life alone on a quiet island. Through this style, Wyld builds not only the tension of her beautiful novel, but the depth of its increasingly complex protagonist.

The atmosphere of All the Birds, Singing is full of weight and rain, soaking every page of the novel in a ceaseless dampening that readers can practically smell. Wyld’s writing is absolutely transformative and makes it nearly impossible not to feel Jake’s isolation, strength and tension.

Already topping lists in the UK since its release last year, All the Birds, Singing is a marvel of a novel sure to find accolades and awards here in the US as well.